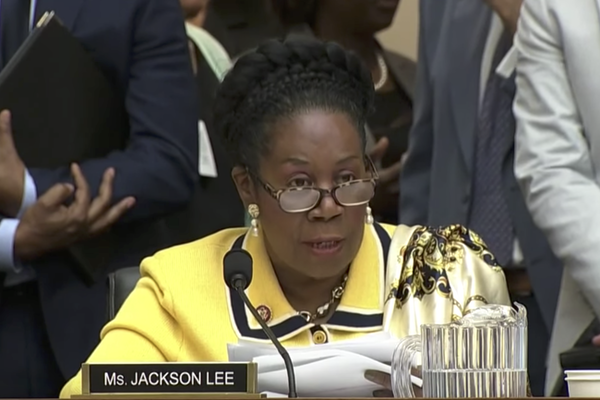 When I was growing up, white racism was a powerful and ubiquitous force in American life. It was impossible to ignore and nearly impossible to remain untouched, even if one consciously believed that skin color had nothing to do with human worth.

The outburst of civil protest about racism in the 1960s was a sign of American optimism: our democracy had severe flaws with deep historical roots, but they could be overcome through peaceful political action. The intransigence of openly racist politicians from the South and covertly racist politicians from everywhere else would yield to massive popular dissent. The Civil Rights Act of 1964, the Voting Rights Act of 1965, and the Fair Housing Act of 1968, among many other legislative victories for racial equality, introduced a new era in American history.

It was comforting to believe that over time America would no longer be divided unequally into black and white, that the effects of racism would gradually disappear as legal racism itself became a thing of the past. Viewed from today, that idea appears hopelessly optimistic, the dream of political Pollyannas, who ignored the long history and crude reality of American racism. Every survey and social scientific study demonstrates the continuing power of racism to distort and impoverish the lives of black Americans. What is relatively new is the congruence of the partisan and racial splits.

Much has changed for the better, as evidenced, for example, by the ability of black politicians to win races in every state. The ceiling on black political success has been lifted a bit, but not broken. Until 2013, there was never more than one black Senator in office. Although about half of US Senators had first been elected to the House of Representatives, that only works for white politicians: only one black, Republican Tim Scott, has moved from the House to the Senate. There have been only two black governors in our history.

Donald Trump has certainly exacerbated racism in America, but the racist attitudes that he plays on never disappeared. While the openly racist public displays of ideological white supremacists have become more common, the much larger undercurrent of racist beliefs has finally found a comfortable home in the Republican Party base.

While racist Americans have congregated in the Republican Party, white Democrats appear to be moving away from racial resentment. Between 2014 and 2017, the proportion of white Democrats who said that the “country needs to continue making changes to give blacks equal rights”, has grown from 57% to 80%. A different study offers even stronger numbers. In both 2012 and 2016, about half of Republicans displayed “racially resentful” attitudes toward blacks, and only 3% expressed a positive view. Among Democrats, the proportions shifted: the proportion who were positive about blacks doubled and those who felt most resentful fell by nearly half.

Apparently, college-educated whites had long known that the Democratic Party was more likely to be sympathetic to blacks on racial issues, and thus sorted themselves politically according to their own racial attitudes. But less educated whites came to recognize this partisan difference more recently, especially during the Obama presidency, and those with racial resentments who had been Democrats moved to the Republican Party.

While white Americans who feel negatively about blacks and believe that too much has been done to redress centuries of discrimination are collecting in the Republican Party, Democrats, both politicians and voters, are openly discussing reparations. 80% of Democrats believe that the legacy of slavery still affects the position of black Americans. The House Judiciary Subcommittee on the Constitution, Civil Rights and Civil Liberties held an unprecedented hearing on slavery reparations last week. Rep. Sheila Jackson Lee of Texas has proposed a bill “To address the fundamental injustice, cruelty, brutality, and inhumanity of slavery ... between 1619 and 1865  and to establish a commission to study and consider a national apology and proposal for reparations”. Such a bill had been stalled in the House for 30 years. Now Speaker Nancy Pelosi says she supports it. The four Democratic Senators who are candidates, Sanders, Booker, Warren and Harris, all co-signed a Senate bill to study reparations. Julian Castro, Kirsten Gillibrand and Beto O’Rourke also support such a study. Amy Klobuchar and Joe Biden have been circumspect, but not dismissive. I couldn’t find any Republican political figure who supports even a study of the issue.

Reparations are already being considered: Georgetown University students voted 2 to 1 to impose a $27.20 fee on themselves to compensate the descendants of the 272 slaves sold in the 1830s by Georgetown’s founders.

One of the big arguments that Republicans, like Mitch McConnell, have used against even thinking about reparations is that slavery is 150 years in the past. But government discrimination against African Americans deliberately deprived them of financial resources in my lifetime.

Returning black veterans could not take advantage of the GI Bill because of racist tactics in North and South. Blacks were excluded from getting home loans in the newly expanding suburbs.

Reparations would certainly be difficult to decide upon and to administer. The clean partisan split over whether to consider the issue demonstrates how Republicans and Democrats are moving away from each other. We’ll see whether that strengthens or weakens continuing American racism.