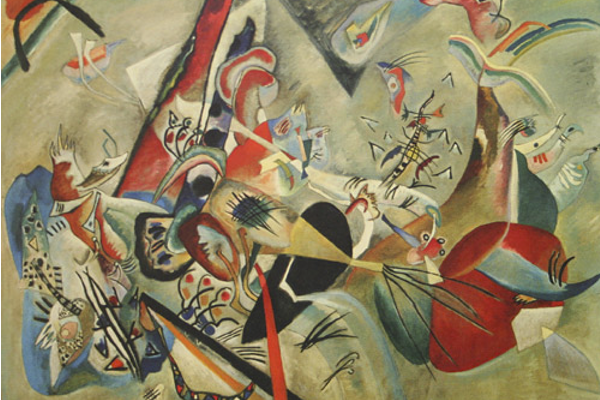 One hundred years ago today, fighting raged in the streets of Berlin. Kaiser Wilhelm II had abdicated in November 1918, and a new socialist government, led by reform-minded members of the German Socialist Party (SPD), had declared a democratic republic. Thousands of workers and sailors, dissatisfied with the moderate stance of the SPD leaders, demanded more radical policies, and revolted in Berlin in January. Not yet demobilized soldiers, the so-called Freikorps, fresh from defeat in World War I, were employed by the new government to destroy the revolt. The Freikorps killed hundreds of workers and assassinated two leaders of the newly founded German Communist Party, Rosa Luxemburg and Karl Liebknecht.

The radicals tried again in March to overthrow the SPD government – they called a general strike on March 3, which developed into renewed street fighting. Again the much more heavily armed Freikorps were dispatched by the government to put down the revolt. Gustav Noske, the new Defense Minister, issued a fateful order: “Any individual bearing arms against government troops will be summarily shot.” The ruthless Freikorps, led by extreme conservative officers who hated any manifestation of workers’ power, including the SPD government, hardly needed any encouragement. With few losses, they killed over a thousand workers. When several hundred unarmed sailors demanded back pay at a government office on March 11, twenty-nine were selected out and murdered.

Berlin was relatively quiet for a year. On March 12, 1920, the Freikorps, sporting swastikas on their helmets, and other right-wing military formations marched on Berlin in an attempt to create an authoritarian government. Military leaders on the government side refused to fire on fellow soldiers. The SPD government had to flee and a group of extreme conservatives declared themselves rulers of Germany. Adolf Hitler flew into Berlin to support the coup. Across Germany, army commanders and bureaucrats fell into line. This attempt to end the life of the new German democracy finally brought all leftist parties together in a call for a general strike, in which millions of workers paralyzed the country as protest against the so-called Kapp putsch. After four days, the putsch collapsed and the SPD government returned to Berlin.

The conspirators were treated leniently in comparison to the leftist rebels. Kapp and the other leaders were allowed to leave the country. Most participants were given amnesty. The Freikorps were eventually dissolved and many of their members later joined the Nazi Party.

Its violent birth severely weakened the first German democracy, the Weimar Republic. The far left continued to advocate revolution. The far right was never reconciled to democracy and used violence against its representatives. The Nazi Party, while never gaining a majority among voters, was tolerated and supported by business and military leaders and conservative politicians, and was able to overthrow Weimar democracy bloodlessly in January 1933, and later murder 96 members of the German parliament, the Reichstag.

The city of Berlin is now commemorating the hundredth anniversary of the revolution of 1918-1919 with a broad palette of museum exhibitions, educational events, discussions, and tours under the title “100 Years of Revolution – Berlin 1918-19”.

One of the most striking changes triggered by the November Revolution in Germany, and more generally the revolutions in eastern Europe provoked by the Russian Revolution, was the conquest of the art world by a radically new conception of the nature of visual expression. The political revolution encouraged and was welcomed by young German artists, who sought to overthrow the traditional reliance of visual artists on more or less realistic representations of the material world. Calling themselves the Novembergruppe, an “association of radical fine artists”, they, like their colleagues in the new Soviet Union, rejected most accepted artistic conventions and called for a radical rethinking of what art meant. Breaking out of the stultifying traditionalism of German official art, the Novembergruppe offered artistic “freedom for every pulse”. But their ambitions went beyond aesthetics to seek the “closest possible mingling of the people and art”. “We regard it as our principal duty to dedicate our best energies to the moral construction of this young, free Germany.”

Among the many “pulses” that the Novembergruppe promoted was a rejection of all forms of artistic realism in favor of pure abstraction. Following the lead of Russian innovators like Kazimir Malevich, the painters Wassily Kandinsky, Otto Freundlich,Walter Dexel and others created non-objective works of color and form. They invited the Dutch abstractionist Piet Mondrian and the Russian Lazar El Lissitzky to exhibit with them in Berlin.

Also exhibiting more recognizably political works challenging the German economic, military, and religious elite, the Novembergruppe caused outrage in the early 1920s. By the later 1920s, they had achieved astounding success. Their paintings, sculptures, and architectural drawings became accepted and copied. The innovative artists of the 1920s revolutionized our conceptions of the nature of art. In nearly every cultural field, forms of creative expression which had been deemed distasteful, even repulsive, by the cultural elite became first acceptable and then dominant. Without the innovations of the 1920s, it is not possible to understand contemporary music, painting, or architecture.

Yet the broader ambitions of the German cultural radicals of the 1920s fell flat. Their radical ideas had little appeal to broader masses of the population, who still sought traditional forms of beautiful art. Art did not transform life. Their radical politics had restricted appeal. After 1933, the Nazis exploited popular preference for traditional art to categorize the Novembergruppe as “degenerate”.

In modern society, we are used to political art. Artists often express political beliefs through artistic creations as a means of influencing popular opinion. Some are individually successful, such as Margaret Atwood’s The Handmaid’s Tale or Norman Rockwell’s painting about school integration “The Problem We All Live With”. But a collective ambition to remake society through art has been absent since the idealism of Russian and German artists of the 1920s ended in disaster in the 1930s. The social vision of the Bauhaus has been subsumed in capitalist commercialism at IKEA. The Novembergruppe’s radical manifestoes are now museum pieces on display at the Berlinische Galerie for 10 Euros.