Gerhard L. Weinberg is emeritus professor of history at the University of North Carolina at Chapel Hill and the author of A World at Arms: A Global History of World War II (Cambridge University Press, 1994). 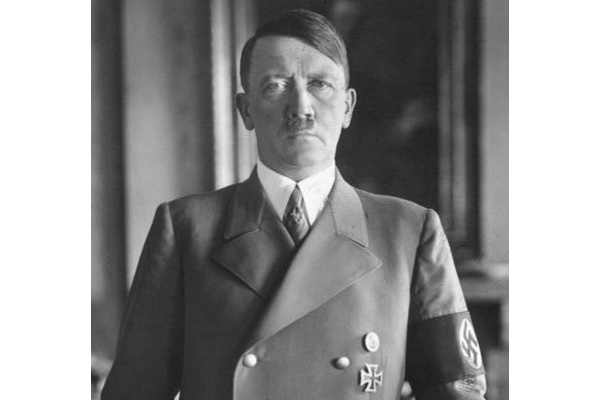 Editor's Note (1999): In his new book, A Republic, Not an Empire, Patrick Buchanan claims that as of mid-1940 Hitler "was driven by a traditional German policy of Drang nach Osten, the drive to the East." He did not want war with the West, insists Buchanan. (Pp. 268-69.) Why then did Hitler, following Pearl Harbor, declare war on the United States? Buchanan insists this was the irrational act of a madman. In fact, insists Gerhard Weinberg, it was consistent with an objective Hitler had long nourished.

It had been an assumption of Hitler's since the 1920s that Germany would at some point fight the United States. As early as the summer of 1928 he asserted in his second book (not published until I did it for him in 1961) that strengthening and preparing Germany for war with the United States was one of the tasks of the National Socialist movement. Both because his aims for Germany's future entailed an unlimited expansionism of global proportions and because he thought of the United States as a country which with its population and size might at some time constitute a challenge to German domination of the globe, a war with the United States had long been part of the future he envisioned for Germany either during his own rule of it or thereafter.

During the years of his chancellorship before 1939, German policies designed to implement the project of a war with the United States had been conditioned by two factors: belief in the truth in the stab-in-the-back legend on the one hand and the practical problems of engaging American military power on the other. The belief in the concept that Germany had lost the First World War because of the collapse at home -- the stab in the back of the German army -- rather than defeat at the front automatically carried with it a converse of enormous significance which has generally been ignored. It made the military role of the United States in that conflict into a legend. Believing that the German army had not been beaten in the fighting, Hitler and many others in the country disbelieved that it had been American participation which had enabled the Western Powers to hold on in 1918 and then move toward victory over Germany. They perceived that to be a foolish fable, not a reasonable explication of the events of that year. A solid German home front, which National Socialism would ensure, could preclude defeat next time; the problem of fighting the United States was not that the inherently weak and divided Americans could create, field, and support effective fighting forces, but rather that they were so far away and that the intervening ocean could be blocked by a large American fleet. Here were the practical problems of fighting America: distance and the size of the American navy.

To overcome these practical obstacles Hitler built up the German navy and began work on a long-range bomber -- the notorious Amerika Bomber -- which would be capable of flying to New York and back without refueling. Although the bomber proved difficult to construct, Hitler embarked on a crash building program of superbattleships promptly after the defeat of France. In addition, he began accumulating air and sea bases on the Atlantic coast to facilitate attacks on the United States. In April 1941 Hitler secretly pledged that he would join Japan in a war on the United States. This was critical. Only if Japan declared war would Germany follow.

As long as Germany had to face the United States essentially by herself, she needed time to build her own blue-water navy; it therefore made sense to postpone hostilities with the Americans until Germany had been able to remedy this deficiency. If, on the other hand, Japan would come into the war on Germany's side, then that problem was automatically solved.

Hitler was caught out of town at the time of Pearl Harbor and had to get back to Berlin and summon the Reichstag to acclaim war. His great worry, and that of his foreign minister, was that the Americans might get their declaration of war in ahead of his own. As Joachim von Ribbentrop explained it, "A great power does not allow itself to be declared war upon; it declares war on others." He did not need to lose much sleep; the Roosevelt administration was quite willing to let the Germans take the lead. Just to make sure, however, that hostilities started immediately, Hitler had already issued orders to his navy, straining at the leash since October 1939, to begin sinking American ships forthwith, even before the formalities of declaring war. Now that Germany had a big navy on its side (Japan's), there was no need to wait even an hour.

This article is excerpted from Gerhard Weinberg's Germany, Hitler, and World War II (Cambridge University Press: 1995). It is reprinted with permission of the author and publisher and was reposted at TomPaine.com in 1999.

Quite obvious that its an extreemly vauge source and a lot of speculations. That America would have been ever considered a threat to Germany is more childish and after constructed than what any man living of that age would have ever even speculated about. Germany was by the strongest military power and Hitler developed long range V2 missles to blast America, that was as far he was concerned what level America was, some kind of pathetic enemy that could be sueing for peace when being bombarded by these long distance missles while the americans themselves were unable to return the fire. However Hitler made a smililar scheme on England and failed there so, maybe he was misstakening, but at any rate he never speculated in pre war time about US navy being too big since then why the heck would he challange the British navy which was quite more deadly even if perhaps not more up to date. Last of all speaking of large populations. USA had rougly twice the German population at that time. The Soviet, UK & France had altogether almost 5 times the German population, once again a lame excuse to believe Hitler would have considered America a threat. As also proved in battle the Americans were highly uneffective agienst the germans and most people can agree on that the german mp40 was superior to the American Thompson all from day 1. Since then however Germany had invented many newer and better guns such as STG44 / Mp44 along with highly advanced tanks the Americans were totally unable to break (as of the Tiger) However the Americans won by cheer numbers and by that only. However it's not strange because even if most Americans seems to believe that the WW2 was between US & Nazi Germany and US & Japan the WW2 was actually mainly a war between Japan and England & Soviet and Nazi Germany. I could go on forever, but I doubt anyone will read it so ill just quit.

Hitler wanted war with the USA so soon? I was under the impression that the attack on Pearl Harbor caught him off guard and he was furious that it was done so soon. That he didn't want the USA involved for a long time. The Japanese saw their chance and did it. Too bad their code had been broken and the four most important ships set sail days before their scouts arrived. In the end it cost them the war.