With Academic History in Crisis, can Departments Pivot to Reach Interested Audiences? 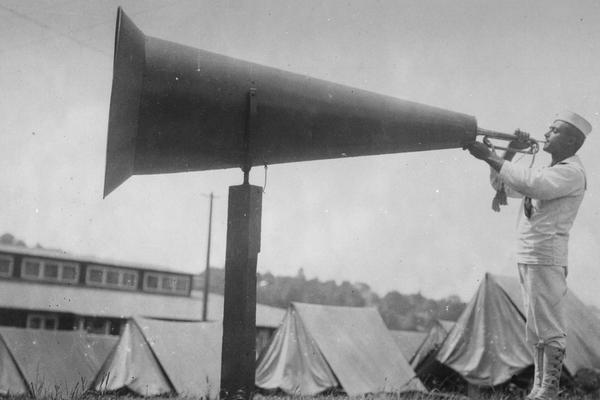 When you work in higher education, people will tell you what they think of your discipline. All of the mathematicians I know are constantly told by people they’ve just met how much they hate math. As a historian, probably about a third of the general public quickly tells you that they never liked history. But it’s probably also a third that tells you they really appreciate history now that they’re older and they wish they had studied it more. What are we doing with this information?

On the one hand, history is one of the struggling liberal arts disciplines. When we look at undergraduate majors, history is in decline almost everywhere. Of course, there are exceptions. In The New Yorker, Eric Alterman examined the “decline of historical thinking” as an example of inequality. People at the most prestigious universities still do study history. But the overall decline is significant enough that it may be irresponsible to send your best students to grad school. According to recent numbers, of the 1,799 new history PhDs between 2019 and 2021, only 175 found full-time work as faculty. This is beyond bleak.

On the other hand, Americans don’t actually hate history. They just don’t necessarily appreciate it as undergraduates. Ken Burns’ Country Music reached over 34 million viewers. And history programming happens all the time on PBS and other channels. History also shows up in book sales. Americans buy books from the history and biography categories every year. History trends in podcasts. Dan Carlin’s Hardcore History gets millions of downloads per episode—and the episodes aren’t short. Malcolm Gladwell gets paid by Pushkin to make Revisionist History, which is not entirely about history but always engages the past. There are millions of people who subscribe to Substacks, but very few faculty who make them as part of their work. All kinds of adults are interested in history, but in higher ed we aren’t doing too much with that interest.

It's appropriate for universities to focus on undergraduate education and degrees, but it may be unnecessarily limiting to stop there. Why can’t history departments spend some of their time following the existing audience for their knowledge? Why doesn’t “running the university like a business” include attuning departments to the market and not just downsizing because of small class sizes of 18-22 year-olds? Barnes & Noble has turned itself around, why can’t our history departments do the same?

What could a reimagined history department look like? There are many ways that universities could better position their history departments. Right now, historians who attempt to reach the actual market of adults interested in history do so largely on their own, on the side. Why don’t history departments allow some faculty to do a podcast as a course substitution? Universities often have the technology and facilities to produce quality podcasts. A successful podcast could be an opportunity for revenue-sharing between the professor and the university. Why not try a substack as a course substitution? History departments could get encouragement to offer adult education classes, especially non-degree seeking. Many people want to learn more about history, they don’t all want to get another degree. History departments could also be positioned to offer quality lecture series for the community—again, not as an additional burden on faculty but as a substitute for some of their more traditional responsibilities. No doubt departments can think of many more unconventional ideas for engaging the public. These kinds of things could be revitalizing for departments and revenue-generating for universities.

Universities have everything to gain and nothing to lose from more creative approaches to expanding the reach of their history departments. You can squeeze faculty over class size and journal publications, or you can set them free to increase the impact of the university in your actual community. Most universities would like to have a higher profile in their neighborhood. Universities also benefit from having more people on campus more often. Traditional undergraduate course work does not do that. Neither does increasing graduate offerings. Events and programs that attempt to serve the actual market of people interested in history could do that. In many cases, faculty have ideas and skills. Why not attempt to cater to existing consumers of history where we find them—outside the traditional classroom?

When we downsize departments and don’t hire for history, we often say there’s just no audience for history. That’s just not true. It’s worth considering what responding to the existing audience of adults interested in history might look like within history departments. Not every history department can generate a hit podcast, but consider the contrast in number of listeners between a history survey course and a moderately successful YouTube channel. It’s time to reimagine what a history professor’s work can look like with more flexibility and fewer constraints. Colleges and universities stand to gain from such innovation.