Andrew Maraniss is a New York Times-bestselling author of sports- and history-related nonfiction for teens and adults. His other books are Singled Out (a biography of Glenn Burke, the first openly gay Major League baseball player), Games of Deception (the story of the first U.S. men’s Olympic basketball team at the 1936 Nazi Olympics), and Strong Inside (a biography of Perry Wallace, the first Black SEC basketball player). Follow Andrew on Twitter @trublu24 and online at andrewmaraniss.com. Inaugural Ballers comes out Sept. 13, 2022, and will be available wherever books are sold. 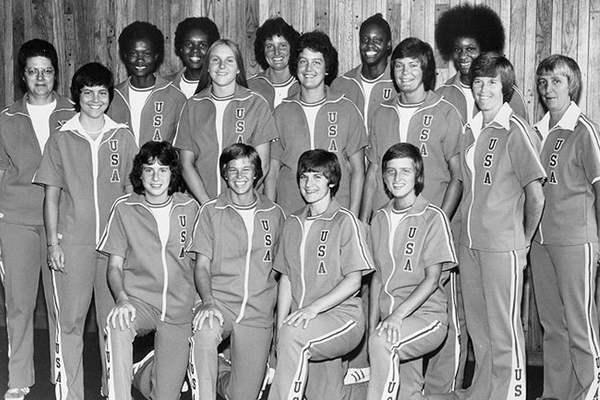 The locker room shook with music, women singing along with the Natalie Cole tape blasting from the small speakers in the corner.

THIS will be . . . an everlasting love

Someone turned off the tape player, and the room grew quieter. The only thing breaking the silence was the muffled murmur of thousands of spectators from around the world who had traveled to Canada for the eighteenth Olympic Games.

American basketball coach Billie Moore stood before her players in the bowels of the famed Montreal Forum, just minutes before her team was to play Czechoslovakia in a game to determine the winner of the silver medal. The women in front of her would go on to become some of the most legendary names in the history of the sport, but at this moment they were still largely unknown.1 For people who paid attention to women’s basketball, it was a surprise this team had even made it to Montreal, let alone that it was in position to earn medals in the first women’s Olympic basketball tournament ever played. The United States had placed a dismal eighth at the World Championships in Colombia a year earlier, only qualifying for the Olympics in a last-minute tournament for also-rans just two weeks before the opening ceremony. Heading into the Olympics, one sportswriter declared that the only positive thing anyone could say about US women’s basketball in the past was that it wasn’t the most inept program in the world. “Maybe the second or third worst,” he wrote, “but not the worst.”

A basketball coach must choose her words carefully in a pregame speech—just enough motivation, not too much pressure. As she scanned the room, locking eyes with the veteran co-captain from rural Tennessee, the brash young redhead from Long Island, and the quietly determined Black center from the Mississippi Delta, Moore sensed her players could handle a message that had been on her mind ever since the team’s training camp in Warrensburg, Missouri, six weeks earlier.

The coach had confidence in this group, and though she didn’t think much about politics, she understood the moment in time in which this team existed. In the summer of 1976, women were demanding rights and opportunities all over the world. The United States had just celebrated its bicentennial on July 4, a time for Americans to ponder whether all citizens were truly free.

Moore knew this game was an important stepping-stone on the journey to equality. Pat, Lusia, Annie, Nancy L., Nancy D., Mary Anne, Sue, Juliene, Charlotte, Cindy, Trish, and Gail wouldn’t just be playing for themselves but also for the women before them who had been denied opportunities. They would be playing for the little girls who yearned to hoop, and generations of athletes yet to be born.

Rather than calm her players’ nerves by telling them to remember this was just another game, no different than any they’d played before, Billie Moore laid it all on the line.

“Win this game,” she told her team, “and it will change women’s sports in this country for the next twenty-five years.”