Deadly Cucumbers and Roof Tiles: The Lines Separating Civilians from Combat Have Always Been Blurred

Nadya Williams grew up in Russia and Israel, and is currently Professor of History at the University of West Georgia. She is a military historian of the Greco-Roman World, and the co-editor (with Nicola Foote) of Civilians and Warfare in World History. 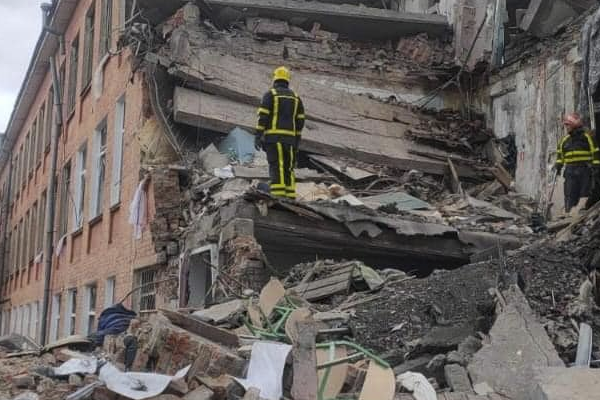 In the mid-fourth century BCE, a retired Greek general, Aeneas Tacticus, decided to condense the hard-won practical wisdom of his successful military career into a how-to manual on siege warfare. In his book, he went meticulously through every aspect of defending a city under attack. Those bolts that secure your city gates are more vulnerable than you think. Also, anyone out and about with a lamp at night could be signaling the enemy to betray the city. But what is most striking is not the content of the manual, but rather its audience. Aeneas addressed this military manual not to other generals, but rather to civilians without previous military experience. If you happen to be in a city under siege, and have no military forces in the city, just use this book. Results guaranteed. Maybe. Just see the blurb testimonials on the back.

Reading Aeneas’ text seems at times almost comical, except that we know that all examples of successes and failures that he cites to support his advice are historical. Every trick for compromising the integrity of the city gates, allowing the enemy to breach in, has a historical siege in mind. The situations for which he provides advice were literally life-or-death, since the fate awaiting civilians in a captured city was either death or, for those not killed, arguably worse than death. While the captors usually summarily executed all or most of the men in a captured city, including infant boys sometimes too, women and children were subject to rape and sale into slavery.

Aeneas’ manual was, without a doubt, revolutionary in its aims. In fact, no other such manual survives from the ancient world. And yet, his underlying assumption that even untrained civilians can defend their cities when pressed is not, as it happens, out of line with what we know of ancient warfare, even if most grand academic narratives of Greek and Roman warfare still focus largely on decisive battles.

Civilians in antiquity were known at times to be quite deadly. To bring up an example that post-dates Aeneas’s day, the general Pyrrhus – whose military career gave to us the term “Pyrrhic victory” – was famously killed when an elderly woman threw a rooftile at him, hitting him on the head. It is impressive to think that she managed to hit a moving target (Pyrrhus was riding past on horseback) from far above (she was on the roof, from which she got the dangerous tile). This also contrasts with Aeneas’ advice about enlisting women to help in a city’s defense: if short on men, just dress up some women in pots and pans, and have them march around atop the city walls. From afar, Aeneas assures, they will look like armed men, fooling the enemy into thinking that your forces are larger than they really are. But don’t let the women throw anything, he adds. Gendered stereotypes about women throwing, it appears, have a very long history.

But eerily echoing such stories across millennia, on March 5th of this year an unusual story broke: “In Kyiv a woman knocked down a Russian drone from a balcony with a jar of cucumbers. How did they expect to occupy this country?” For Liubov Tsybulska, a hybrid warfare expert who advises Ukrainian government and military, and who posted this story on Twitter, the intent was to boast of the no-nonsense strength of Ukrainian civilians, prepared to defend their country by any means necessary. But the story, at the same time, reminds us of the fragility of civilians and the impossibility of keeping them safe in a time of war. Just imagine staying awake all night to the sound of shelling, as this woman likely did, and then seeing the drone on your own balcony! What would you do? How would you feel?

And so, I would caution us against simply making heroes of these unwitting warriors, and would encourage us instead to consider the trauma involved in such experiences. As the International Committee of the Red Cross notes, “During the past 60 years the main victims of war have been civilians. The protection of civilians during armed conflict is therefore a cornerstone of international humanitarian law.” The Russian attack on Ukraine shows clearly the impossibility of keeping civilians safe in time of war.

On the same day, Jonathan Chait, a writer for New York Magazine, posted a question, also on Twitter: “Russia has more troops than Ukraine. But Ukraine has armed civilians. Is there a generally-agreed formula for how many armed civilians are equal in strength to a soldier? Or is it entirely context-dependent?” In a way, Tsybulska’s cucumber-wielding civilian is an answer to Chait’s question, but she is not the complete answer.

Chait’s question unwittingly stems from significant historical baggage, and was already being posed in the ancient Greek world. But when we ask these questions, we overlook one essential problem in warfare, ancient and modern: the line between civilians and soldiers has always been blurred. That is, in effect, the main thesis argument of the volume of essays by experts that Nicola Foote and I co-edited.

The instinctive ideal of many (although not all) leaders of every historical period has a clear binary in mind. Men and (depending on the country and time period) women in uniform do the fighting, while civilians are supposed to be safely away from battlefields. And yet, this binary has always been a fiction, and the air wars of modernity have only exacerbated this trend. In cities under siege and regions under attack, whether by ancient catapults or modern air raids, the distinction between civilian and soldier rapidly melts away. When the battlefield is suddenly your own balcony, you have no choice but to fight back with anything you have on hand. You might grab a jar of cucumbers. Or you might throw a rooftile.