Wheat and Deep Ports: The Long History of Putin's Invasion of Ukraine

Scott Reynolds Nelson is the Georgia Athletic Association Professor of History at the University of Georgia. His book, Oceans of Grain: How American Wheat Remade The World, about the Russian and American contest over the international market for wheat, will be published by Basic Books on February 22, 2022. 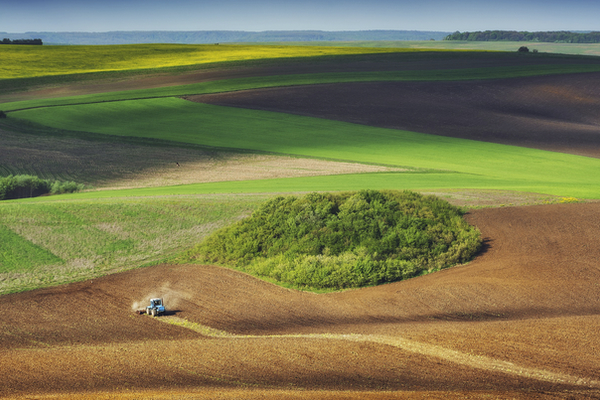 Observers discussing the Russian tanks, infantry vehicles, ballistic missiles, and soldiers massed at Russia’s borders with Ukraine have framed the story as either a reawakening of Cold War tensions or as Vladimir Putin’s attempts to stoke nationalist sentiment at home. But there is a bigger and much older geopolitical story behind this buildup of troops. One part of it goes back to 1768, when Tsarina Catherine II had tens of thousands of Russian soldiers move South to conquer the plains above the Black Sea. The war she started against both the Crimean Khanate and the Ottoman Empire was just one of many Russian wars of expansion into the Black Sea region. In 1768, however, Catherine the Great succeeded. She was bent on seizing land that would supply Europe with fuel. Her victory created the town of Odessa, and Odessa’s wealth would feed Europe for a hundred years and give Russia the wealth necessary to make it the largest land empire in the world.

If Ukraine brought Russia wealth it has always been more than that. It was and has been for many centuries the crucial logistical route for goods coming to and from the Russian heartland. For centuries before anything like Russia existed those pathways – called black paths (chorni shlyakhy in Ukrainian) – have cut across the plains. Traders and their oxen brought leather, wheat, and other goods down the so-called Varangian corridor from the Baltic to the Black Sea. Russian tanks and artillery are descending on the same route today. We now know from paleogenetic research that this route is even older than the ancient world. Indeed a globalized economy across the plains of Ukraine stretched back to roughly 2800 BCE, before Russia or any other empires existed. It connected Sweden to Manchuria.

But in the days before steam engines, the “fuel” that Europe sorely needed was not petroleum or natural gas but concentrated calories in the form of wheat and rye. At first glance, a Russian drive south to claim farmland may seem strange. Thousands of agricultural estates surround Petersburg, Moscow, and Russian towns along the Don River. But Russian land was nothing like the Goldilocks region of Ukraine: flat land, black soil, weather warm enough for two seasons of wheat, and access to deep water. These factors together drove Russian planners to invade the region again and again until Russia controlled most of the northern shore of the Black Sea. Russia, then and now, had vast mineral resources but it was grasslands, wheat, and deep, southern ports that put Russia on the map as a world power. Putting grain on the ocean fed the Russian Empire from the days of Catherine to the last days of the Romanovs. Catherine knew the strategic and natural value of Ukraine, as does Putin.

Ukraine’s necessity to the Soviet experiment should also be clear. Shortly after the Russian Revolution, in 1922, the Ukrainian SSR became one of the founding members of the USSR. By the 1930s – after Stalin created an artificial famine in Ukraine – those plains became Russia’s most important breadbasket. After World War II the Soviets spent billions trying to expand grain production elsewhere in Russia, particularly across the Urals in Russia’s far east. Through the 1980s even Ukraine was not enough. The Soviet Union was forced to sell oil on international markets and became the world’s largest importer of grain. When oil prices fell and grain prices rose after 1985 it produced a balance of payments crisis that was arguably the most important event that ended the Soviet Experiment. This crisis is well known inside Russia’s cabinet, even if it is not well known by Russia watchers.

After 1991, when the Soviet Union collapsed, Ukraine became independent. Russia managed to maintain power through a combination of bribery and intimidation. But then in the Euromaidan protests of 2013-14, Russian control broke down. The “loss” of Ukraine has dominated Russian thought ever since. Putin tellingly refers to Ukraine as “little Russia,” just as Catherine did. Putin, like his forebears the Romanovs, views Ukraine as a path to wealth and prosperity. Wheat exports sustained the Russian Empire and kept the Soviet Experiment afloat for three generations. Putin’s geographic goal is the same as Catherine’s was: access to world markets through the Black Sea.

Even though the energy equation has changed since the days of Catherine, the wheel is turning backward. Grain is on the rise again. Soviet attempts to drain Russia’s peatlands for wheat and rye have turned much of Russia’s landscape into a perfect field for Russian wildfires. These wildfires have repeatedly driven up food prices in Russia. Even today the average share of consumer expenditure devoted to food in Russia is nearly thirty percent, triple the expenditure in Europe and close to that of Libya, Tunisia, Syria, and Egypt, the countries whose governments collapsed during the surge of food prices that led to Arab Spring. Global climate change is making grain increasingly important as well. From April 1, 2020 to today international grain prices have increased almost fifty percent. Before the Russian-Ukrainian border crisis oil and gas prices were declining.

Putin’s strategy is not primarily about food of course. Nor does he wish to enfold all of Ukraine into Russia again or to return to Soviet-style central planning. His goal is to create a Ukraine that is a more easily manipulated pathway to wealth in the manner of the old imperial system where imperial governors ruled with the interests of the tsar at heart. The Minsk II accords that Putin demands would give the Donbas region – currently a puppet province operated by oligarchs and Russian military forces – veto power over any Ukrainian foreign policy that might interfere with Russian influence. Putin does not really fear NATO or EU status as such, but he rather desires continued power over the railway corridors and dockyards that pass through Ukraine to deep water. Those ancient pathways are both Russia’s lifeline to world markets and a convenient siphon for control by Russian oligarchs. A truly independent Ukraine threatens that power.

Key to an export-oriented empire like Russia is and always will be the Black Sea. If there’s a lesson in this latest surge to the Black Sea it is that every would-be empire thrives on the global traffic in food and energy. This is not the first conflict over the Black Sea and if the world survives this one, it will not be the last.