Veracity or Virality? How Social Media are Transforming History

Jason Steinhauer is the author of History, Disrupted: How Social Media and the World Wide Web Have Changed the Past, now available for pre-order. He is currently a Global Fellow at The Wilson Center. 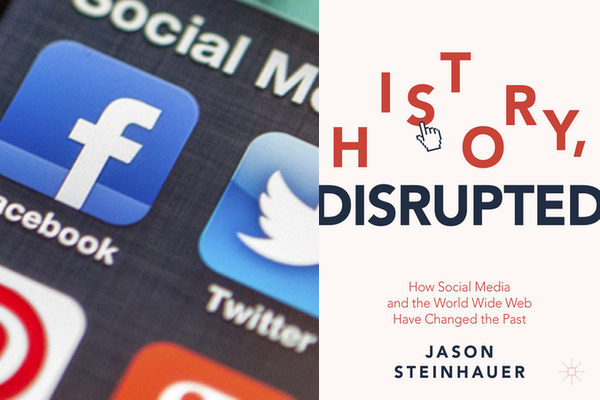 Wearing his U.S. Army uniform, with epaulets on each shoulder, the former professor and head of the Department of History at West Point starred in a 5-minute video for the conservative PragerU website about why slavery was the single most important cause of the U.S. Civil War. The video had 34.4 million views on the PragerU website, 12 million views on Facebook and 2.6 million views on YouTube. It was, at the time, one of the most-viewed history videos ever recorded.

Seidule is not the first historian to argue that slavery caused the U.S. Civil War, an assessment shared by nearly all in the profession. So, why did his video go viral? Timing mattered. Less than two months earlier, a 21-year-old named Dylann Roof entered the Emanuel African Methodist Episcopal Church in Charleston, South Carolina and murdered nine people. Photographs of Roof showed him brandishing the Confederate flag, reigniting a debate online and off about the flag’s continued presence in American life. Framing also mattered. The cause of the war was framed as a question, not a settled conclusion; the alleged controversy around the question was foregrounded within the video’s first ten seconds. Finally, the producer of the video mattered: PragerU’s financial resources enabled distribution of the video across the social Web. One analysis found PragerU to be among the ten biggest political spenders on Facebook.

How history online comes to our attention, then, has little to do with the accuracy of the information. This is one of the arguments in my forthcoming book, History, Disrupted: How Social Media and the World Wide Web Have Changed the Past. Instead, the prevailing factors that bring online history content to our attention are algorithms, social networks, how the content is framed, its relevance to the news cycle, politics, commercial motivations, power dynamics, misinformation and disinformation campaigns, and our own perceptions of history and its role in society. Content does not rise to the top of the news feed due its scholarly or factual merits. Political agendas and commercial agendas are almost always at play, the social Web privileging the attributes of a piece of content more than its veracity or accuracy.

Why does this matter? Because today there are millions of history videos, history blogs, history memes, history podcasts, history social media accounts and historically-informed news articles on the Web competing for our attention, advancing political and commercial agendas, and actively re-shaping what we know about the past. Some content goes viral; other content does not. Some amasses millions of views; some is barely seen. Some are accurate; some are not. Some are created by professional historians and informed by scholarship; others are made by journalists, history enthusiasts, teenagers, hobbyists, white supremacists, conspiracy theorists and foreign disinformation agents. It can often be difficult to determine which content is created by whom.

The sum effect has been the creation of a vast and expansive universe of history content over the past two decades that it is now as large as any category of content on the Web—or larger. That content is shaping what people know about history. A 2020 study by the Frameworks Institute found that pop culture, social media, and the news media are playing an increasing role in how the public thinks about the past. High school teachers repeatedly tell me their students form their ideas about history from what they see on social media. A college student told me that she and her peers get their history from Twitter threads, op-eds, news stories and Wikipedia, and that her younger brother gets his history from 15-minute videos on YouTube. Another student told me that on any given day she watches five history videos on YouTube just while making dinner. A journalist told me she gets her history primarily from Instagram, while a high school student in California told me she gets her history primarily from TikTok. How we understand, learn and communicate history has been completely disrupted by technology. Historical information is now a fragmented and atomized part of the news feed, intertwined with the onslaught of information that reshapes our perceptions of reality each day.

My book History, Disrupted charts this vast universe in order to better understand how the social Web has changed our understanding of the past. It digs below the surface to reveal what agendas are at work, what tactics are used to achieve visibility, how the platforms dictate what pasts we encounter and which we never see, and how Web users can be better consumers of historical information online. As is clear from the PragerU video, history content online that adheres to, and aligns with, the values of the social Web stand a greater chance at visibility than the content that does not. To know why, we must better understand how this universe of content came into being, and how the social Web creates the tangled complexity of history that we see on our phones, computers and tablets each day. Facebook, Twitter, Instagram and other social media are not solely re-writing the present; they are also re-writing the past.