On Writing The Bright Ages

David M. Perry and Matthew Gabriele are the authors of the new book The Bright Ages: A New History of Medieval Europe. 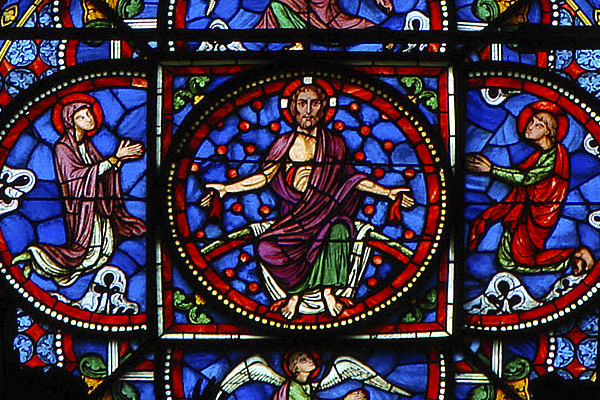 We met at a conference, we don’t remember which precisely but probably at the International Congress on Medieval Studies in Kalamazoo, Michigan, where in pre-pandemic times thousands of medievalists gathered every year. We both worked (broadly) on the Crusades, on the contours of holy war, but came at our topics obliquely - not focusing on armies and campaigns but rather saints, nostalgia, and religious rhetoric. We ended up at many of the same panels, had questions about the other’s research. And then, perhaps as a mode of self-preservation, we talked about things other than our looming dissertations: teaching, mentors, the need to publish, the job market, grading, and the Red Sox (David) vs Yankees (Matt).

But we also talked about what led us to the medieval world, about how there seemed to be many medieval worlds. Some of those medievals lived in academia but many others were born and raised in popular culture. And we wondered how people determined which Middle Ages they were talking about? To whom did those “Middle Ages” belong? What could we - as in the two of us and our close colleagues, but also as a field - do to shift the understanding of the medieval European past away from hidebound stereotypes to the more permeable hybrid past that we saw in our sources?

A decade passed, our children grew, and we remained friends. Matt became the chair of his department and David became a journalist and left his job as a professor to move back to the Twin Cities. Both of us became more concerned about the different publics we were speaking to, particularly as we became aware (to our shame, much later than we should have) of the way that medieval studies as a field needed to - finally - wrestle with some difficult ethical questions regarding its relationship to white supremacy. We devoured our colleagues’ writing and tried to “translate” some of our own research to wider publics.

Things came to a head in January 2019 when Matt visited the Anglo-Saxon Kingdoms exhibition at the British Library. The brilliance of the collection -- its shimmering gold, brilliant colors painted on vellum, radiant variety of material objects – didn’t match the materials in the gift shop. What people saw and experienced wasn’t matching what they were encouraged to take away. The books on sale there were either narrowly focused or far older than they should have been, rehashing outdated ideas and (in some cases) rehearsing a troubling mythology of the “Dark Ages.” The exhibition was brightness and light but the readings about it were murky and dark. It was there, standing in that gift shop, in a bit of a daze, that we messaged one another. Matt called David and said, “We should write a book.” David replied, “We should call it ‘The Bright Ages.’” And here we are.

Writing the history of a thousand years was not something we were trained for in our graduate education or in our careers of writing scholarly books and articles. We were both interested in larger narratives but our first books were still focused tightly on specific themes. But the more we talked the more we realized we did have the experience we needed; we had been (and continue to be) teachers. We remembered that students have always been our biggest public audiences, that we’d each had more than a decade of teaching large surveys of “the medieval world.” So, we thought if we treated each chapter like a dynamic lecture, with examples, connecting themes, and a tight overarching narrative, we might be able to sketch out a framework. And we did.

We met a few times that Spring 2019. David narrated the first words of the introduction, part of the proposal process, on a pre-dawn drive over the Blue Ridge Mountains. Matt created brightness-based titles for each chapter, and framed the story we were telling as about the messiness of history - how brightness, how fire, consumes even as it illuminates. We pitched it to an agent, who pitched it to HarperBooks. Now, all we had to do was write it.

And that’s where the second of our major challenges set in. Neither of us were fully ready for co-authorship. Though of course many historians end up doing it, collaborative writing tends to be foreign to our profession, so we didn’t have a roadmap. We had written together before, having just completed a piece for The Washington Post, but a book is a different project by an order of magnitude. The key we decided initially was communication. Our plan was to get together every few months to swap chapters, draft chapters, and work closely together. Matt would fly to Minnesota, and then David would fly to Virginia. That happened exactly once, in Fall 2019, in a cabin in northern Minnesota. We wrote about Charlemagne and his elephant (Chapter 6). Global pandemics tend to subvert best-laid plans dramatically. Somehow we had to figure out how to write together while plunged into the deepest isolation of our lives. The stereotype of professors sitting alone in the dim light surrounded by nothing but books was kind of true. We had to forge ahead alone but still, somehow, together.

Now we realized that the real secret to collaborative research and writing was trust. We had to let go of our egos. One of us would draft a chapter, then send it to the other. The “editor” would be tasked with simply writing on top of the prose, eschewing track changes or other editorializing. We just had to write, then write, and then allow the other person to write, until we found a shared voice. At times the ideas and the prose flowed easily. At others, the structure and shape of a chapter involved several phone calls, furious instant messaging, deleting hundreds of good, useful words, complaining to our partners. But by being honest with one another we slowly began to find a voice that wasn’t “mine” or “his” but rather ours. We happily, towards the umpteenth revision, got to the point where one of us would send the other a version of a chapter with a note like “Back to you. I just can’t with it anymore.” And the other would just make it better. Writing with a partner you trust becomes vastly more than the sum of its parts.

Indeed, that circle of trust expanded after we completed the first draft. It was then that we contacted colleagues and friends, subject experts in the topics of the individual chapters, and asked them for feedback. They too made the project better, pointing out holes in the narrative or factual flaws. Sometimes their thoughtful critique required just minor revisions but at other times it made us fundamentally rethink the chapter’s structure, to go back to the drawing board. But in the end, through this whole project, the circle of collaborators on the project continued to expand, so even as the pandemic forced us to remain isolated for far too long, we found ourselves in virtual community with each other, with our collaborators, with our field, with our potential readers, all helping us with our goal to try and tell a better story about the history of medieval Europe.

Now the book is here and we’ll see if a story that begins “on the east coast of Italy on a sunny day sometime around the year 430 CE, when artisans entered a small chapel and turned the sky blue” can help us escape the too easy framing of the “Dark Ages.” The process of the book, like its subject matter, is at its core both brilliant and terrible, filled with horror and hope. The fires of the Bright Ages consume even as they illuminate.