What Will We Lose if the Anti-CRT Movement Wins?

Roy E. Finkenbine is a Professor of History and Director of the Black Abolitionist Archive at the University of Detroit Mercy. 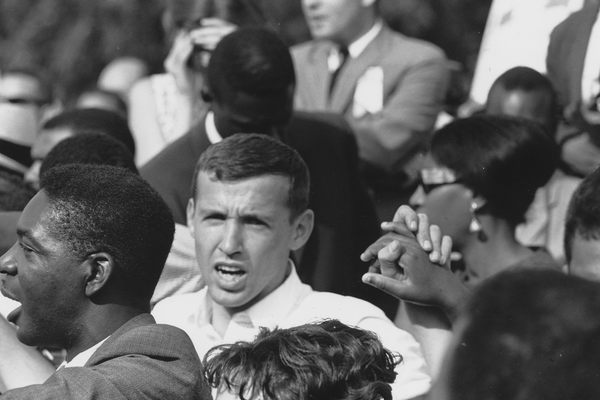 Using the disingenuous label of Critical Race Theory, conservative parents and pundits have worked to stifle African American and other minority voices in the school curriculum and to minimize the teaching of race and slavery in America’s past.  Coming of age in another time of division – the late 1960s and early 1970s – I had a very different experience.

I grew up just outside a conservative small town in western Ohio.  The population was overwhelmingly white with only a few black residents.  Goldwater did very well there in the 1964 presidential vote, as did Nixon four years later.  Residents usually took a conventional line on the issues of the day, whether it be the Civil Rights Movement or the Vietnam War.  Life – and change – moved slowly.  But I underwent change because of educational exposure to the history and culture of those who had a different skin color and life experience.

My different experience began with my parents.  On my thirteenth Christmas in 1965, they gifted me three books on African American history.  Two were compendia of important figures in the black past; one was a young adult biography of Harriet Tubman.  The reasons for the specific gifts remain unclear.  I had not requested them.  I never asked why they made these choices.  Likely the gifts had something to do with Mom’s Quaker upbringing and Dad’s egalitarian regard for and treatment of the few African Americans who lived in our community.

I began high school in 1967.  Before long, the student council had obtained permission to operate a pop-up bookstore in the cafeteria during lunch hours.  I soon found a surprising number of books of interest, using my lawnmowing earnings to purchase and read Eldridge Cleaver’s Soul on Ice, Claude Brown’s Manchild in the Promised Land, and Dee Brown’s Bury My Heart at Wounded Knee.  Certain instructors continued the exposure.  My U.S. history teacher, Richard Ansley, fresh from Ohio State University, introduced me to new understandings about slavery and race.  I especially remember his discussion of Kenneth Stampp’s Peculiar Institution, then a relatively pathbreaking new work, which he used to demonstrate the brutality of slavery and its primary role as a cause of the Civil War.  He challenged our stereotypes about welfare and exposed us to unfamiliar aspects of African American culture.  These curricular additions failed to raise a complaint from a single parent.

Four years later, I went off to college at Taylor University, a conservative Christian institution in rural Indiana.  My first college history course was the U.S. history survey taught by Dr. William C. Ringenberg, a conservative Mennonite just arrived from doctoral work at Michigan State University.  The assigned texts included The Autobiography of Malcolm X and Kenneth Clark’s Dark Ghetto.  One term later in an American literature survey, Dr. Edward Dinse introduced us to Richard Wright’s Native Son and Black Boy.  Neither I, my classmates, or their tuition-paying parents questioned this as dangerous or deceptive or radical.

These educational exposures extended and informed what was happening in the broader culture at the time – the black-and-white photographs in Life and the graphic footage on television news of the black freedom struggle, the music of Motown, the emergence of African American actors playing serious roles in television and film (such as Sidney Poitier and Diahann Carroll), the strident protests of black athletes like Tommie Smith and John Carlos at the 1968 Olympics.

In contrast to what conservative parents and pundits are claiming, none of these educational experiences produced self-loathing or white guilt.  They did make me uncomfortable enough to explore further.  They did produce awareness and some greater empathy for those outside my own life experience.  And they affected my political, social, and cultural attitudes, especially those having to do with race.  I was not alone.

Social survey data, most notably that from the extensive General Social Survey conducted by NORC at the University of Chicago, suggests that white Baby Boomers, those born (like me) between 1946 and 1964, underwent greater positive change in their attitudes toward African Americans and other minorities than those of any generation before or since.  These same surveys posit that it resulted from the broader educational exposure that white Baby Boomers received in learning about the experience of other races and their place (including their brutal mistreatment) in the American past.

In time, my exposure to African American and other minority voices and to the place of race and slavery in America’s past shaped my career choice.  For four decades, I have researched, written, and taught African American history at the university level, including four years at an HBCU.

Conservative parents and pundits want to prevent white students from being exposed to the messiness and inequities of America’s past.  What will it mean if they succeed in doing so?  My experience and that of other white Baby Boomers suggests the positive role played by such educational exposure – racial attitudes and awareness changed for the better.  Stifling such exposure will not mean a continuation of the status quo.  It will likely mean several steps backward.