At 82, Dion Offers a Rock and Roll Light in the Darkness

Richard Aquila is a professor emeritus of history at Penn State University, the Behrend College and a Distinguished Lecturer of the Organization of American Historians. A specialist in U.S. Social and Cultural history and former host of NPR’s Rock & Roll America, his latest book is Let's Rock! How 1950s America Created Elvis and the Rock & Roll Craze. 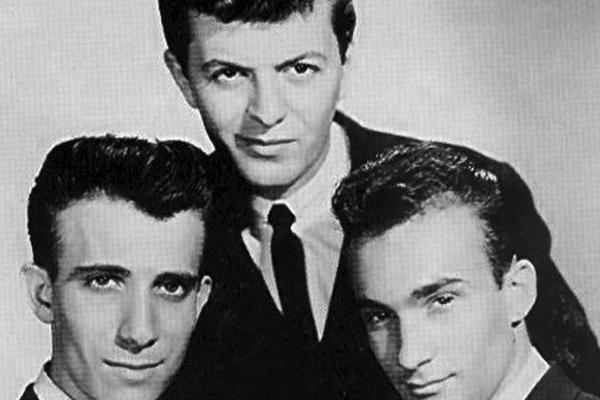 We live in troubled times. COVID-19. Polarized politics. Climate change. Fires out west. Floods back east. Afghanistan. Abortion bounty hunters. Anti-vaxxers. The January 6th insurrection. White supremacists. Black Lives Matter. The #MeToo Movement. And, crazies on the right and loonies on the left spewing toxic drivel on the Internet and cable TV or scampering through the halls of government like deranged Keystone Cops.

In the midst of all this despair and madness comes a rock & roll beacon, offering light in the darkness. Dion – one of early rock & roll’s superstars known for seminal hits like “Runaround Sue” and “The Wanderer” – recently released an album entitled Blues with Friends. Recorded in a time of plague, the album shows that the 82-year-old can still rock with the best of them. Not only does it demonstrate the important connection between music and the times, but it suggests that the first line of “Runaround Sue” is just as valid in 2021 as it was back in 1961: “Here’s my story, it’s sad but true….”

Blues with Friends is anything but an oldies album. Dion – with the support of some of the finest contemporary musicians around including Paul Simon, Stevie Van Zandt, Samantha Fish, and Joe Bonamassa, to name just a few – serves up 14 outstanding blues and rock & roll songs that resonate in these troubled times. Several tracks explore ways to cope with life’s problems. “Hymn for Him,” which features Dion backed by Patti Scialfa and Bruce Springsteen, offers a spiritual answer to those seeking help. “Do you yearn for the moment when you’ll be safe and warm,” asks Dion, “do you search for the shelter from life’s oncoming storm?” “Bam Bang Boom” features Dion’s in-your-face vocal enhanced by the blues-influenced guitar licks of ZZ Top’s Billy Gibbons. The song, driven forward by an irresistible beat reminiscent of “The Wanderer,” suggests love can ease a worried mind. Dion’s New York City roots provide the setting for “Uptown Number 7,” which insists that the only true path to happiness is at home with the ones you love. Powered by the sound of Brian Setzer’s rock & roll guitar, Dion sings, “I'm on the Uptown Number Seven, I'm on the Uptown, I'm goin' home.” He promises, “Won't get off for any reason, ‘til the end of my earthly days.”

Dion changes the pace with “Song for Sam Cooke (Here in America)," arguably the best song on the album. His duet with Paul Simon is a reminder that racial strife existed long before Black Lives Matter took root. The lyrics recall horrible race relations in the past, but also offer hope that someday we shall overcome racism. Dion’s experiences on integrated rock & roll tours in the Deep South back in the early 1960s planted the seeds for his touching tribute to Sam Cooke. Dion never forgot one particular tour in 1962. Sam Cooke was the headliner, but due to Jim Crow laws, he couldn’t eat in the same restaurants or stay at the same places as white performers or his white road crew. Over a half-century later, those haunting memories inspired Dion to write and record “Song for Sam Cooke (Here in America)." The melancholy ballad revisits that rock & roll tour where Sam repeatedly displayed dignity and bravery in the face of segregated hotels, restaurants, and racists. “You were the star, standing in the light. That won you nothing on a city street at night…here in America,” sings Dion poignantly.

Dion’s Blues with Friends album has the same basic message as his number 4 hit from 1968, “Abraham, Martin, and John.” That song “came out of just wanting to express some hope…in a bad situation,” said Dion in a 1995 interview for NPR’s Rock & Roll America. “It simply said, ‘you can kill the dreamer, but you can never kill the dream because it’s the people like us who pick it up and carry it further.”

Just as Dion’s 1968 hit gave college-age baby boomers hope after the assassinations of John F. Kennedy, Martin Luther King, Jr., and Bobby Kennedy, his current album offers hope and a way forward in a new time of despair. Blues with Friends reminds us that music offers powerful ways to cope with life’s problems. Dion got it right when he sang on one of the album’s tracks, “I got the cure.”