The US Should be Wary of Interfering in Cuba 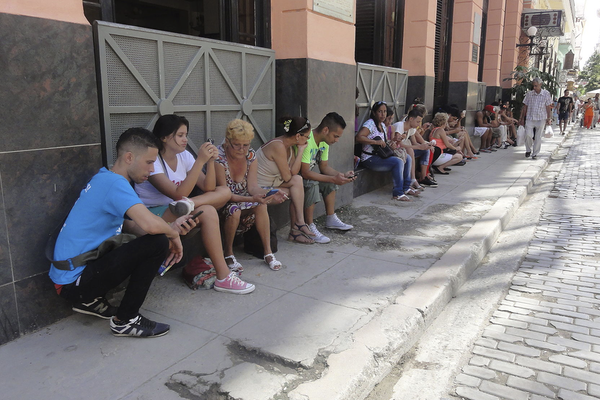 Cubans have taken to the streets in protest, and the Biden administration is struggling to respond.

On Sunday, July 11, 2021, from Havana to Santiago, Cubans protested in fifty cities, driven by a lack of food, basic services, and freedom, as well as increasing cases of COVID. Cuban authorities cleared the streets by force, detaining hundreds. One participant died.

On Thursday, July 22, the Biden administration sanctioned individuals and entities deemed responsible for the government’s reaction.

In Washington, as well as South Florida, people call for action. What can the U.S. do to assist the protestors and pressure the Cuban government into making democratic reforms, they ask?

History, however, suggests that Americans should be wary of trying to promote democracy in Cuba. For about a century, we have done little else—with unsatisfying results.

For about sixty years, Cuba was a protectorate of the United States. From 1898 to 1959, the United States intervened in Cuban politics regularly, either with soldiers or diplomats, usually in support of a strong man who served American interests first, Cuban interests second.

Neither stability nor democracy followed. Instead, Cubans endured corruption, election fraud, and occasional dictatorships, all the while knowing that they did not live in a sovereign country.

In 1959, Fidel Castro and his barbudos overthrew the last American-supported dictator. In a few short years, Castro’s regime nationalized U.S. businesses, allied itself with the Soviet Union, America’s adversary, and became a socialist dictatorship.

The American response was swift. Hoping to overthrow Castro, Cuban exiles, supported by the CIA, landed at the Bay of Pigs in 1961. They failed, languishing in Castro’s prisons.

After the Bay of Pigs, the Kennedy administration embarked on a guerilla war, sponsoring sabotage and repeated attempts to assassinate Fidel Castro.

The Kennedy administration also imposed an embargo, designed to compel the Castro regime to change its foreign and domestic politics.

Almost sixty years later, the embargo remains in place today—along with the Castro regime, in all its undemocratic glory.

Today Americans are again calling for interventions in Cuba. Their leaders seem to agree, if somewhat vaguely.

Because of such demands, the Biden administration is considering ways to restore the internet to Cuba. The Cuban government disrupted internet service, used by protestors to organize.

It remains unclear, however, if today’s protestors want or need U.S. intervention.

Born in the 1980s and 1990s, now in their twenties, thirties, and forties, these protestors have seen the Cuban state break its contract with the people.

For better than thirty years, the Castro regime offered a quid pro quo: We will give you the necessities of life, as well as health care and education; in exchange, you will refrain from dissent.

But the Soviet Union collapsed in 1991, ending billions in subsidies for Cuba. The result was the Special Period, a time of intense of economic privation.

Eventually, the Castros admitted their economic failures and instituted reforms. Most significantly for this generation, the government allowed Cubans to operate private businesses, rather than rely on the state for their livelihoods.

I know these Cubans. They tend to be younger and better educated. They all operate businesses, legal and illegal.

They have smartphones and use WhatsApp to do business and organize politically.

They are what we might call “inclusive,” drawing support from Cubans of colors.

They want greater freedom of expression and support the San Isidro Movement.

They are not anti-American; most have family and friends who live in the U.S.

But they loathe the U.S. embargo every bit as much as they reject socialist planning; they know that both make their lives more burdensome, their opportunities fewer.

And they feel betrayed by the United States government. In 2015, President Obama promised a new relationship between Havana and Washington, D.C. But President Trump reneged on that promise, in part to appease the Cuban-American community. The Biden administration shows no sign of returning to Obama’s path.

This could be Cuba’s new revolutionary generation. Will America’s leaders refrain from interventions and allow them to create a new nation for themselves?

History suggests that this will be difficult for Americans to do.

History also suggests that it may be necessary.