Time to Revisit the History of School Integration in the North

Zoë Burkholder is professor of educational foundations and the director of the Holocaust, Genocide, and Human Rights Education Project at Montclair State University. She is the author of An African American Dilemma: A History of School Integration and Civil Rights in the North (Oxford University Press, 2021), Integrations: The Struggle for Racial Equality and Civic Renewal in Public Education (with Lawrence Blum, University of Chicago Press, 2021), and Color in the Classroom: How American Schools Taught Race, 1900-1954 (Oxford University Press, 2011). 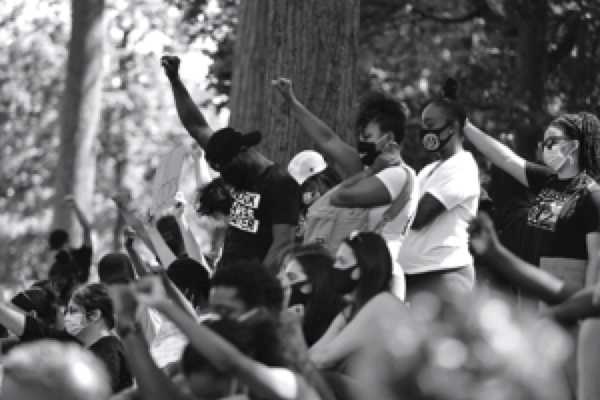 The answer is split predictably along party lines, with conservatives decrying school desegregation as a gross violation of white students’ civil rights, and liberals gushing over the better funding, resources, curricula, facilities, and quality teachers that tend to accompany integrated schools.

Caught in the middle are the families of color whose primary concern is gaining access to a high quality public education through whatever means possible. African American families, in particular, have a long and especially complicated relationship with school integration that stretches back to the very earliest free, tax-funded public schools and forward to the present day.

As I argue in An African American Dilemma: A History of School Integration and Civil Rights in the North (Oxford University Press, 2021), Black communities in the North have long struggled with the question of which would better serve the goals of equalizing public schools and securing Black civil rights: racially integrated ones, or separate, Black-controlled schools?

I call this problem the African American dilemma, with a tip of the hat to Swedish economist Gunnar Myrdal’s 1944 study An American Dilemma: The Negro Problem and Modern Democracy, in which he famously argued that Americans faced a gripping dilemma caused by the inherent tension between faith in democracy and equal opportunity on one hand and explicit discrimination against African Americans on the other. He was among the first white scholars to treat anti-Black racism as a moral conundrum and a profound political crisis.

Just as Myrdal identified white racism as the source of the so-called “Negro Problem” and the American Dilemma it created, my new book emphasizes white racism as the cause of the African American dilemma, or the enduring question of whether school integration or separation provides the best route to equality and justice. The resulting debates remain unresolved precisely because northern whites continue to discriminate against students of color in public schools.

Most Americans do not realize that even in the supposedly liberal North, whites discriminated against Black students by excluding them from early public schools, or when they were finally admitted, segregating them into separate and unequal facilities. Major cities including Boston, Trenton, Philadelphia, New York, Newark, Hartford, Portland, Providence, New Haven, and Detroit segregated Black students, as did countless smaller communities.

Black northerners waged a fierce battle to dismantle these segregated schools, starting in Salem, Nantucket, and Boston in the 1840s.  What started as a trickle in antebellum New England accelerated in the 1870s and 1880s as Black northerners used their newly acquired political power to advocate for equal school rights. Frederick Douglass fought for integrated schools, not so much to equalize educational opportunities for Black students, but to use integrated schools to establish the political and intellectual equality of African Americans. As Douglass wrote, “Contact on equal terms is the best means to abolish caste: it is caste abolished.”

While Black families overwhelmingly supported an end to state-sponsored school segregation, they were less confident that integration would equalize opportunities and lead to higher levels of academic achievement. As in the South, most separate schools in the North were taught by Black teachers, and Black families viewed Black teachers as more likely to see to see to the social, emotional, physical, and intellectual well-being of their children. For instance, in 1888 Katie D. Chapman, a Black teacher in Philadelphia, wrote, “I know that the stand I take upon this subject is bitterly opposed by many, but I have not yet been convinced of the fact that mixed schools are as a rule more beneficial to the Afro-American pupil than are the separate ones of the same grade and excellence.”

By the early twentieth century northern Blacks universally agreed that Jim Crow schools were unconscionable, but there was also widespread faith that Black teachers inspired higher levels of academic achievement that led to better jobs, higher salaries, and more social prestige. Circumstantial evidence suggested that Black students did better in high-quality separate schools than hostile integrated ones. As W.E.B. Du Bois put it in 1917, “How else can we explain the astonishing fact that with practically the same kind of colored population in cities like Washington, Baltimore, Philadelphia, and New York, the 200,000 Negroes in Washington and Baltimore send out 400 colored high school graduates every year, while 250,000 Negroes in Philadelphia and New York send out only 50?” 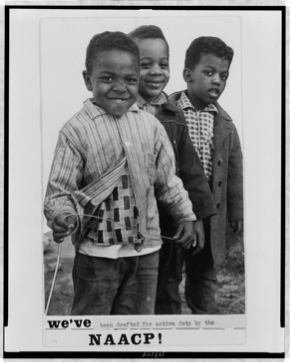 NAACP flyer, c. 1944. “We’ve been drafted for active duty by the NAACP!” The NAACP believed school integration in the North would advance the larger civil rights movement. Visual Materials from the NAACP Records. Prints and Photographs Division, Library of Congress, Washington, DC.

School integration as a strategy to achieve Black equality took center stage as the Black civil rights movement expanded in the post-World War II North. During this period Black families, with the help of the National Association for the Advancement of Colored People (NAACP), fought for and won an end to race-based school assignments. School integration enjoyed overwhelming support from northern Black communities through the 1950s and 1960s, but a rapidly growing northern Black population and state-sponsored residential segregation and illegal gerrymandering of school assignments meant that school segregation increased, even as Black support for integration reached a crescendo. By the late 1960s, as court orders rolled through the region with the active encouragement of the NAACP, many Black families reconsidered the relationship between school integration and equal educational opportunities.

In some northern towns, Black educational activists envisioned an alternative route to educational equality: community-controlled schools. As Waverly Yates, a Black educational activist in Norwalk, Connecticut put it, “In the white neighborhood schools, the white parents have a lot to say about how things are run. But not the Black parents, because their power is diluted among many schools and because the schools the Black kids go to are often several miles from home.” Yates worked to dismantle his town’s school desegregation plan to achieve the goal of a majority Black school where Black families and teachers would call the shots.

Black power activists in the late 1960s insisted school integration had failed to achieve its primary objectives of improving educational opportunities and reducing prejudice. What is more, they believed Black students bore the brunt of the burden of school integration through long bus rides to hostile, majority white schools. In contrast, they argued community-controlled schools would build strong Black institutions, prepare children of color to thrive in a hostile society, and promote Black social and economic development. Importantly, as the example from Norwalk demonstrates, community-controlled schools only worked if Black children were not bused to distant majority white schools for the purpose of school integration.

Debates in northern Black communities over the merits of school integration versus separation have continued straight through to the present day, where we find avid integrationists like student activists in New York City as well as those who prefer charter schools with dedicated Afrocentric curriculum and pedagogy.

In the American political imagination, civil rights battles over school integration unfolded through dramatic conflicts in the South for two decades following the historic Brown ruling. My new book underscores that the struggle for school integration has been a defining and consistent feature of Black civil rights activism in the North since the 1840s. Always present in this northern struggle was a dynamic tension between Black educational activists who advocated school integration and those who preferred separate, Black-controlled schools within a legally desegregated system. Courageous activists on both sides possessed a remarkable faith in the potential of public education to secure democracy, support Black civil rights, and advance the larger objectives of the civil rights movement.

Perhaps the most essential lesson of this long and fraught history is that real change is possible when citizens organize, name racist practices, and work together to demand specific reforms. Educational reform must be connected to larger structural reforms designed to remedy racial injustice, uproot white supremacy, and secure Black dignity and freedom. This history serves as a solemn reminder of the unfinished battle for Black educational equality, and as an impassioned call to action for all those who believe in the promise of public education to advance equal opportunities, civil rights, and justice for all.