Danielle Taana Smith is a Professor in the Department of African American Studies and Director of the Renée Crown University Honors Program at Syracuse University. 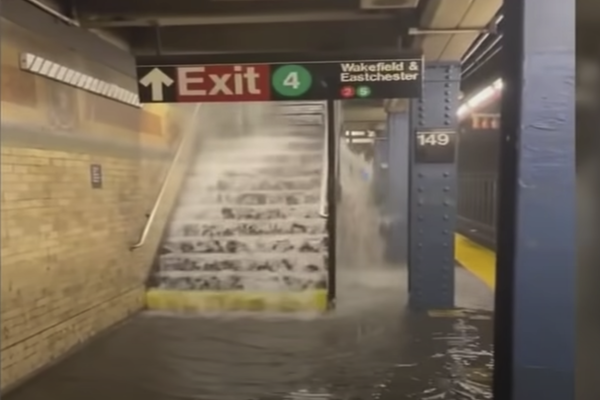 Four centuries of western dominance was solidified with an undisputed American preeminence, with the transfer of global power and influence from Pax Britannica to Pax Americana in the post-World War II era. The US has steered the postwar liberal international system that is distinct from previous European colonial empires more or less through persuasion based on concepts of universal rights and dignity, and freedom to pursue one’s own economic and political paths.

Many of these precepts are echoes of the US founding document. Like its constitution, paradoxes lurk in the shadows. Contemporary observers of the world would argue that a new shift is taking place and that the continuing American delusion of grandeur and exceptionalism lacks an understanding of the world in the 21st century. The United States' greatest problems are internal rather than threats from the East.

Evidence shows that the US lags behind other industrialized nations on important indicators of social well-being, including life expectancy at birth, access to healthcare and quality primary and secondary education, equitable distribution of societal resources, social and racial harmony, and democratic representation and processes. And yet, the US steadfastly wields its moral-political gavel to split nations and people into categories of good and evil, democratic and authoritarian as part of a dichotomous weltanschauung. Make America Great Again is a subconscious, albeit ill-conceived realization that America requires a rejuvenation from within to achieve its aspired glory.

Splitting, an immature defense mechanism, is the tendency to perceive of oneself or others through a dichotomized lens such as all-good or all-bad, that is uniquely exhibited by borderline personalities. Although an innate component of healthy human development, splitting becomes pathological when a predominance of frustrating experiences in early life disrupts normal representations of good and bad. It is a binary view which evinces no room for a multi-dimensional world, coexistent within gray areas that both coalesce and compete.

In 1852, in his historic speech documenting his refusal to commemorate the 4th of July, Frederick Douglass declared that America lingered in the impressionable stage of childhood, with the potential for the young nation’s history to be either of stately majesty or a sad tale of departed glory. More than a century later, US policymakers’ drive to "split" complex global actors and situations remains deeply rooted in its own history and domestic cultural binary divides: enslaved and freed, Blacks and Whites, conservatives and liberals, Mitt Romney’s makers and takers, and Donald Trump’s urban and suburban dwellers. W.E.B. Du Bois theorized double consciousness as splits within the American psyche, engrained within the color line, the quintessential American problem of the 20th century.

The simplistic duality of the world is also a naïve and dangerous continuation of George W. Bush's choice between good or evil, with us or against us. Such binary classifications of phenomena are propagated and reinforced within all spheres of our society, and feed downstream, such that many are unwilling to further interrogate these ideas.

Recent history shows that prominent proponents of such bisected worldviews, including Robert McNamara, Donald Rumsfeld, and George W. Bush, had fundamental flaws in their conceptualizations of the world, which led to immense human suffering. In the aftermath of the disastrous Trump presidency, Washington is on course to rejuvenate a similar trajectory.

The Biden Administration presents this split as a choice between democracy or authoritarianism. Washington seeks to magnify perceived external threats, rather than to rebuild our institutions and to invest in the American people. As the US share of the global economy declines and China’s share increases, the weight of American anxiety has shifted to a rising “bad” China.

Similarly, Chinese propaganda against the US and the west is also re-emerging. At the Communist Party’s Centennial celebration, Xi Jinping warned that China would not be bullied by foreign adversaries and that a wall of steel built from the flesh and blood of 1.4 billion would protect China. And yet, a collision course should not be inevitable.

Bernie Sanders cautions about the emerging Cold War between the US and China, noting that  conflicts between democracy and authoritarianism occur not just between states, but within sovereign territorial spaces. In the US, this bend to authoritarianism was on full display during the Trump Administration. It continues with Senate Republicans’curtailment of voting rights and the conservative leaning Supreme Court’s agreement with these measures.

Nicholas Kristof rightly notes that China may represent a greater threat to its own internal system than to any other nation. China’s stringent population control, persecution of Uyghur and other minority groups, repression of political dissent, restriction of religious freedoms and other human rights abuses should be condemned, however our guiding agenda should be self-corrective measures at home. Reducing poverty, increasing access to healthcare and quality education, racial harmony and political representation should take center place in the American national debate.

China’s overly surveilled and restrictive system has no chance of supplanting opened and freed societies. Around the world, people, and especially the young, continue to demand their rights, freedom, equality and participation. They will not trade the privileges of the digital revolution and the benefits of an open society for one that is oppressive.

As Americans, we are comfortable with children of affluent families receiving a high-quality education, while other people’s children are semi-educated. Policies that use local taxes as the primary funds for public schools and limit federal funding have contributed to underfunding of education. In the long run, these policies inflict great harm upon us all, as American children are less educated than their peers and less able to successfully compete in the global workforce.

In the US, less than one-half (48.3%) of adults have completed tertiary education, as compared with more than one-half (56.7%) of adults in Russia. While the US continues with segregationist policies, other nations, including adversaries, prioritize education as a right and engage in reforms to standardize education systems for all their citizens, including preschool education, quality of teaching, resources and services, and conditions of learning environments, irrespective of socio-economic and other statuses.

Similarly, Americans should be discontent with high infant mortality and maternal death rates, even when disproportionately concentrated among ethnic minorities and not within their own homogenous groups. The infant mortality rate for Blacks is more than double the rate for Whites, and 2 out of 3 pregnancy-related deaths are considered to be preventable.

Deeply rooted social blights lead to poor physical and mental health, which partly manifest in the unrelenting violence of our streets. National efforts should be directed to improving the well-being of the most vulnerable Americans, and not to magnifying the threat from China.

With the un-triumphant declaration that America is back, President Biden is intent on America’s resumption of its position as a global hegemon. However, ascendency does not require more sophisticated military hardware or a simplistic split of the world that pushes us further into conflict. More than rhetoric, ascendancy now requires investment in the American people. Strengthening our institutions and dismantling racial and social hierarchies are its prerequisites.