Filibusters Create Legislative Paralysis. Make Them Rare or Eliminate Them 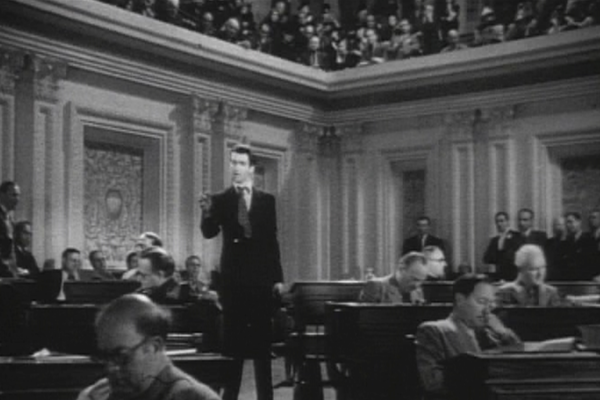 For years, Republicans have been losing ground to Democrats. Popular votes for electing the President and members of the House and Senate are trending blue. One of the G.O.P.’s most important weapons for holding back the expansion of Democratic influence is the Senate’s legislative filibuster. That procedure, which now requires 60 votes to pass major legislation, is extraordinarily controversial. Republicans employ the filibuster often to block progressive initiatives. Democrats succeeded in enacting a COVID relief package recently thanks to a “reconciliation” exclusion that permitted decisions by simple majority, but the filibuster may create legislative paralysis over the next four years. Republicans’ support for the filibuster could block Democrats’ plans for action on voting rights, climate change, health care, infrastructure, immigration, education, firearms, and wages.

Until recently, many Democrats in Congress defended the filibuster, but most of them now recognize that this legislative procedure has become a toxic force. It thwarts progress. The filibuster gives Republican senators the power to stymie reforms that most Americans want.

If the U.S. political system operated under the principle of majority rule, the G.O.P. would already be in a crisis. Republicans would be outnumbered in all three branches of the government. The G.O. P.’s candidates for President of the United States lost the popular vote in seven of the last eight presidential elections. If popular votes determined the presidency, Supreme Court justices nominated by Democratic presidents would now outnumber justices appointed by Republican presidents by 6-3. Instead, conservative justices have a 6-3 advantage. Democratic senatorial candidates have received substantially more popular votes nationally than Republicans, yet they often fail to achieve control. In 2018 Democrats won twelve million more popular votes than Republicans in Senate elections, but the G.O.P. retained control of the upper chamber. The system favors small states over large and heavily populated states. Republican-leaning Wyoming, with just half a million citizens, receives two Senators as does Democratic-leaning California, with a population of 39 million.

There is no filibuster rule in the U.S. Constitution. The Founders designed the Senate to make decisions through a simple majority. In Federalist No. 22 Alexander Hamilton warned, “If a pertinacious minority can control the opinion of a majority . . . [the government’s] situation must always savor of weakness, sometimes border upon anarchy.” By the 1840s, South Carolina’s political strategist, John C. Calhoun, perfected the technique to defend slavery and white supremacy. After World War II, South Carolina’s Strom Thurmond, Georgia’s Richard Russell, and other southerners invoked the filibuster to block civil rights reform. After the 1964 Civil Rights Act became law, the filibuster was less useful for protecting Jim Crow.

Not long ago, strategists from both political parties backed the filibuster. The procedure required a supermajority to get important measures passed. The Senate was supposed to be the body where extreme bills passed by the House could be cooled, moderated, or left to die. Senators in both parties found the filibuster convenient because it protected the minority party in the Senate from being steamrolled by the majority party. Ideally, the filibuster encouraged negotiation and compromise. To win 60 or more votes for major legislation (the current requirement), the practice seemed to promote deal-making and bipartisanship. Republicans and Democrats knew their party might want to employ it after losing an election and experiencing minority status in the Senate.

Rationales for defending the filibuster no longer hold. In recent decades politics in Washington turned sharply partisan. There is little evidence now of senators crossing party lines and voting with the opposition on important legislation. The pattern of intense partisanship was dramatically evident in the Senate’s vote on the $1.9 trillion COVID relief bill. Not a single Republican senator supported it.

Negotiation to achieve 60 Senate votes is extremely difficult in the current political environment. Meeting in the middle was much easier in the 1960s than in the 2020s. Most bills now languish in the Senate, in part because of the filibuster rule. This situation hurts Democrats much more than Republicans. Democrats favor active government. They propose far more bills for governmental initiatives than Republicans. Conservatives view the filibuster as a useful instrument for thwarting progressive programs.

Mitch McConnell, the Republicans’ Minority Leader in the Senate, defends the filibuster as a sacred tradition. He warns Democrats not to tinker with it. Yet senators adjusted the filibuster rules on numerous occasions in the past. Major changes occurred in 1917, 1974, 1975, and 2013. In 2017 McConnell engineered an important exception to the 60-vote requirement. He wanted to confirm Neil Gorsuch for a seat on the Supreme Court. Lacking 60 votes, McConnell and Republican senators changed the rule and secured Gorsuch’s appointment by a simple majority. Later, they placed Brett Kavanaugh and Amy Coney Barrett on the Supreme Court, again by simple majorities.

Mitch McConnell was not acting on high principle or personal commitment to Senate traditions when he altered the rules. He was determined to give conservative jurists lifetime appointments on the high court. McConnell engaged in raw opportunism.

Decades ago, senators rarely employed the filibuster. The tactic became more common from the 1960s to the 1990s, when divisions between the parties turned more severe. The number of cloture motions filed spiked in the Twenty-First Century, a time of intense partisanship. Now the filibuster rule is creating democratic gridlock. Numerous reform initiatives will die in the Senate because the 60-vote rule gives a minority party the power to act like a majority party. The filibuster needs to be eliminated or made extremely rare.