Young Du Bois in Germany: On the “Great Socialistic State of the Day"

Helmut Walser Smith is the Martha Rivers Ingram Professor of History at Vanderbilt University and the author of, among other works, Germany. A Nation in its Time. Before, During, and after Nationalism, 1500-2000 (New York: Liveright, 2020) and The Butcher's Tale: Murder and Anti-Semitism in a German Town (New York: W.W. Norton, 2002). 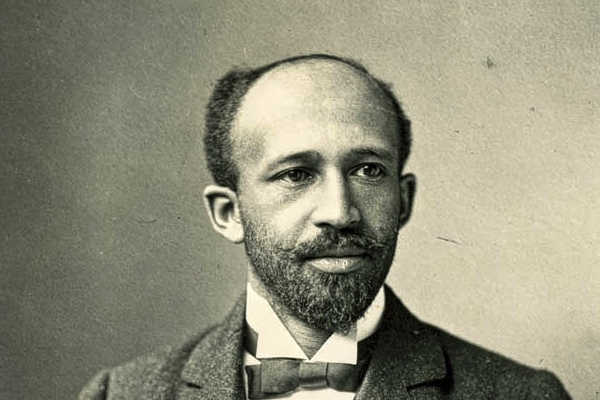 In the summer of 1892, a young Harvard graduate student crossed the Atlantic in a steamship. After arriving in Rotterdam and briefly visiting Amsterdam, he took a boat up the Rhine, travelled east to Eisenach, and eventually settled in comfortable living quarters in Berlin. The student was W.E.B. DuBois--the young philosopher, historian, and sociologist who would eventually become one of the most influential African-American intellectuals of the twentieth century.

Du Bois left us with a series of insights about Imperial Germany, now the object of sustained historical reflection as the Federal Republic of Germany marks the one hundred and fiftieth anniversary of the unification of Germany in 1871 and the founding of the so-called Second Empire. Was this new nation anti-modern or modern, historians ask? Was it a militaristic or a democratic country? Was it on its own, distinctive path or was it a precursor to the Third Reich or? As a young black student, Du Bois asked these questions too, only he did not yet compare Imperial Germany to the Third Reich, but rather to his own country, the United States.

Du Bois was no ordinary student. First in the class of 1888 at Fisk University in Nashville, Tennessee, Du Bois had given his valedictorian address on the subject of one of “the strongest personalities the world has ever seen.”[i] One might think of the obvious  contenders for that honor in the late 1880s. Abraham Lincoln, for example. Or the elder Frederick Douglass. But the young Du Bois focused on someone else entirely: Otto von Bismarck. From Du Bois’s perspective, the iron chancellor had turned “a handful of petty quarreling principalities” into a genuine and unified nation.[ii] But if Bismarck united his people, he was no Moses, and he did not deliver his people unto democracy. On the contrary, Bismarck’s politics revealed what happens when “we raise the nation and forget the people.” [iii] Addressing his fellow students, the precocious African-American high schooler pointed out that the Germans did not understand the first thing about self-government, and predicted should Bismarck ever step down, a deluge would surely follow.

In 1890, the new Kaiser did indeed force Bismarck to step down, and in “Present Condition of German Politics,” drafted in 1893, Du Bois analyzed the deluge. Only no deluge occurred, and instead a dynamic tension arose between the existence of “a strong military monarchy indispensable to [Germany’s] integrity” on one side, and the country’s intellectual and industrial energy, which had “set in motion a democratic movement in the land fatal to monarchy and militarism alike,” on the other.[iv]  The Imperial German solution, according to DuBois, was to expand the state and regulate the economy. By combining a “vast penetrating army system” with “governmental interference in industry, politics and society,” Germany had figured out how to keep the country strong, aid the working man, advance democracy, and create the “great socialistic state of the day.”[v] Yet because parliament had to approve the military budget, this peculiar amalgamation of monarchism and militarism on one side, industrial energy and democracy on the other,  also meant that popular nationalism was built into the system.

Du Bois was by no means averse to Germany’s flashy nationalism. “The march of soldiers, the saluting of magnificent uniforms, the martial music and the rhythm of movement stirred my soul,” Du Bois wrote. It also caused him to think about his own country, where “in the south, fellow Negroes simply did not speak or think of patriotism for the nation which held their fathers in slavery for 250 years.”[vi]  Indeed Imperial Germany showed Du Bois the emotional power of a national community, making him realize that the Germans “had something he had never felt and perhaps never would.”[vii]

National symbols, one easily forgets, held the promise of integration. Du Bois saw the possibility for the industrial workers, most of whom supported the Socialists. He did not reflect on it for Germany’s two great minority groups: the Catholics and the Jews. Instead, he drew a straight line from Luther to Bismarck and even accepted common shibboleths of anti-Semitism. “The great capitalists of Germany, the great leaders of industry, are Jews,” Du Bois wrote, “they have forced citadel after citadel, until now they practically control the stock-market, own the press, fill the bar and bench, are crowding the professions…”[viii] At both Harvard and at the University of Berlin, anti-Semitism was endemic to his student circles. He also heard it from his Berlin professors. But Du Bois did not see the obvious parallel. To his mind, Jews were well integrated and guaranteed rights. They did not endure grinding poverty, and they were not lynched.

For the young Du Bois, Imperial Germany was like an inverse mirror. He felt himself liberated there from the kind of bigotry that poisoned life in the United States, especially in Nashville, where segregation laws and lynching laced acid on race relations, but also in Cambridge, Massachusetts, where he was barred from student dormitories, often mistaken for a waiter, and excluded from the Harvard choir. In Berlin, by contrast, he lived in a “roomy” flat in a boarding house,  which included a feather bed, tile stove, bureau, table, mirror, and coffee served to him every morning.[ix] He went to hotels and restaurants and was always served. And at a time when inter-racial marriages were banned in many U.S. states, Du Bois seldom drew special attention when in the company of white women. “My race forms but slight impediment between me and kindred souls,” Du Bois thought.[x]

A black stranger in a less spiteful white land, Du Bois embraced Imperial Germany as modern because of its openness and its enlightened social policy. But he also admired its patriotism and did not altogether disagree with its anti-Semitism. He knew that Imperial Germany was undemocratic, but believed it was becoming more democratic. And he hoped that the comportment of the Germans towards colored people presaged a more tolerant future. Born three years after the emancipation of the slaves, the young Du Bois belonged to a generation of African Americans who saw history moving forward, however slowly and painfully. He did not easily imagine that history could reverse itself. Perspicacious as he was, he could not have foretold that in two decades time, Germany would be majorly responsible for starting what George F. Kennan called the “original catastrophe of the twentieth century,” the First World War. Nor, for all his insight, could he have foreseen that in a half-century’s time, the country he was so fond of would count the reintroduction of slave labor in the service of genocidal war among its horrors.

Du Bois’s encounter with Imperial Germany is a reminder that history is always open, and that, like Du Bois, even the most astute contemporaries are enmeshed in both its promises and its prejudices. A brilliant young man, Du Bois saw Imperial German society with attentive eyes and a sociological gaze, and if he did not get Germany’s future quite right, the contrast certainly helped him see the racism of his own country, the United States, with greater clarity.