Andrew Joseph Pegoda (@AJP_PhD) holds a Ph.D. in History and teaches women’s, gender, and sexuality studies; religious studies; and English at the University of Houston. Previous articles can be found in The Conversation, History News Network, Inside Higher Ed, Time, and The Washington Post, among others. 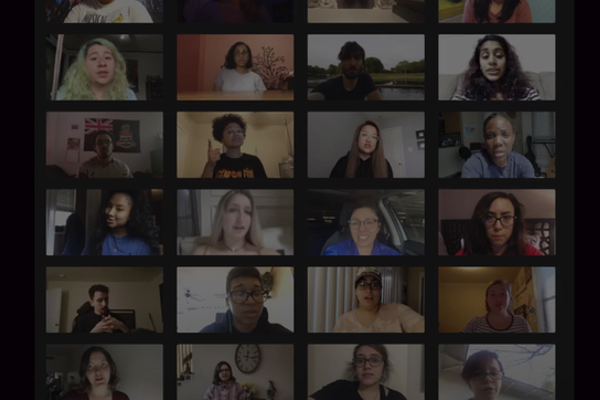 Historical literacy is a deeply valuable skill. History is a difficult subject to teach because people don’t always recognize (or have assistance recognizing) both the contrasting and the reciprocal relationships between different times and places or recognize how they themselves are historical actors. Teaching such historical reasoning is made especially difficult because students generally have had less than ideal prior classroom experiences. Institutions such as Texas’s State Board of Education only exacerbate this problem with its excessive restrictions on what K-12 educators can say and teach, restrictions that often leave little room for discussing discrimination and the experiences of minorities in America.

I have previously written about adapting Show and Tell for the college classroom as a way to positively get students engaged with and practicing historical thinking. I have also found another different, exciting way of getting students motivated about the past and its primary sources: We create collaborative videos that help make the past come alive. And students have reported back that they really enjoy these activities. Specifically, performances of primary sources are a pedagogical practice that can be adopted in any education setting concerned with advancing historical literacy.

My students and I did our first such project in February 2019. In my Queer Studies classes, we read and talked about Zoe Leonard’s 1992 poem, “I Want A Dyke For President,” which was written in the context of growing queer visibility and queer demands for acceptance. Students seemed to enjoy the poem and have basic understandings of what it addresses, namely the disconnect between everyday people and former presidents of the United States. This manifesto includes:

But, I wasn’t fully satisfied. I wanted them to really “get” it – the poem, the historical perspectives, the inspiration.

I asked the classes if they would be interested in making a video where volunteers would read different lines from the poem in exchange for some extra credit. They said, YES. I broke the poem up into small lines and made a Google Document signup sheet. Students recorded their videos and then uploaded them to a Google Share Folder. Once everything was in three days later, I taught myself how to use Final Cut Pro, and then with everyone’s approval, uploaded the video to YouTube for anyone to see.

Our first result was powerful! Students really got fired up.

By their expression and tones alone, these students clearly gained new appreciations for what the poem says. Most of my students are minorities in at least one category so through the process of performance and further discussion they quickly came to really recognize the connections between the all-too-familiar oppression they personally face and the words articulated in “I Want A Dyke For President” about oppression three decades ago. They internalized ideas about the radicalism that was inspired by and necessitated by the AIDS crisis and that, in some ways, made Queer Studies even possible. They related to the demands for visibility, for all minorities. They also came to recognize both that Donald Trump’s presidency is not necessarily a huge aberration and that Barack Obama’s presidency represented some positive changes over time.

Due to the success of our “I Want A Dyke For President” video, we’ve been doing these class performances ever since.

More recently, my gender studies and religious studies classes created collaborative videos/readings with Langston Hughes’s “Kids Who Die” and with Audre Lorde’s “There Is No Hierarchy Of Oppression.”

Through all of these performances, students realize how issues of classism, racism, and other forms of systemic oppression are historically common. These poems and documents help them own or even understand ideas they’ve had but for which they lacked language or experience. Reading them is one thing, but performing them is another altogether, a process that ensures students won’t forget the text in question and that has them take the perspective of another person, building empathy. These exercises go far beyond memorization, the lowest skill of Bloom’s Taxonomy to the highest level, creation.

In addition to those above, we’ve also done videos of Elizabeth Velasquez’s “Elephant” and Chimamanda Ngozi Adichie’s “We Should All Be Feminists” – while newer, still important primary sources about systemic sexism that inspire students to be invested in society and evaluate their roles in it. As I’ve gotten more comfortable with our projects, we’ve often taken more creative liberties in our performances – sometimes for dramatic effect, other times as a way to include more participants. I always tell students we can find ways to include you.

I also find students are more receptive to these primary texts and to the process of making videos because I don’t frame it as a historical project, per se. Students are often more receptive and more willing to engage historically if they don’t specifically know they are building historical literacy. “History” can be a turnoff.

Equally important, my classes have also written original content for some of our videos. This has given students concrete opportunities to document and to speak about their personal life. These poems also allow students to express their hopes and fears going forward. Instead of building empathy for people they don’t know and sometimes abstract ideas, this exercise helps them see the world, personal histories, from the eyes of people they know. And in the process, we make a unique primary source!

The first such videos we created completely on our own were “You Need Feminism Because” and “Forced Negotiations.”

This Fall 2020 semester we wrote “Growing Up It Was Always Expected” and “A Letter To My 10 Year-old Self.” (You’ll notice that my video editing abilities have grown since the first ones!)

To close, students enjoy contributing to these videos and gain valuable historical skills. They acknowledge, albeit indirectly, learning about the past and the perspective of others, as demonstrated by four different students:

The videos made me feel like I was a valued member of my class. I loved how we all came together as a class, and it created a sense of unity and community within our college classroom. It really isn’t something I felt in any of my other classes, so I appreciated the efforts you made to include everyone in our class.

I think everyone enjoys being able to pick a line, usually one they identify with personally, and voice themselves on a platform like this, even if it’s just for a few seconds.

I think it’s special that you use these videos to facilitate interactions between your students of different backgrounds. The videos themselves foster inclusiveness and community between your past and present students: I have never had another professor of mine do that. I’ve noticed timid students in class who especially enjoy participating.

Student reflections of these collaborative multimedia performances show increased historical awareness as they recognize the similarities with a group people that started as groups of strangers, and they recognize how manifestos, poems, and other texts can have relevance and speak to their personal experiences. They are, simply and with enjoyment, learning about and celebrating the past.

While not skills that will tangibly build their historical literacy, students also tend to really enjoy seeing themselves on camera. They’ve noted that participating in videos is a lower-stakes way of getting comfortable with public speaking and with appearing on camera. As with basically all of the most effective learning tools, these collaborative videos build across-the-curriculum or interdisciplinary skills.

In sum, my students and I find value and excitement with these collaborative activities that result in permanent artifacts. Our videos don’t just give the past meaning, they connect all of us to that past in tangible ways. And as my students emphasize, these videos make them feel connected with times and other places. These videos projects also help students feel valued, and when they have this kind of investment, the learning comes more naturally. So rather than just assigning primary sources from a reader or quickly discussing them before moving to another topic, have students perform important non-traditional primary sources.