Peace is Good. But are More Peace Deals Necessarily Better?

Catherine Baylin Duryea is an Assistant Professor at St. John’s University School of Law and a PhD Candidate researching the history of Arab human rights movements at Stanford University. 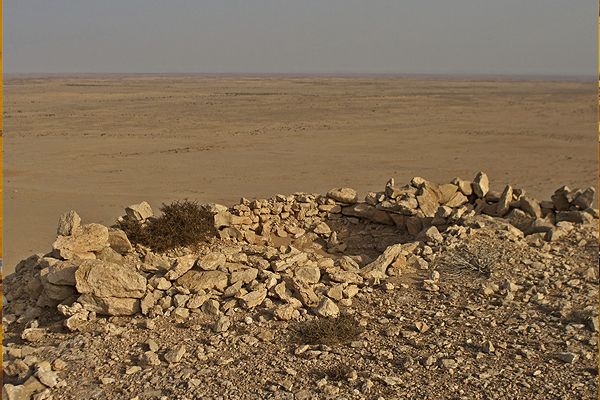 A fortification in Western Sahara, likely built by the Sahrawi in the 1980s.

The road to peace in the Middle East no longer runs through Palestine, but through Tehran and Beijing. This was made abundantly clear earlier this month, when Morocco became the latest Arab country to warm relations with Israel. The agreement comes just months after similar thaws between Israel and Sudan, Bahrain, and the United Arab Emirates. All four countries have recognized Israel and established, or will soon establish, bilateral relations. These deals are the culmination of efforts by the Trump administration to shore up a regional alliance against Iran, which recently entered a strategic partnership with China.

Israel and Morocco agreed to normalize diplomatic relations and begin direct flights between the two countries. Morocco and Israel have secretly and not-so-secretly collaborated for decades, but previous steps towards official recognition prompted too much Moroccan and Arab resistance. That resistance has ebbed in the face of a growing solidarity against the shared threat coming from Tehran. Chinese influence and Iranian threats were enough to upend old rivalries and bring secret relationship with Israel into the open.

To further entice Morocco to the table, the United States offered Morocco a boon: recognizing its claims to sovereignty over Western Sahara, a disputed territory that borders southern Morocco and Western Algeria. A former Spanish colony, Spain ceded Western Sahara to Morocco and Mauritania in 1975, violating the self-determination of the Sahrawi people who live there. With Algerian support, the Sahrawi resisted Moroccan and Mauritanian rule. Mauritania eventually withdrew its claim. And though no Western democracy had formally recognized its claim until yesterday (the United Nations classifies Western Sahara as a “non-self-governing territory”), Morocco has persisted.

For decades, Morocco has violated the rights of the Sahrawi. Many Sahrawis who supported independence—or their family members—were “disappeared” to secret prisons where they were subject to torture and ill treatment, often being held for months or years. The Polisario Front, which also claims the territory and represents the Sahrawi at the United Nations, faces allegations of human rights violations itself. But Morocco’s record of systematic repression signals what lies ahead for the Sahrawi if their right to self-determination is bartered away without their participation.

U.S. recognition of Moroccan sovereignty over Western Sahara is a significant concession and a major win for Morocco. In this trade, the Trump administration has increased Arab cooperation with Israel at Iran’s expense, and Morocco has gained stronger claims to Israeli military and intelligence assistance. Israel benefits from overt relationships with more of its neighbors, gaining legitimacy so long denied. Israel clearly anticipates a strong military alliance as well, evidenced by the remarkable fact that the state of Israel is lobbying the U.S. Congress to approve a large arms deal with the U.A.E.

Benefits will extend to many Moroccan and Israeli citizens as well. Morocco had a sizable Jewish population in the early 20th century who mostly left for Israel, France, or Canada. The few thousand remaining Jewish Moroccans and more than one million Israelis of Moroccan descent will enjoy easier relations—after the pandemic, at least—and cultural and educational exchanges should benefit both countries. Geopolitical shortcomings should not entirely eclipse the deal’s profound cultural and religious significance for these peoples.

The most surprising beneficiary of the deal, however, is the Trump administration, which is strengthening its anti-Iran coalition. Trump tweeted that the agreement with Morocco is “a massive breakthrough for peace in the Middle East,” though it’s not clear what peace he is referring to. Morocco has never been a threat to its covert ally Israel; nor, for that matter, were Bahrain or the UAE. Sudan is the only one of the four countries to have actively waged war against Israel.

Peace in the Middle East used to imply a permanent solution to the Israeli-Palestinian conflict. But Palestinians were conspicuously absent from this Middle East ‘peace deal.’ If peace now means a detente between Israel and Iran, then the future of Palestinians looks increasingly bleak and irrelevant to this regional cold war. Given this latest development, it appears that the Sahrawis will join the tragic ranks of those whose sovereignty remains denied, like the Palestinians, for the sake of geopolitical bargains. Whether this bargain proves to be a lasting restructuring of power in the region remains to be seen. But regardless, it seems clear that this deal is a pyrrhic victory at best.

A true peace deal would not only bring a just and satisfactory resolution for Israel and Palestine as well as Morocco and Western Sahara, but also bring Iran into less antagonistic relations with its Arab neighbors. The open alliance between Israel and Arab countries further isolates Iran and will only heighten its ties with China, making it more difficult for a Biden administration to pursue diplomatic solutions.