Affirmative Action Goes Down to Defeat in Deep Blue California 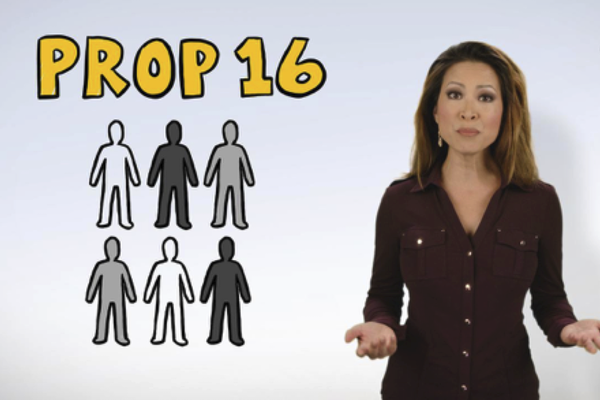 To the chagrin of California’s liberal establishment, Proposition 16, which would have ended a 24-year ban on affirmative action, was rejected by 56% to 44%. This came despite the measure’s supporters outspending opponents almost 2-1 (some $20 million to $2 million) and Joe Biden carrying the state by 66% to 33% for President Trump.

Pre-election polls showed that white voters strongly opposed the measure, Black voters strongly supported it and Latino and Asian-American voters were split 50-50 on it.

According to Thomas Saenz, president of the Mexican American Legal Defense Fund and a co-chair of the “yes” campaign, young many young Latino voters did not support it because “they have no personal experience” of affirmative action in their lifetimes.

The wording of the measure on the election ballot may also have contributed to voters’ opposition. The ballot wording stated that a “no” vote keeps Proposition 209 (the 1996 measure banning affirmative action) in place and confirms that “government and public institutions cannot discriminate against or grant preferential treatment to persons on the basis of race, sex, color or national origin.”

Ward Connerly, a Black businessman and former U.C. regent, who was a leader of “No on 16” campaign said that proponents of affirmative action “have not persuaded the people that is OK to discriminate against one group of people in the interest of trying to benefit another.”

Connerly added that “This was the political establishment going against the people. And the people kicked their butts.”

One reason that Black voters strongly supported it while Latino voters were ambivalent may be that affirmative action is strongly associated with specific efforts to assist African-Americans in the competition for jobs and education that began in the 1960s.

In a January 2020 article in The New Yorker,  Louis Menand noted that the term was created in 1961 by an African-American lawyer, Hobart Taylor, Jr.  Vice President Lyndon Johnson, who was to lead the President’s Committee on Equal Opportunity Employment, had asked Taylor for help in drafting goals for the new group. When Taylor suggested the term, it was quickly incorporated because of it had a vague meaning yet sounded like it would “do something.”  Johnson also liked the alliteration.

According to Menand, affirmative action is a paradox because “we took race out of the equation only to realize that, if we truly wanted not just equality of opportunity for all Americans but equality of result, we needed to put it back in.”

It also became associated with adopting racial quotas in education and employment. However, in the famous Bakkedecision, the U.S. Supreme Court declared racial quotas unconstitutional.

Menand said that after Bakke, affirmative action programs had to avoid “any suggestion of the Q-word.” This meant that institutions could use “terms like ‘targets’ and ‘goals,’ both of which are constitutionally legit.” But they could not set a specific number for a “critical mass” of under-represented groups because that meant a quota.

In the wake of Proposition 16’s defeat, the media looked for explanations.

The Los Angeles Times coverage of the measure’s defeat reflected the state’s ambivalence. In a post-election editorial, the editors called the rejection of Proposition 16 “a shame” and a “missed opportunity.”

However, Gustavo Arellano, the paper’s Latino columnist noted  in a prominent column  that it was no surprise that Latinos did not vote in a block for Proposition 16 in California or for Joe Biden in Florida because there is no single Latino community.

“We were supposed to be the phalanx in the war against Donald Trump. An immovable mass of multihued tribes hurtling like an unstoppable force to smash white supremacy in the name of democracy,” he said mocking white liberals’ false perceptions.

Arellano pointed out that there are many different Latino communities with varied interests ranging from Cuban-Americans in Florida, to Puerto Ricans and to third-generation Mexican Americans in south Texas.

He said the Democratic Party needed to stop taking Latinos for granted and should reject the assumption that “Latinos are mostly liberal with a few regional anomalies.”

The party will be making a mistake if Biden wins and Democrats go “back to patting Latinos on the back for a job well done,” he concluded.