Nostalgia and Progress: Fake History and the 2020 Elections 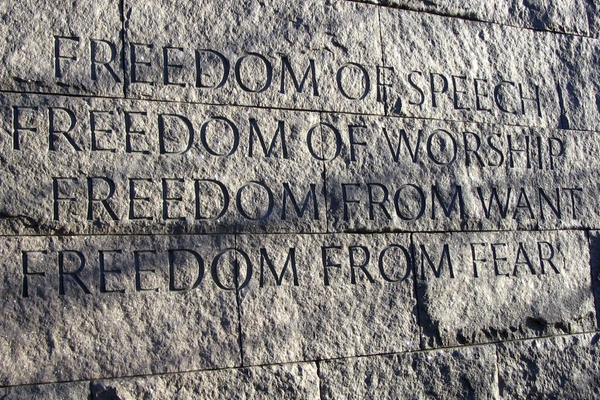 In her enlightening The Future of Nostalgia (2001), Svetlana Boym wrote that “nostalgia is rebellion against . . . the time of history and progress. The nostalgic desires to obliterate history and turn it into private or collective mythology.” A decade earlier historian Christopher Lasch in his The True and Only Heaven: Progress and Its Critics included a long historical-survey chapter on “Nostalgia: The Abdication of Memory.” In his book he identified the “nostalgic yearning for bygone simplicity” as “the other side of the ideology of progress.”

We historians are familiar with nostalgia’s harmful effect on history. For example, there is the U. S. Lost-Cause pseudo history, which “celebrated antebellum Southern slaveholding society,” “denied the importance of slavery in triggering secession,” depicted Reconstruction as a scheme foisted on the South by Northerners, and defended the Ku Klux Klan (witness the films Birth of a Nation and Gone with the Wind). Outside the USA, we can point to the Nazis’ longing for the days of the mythical German Volk before it was “polluted” by alien elements and post-Soviet Russians nostalgically remembering the good old days of Lenin and Stalin.

In our present times, as a 2019 Foreign Policy essay put it, “The problem is that the world is now primarily dealing with a toxic restorative nostalgia. . . . Jingoistic leaders, from Donald Trump in the United States to Recep Tayyip Erdogan in Turkey to Vladimir Putin in Russia to the Brexiteers in the United Kingdom are nourishing these longings with fear, anger, and resentment. In many ways, nostalgic nationalism is the political malaise of our time.”

In the USA, many Trump supporters yearn for a past, whether real or imagined, in which white men dominated our country. New York Times columnist Ross Douthat described this nostalgia well in a 2017 column entitled “Who Are We?”Such Trumpians preferred to believe and identify with a history that stressed “the Pilgrims and the Founders . . . Lewis and Clark and Davy Crockett and Laura Ingalls Wilder [author of books like Little House on the Prairie]. . . . They still embrace the Iliadic mythos that grew up around the Civil War [part of the Lost-Cause pseudo history], prefer the melting pot to multiculturalism, assume a Judeo-Christian civil religion.” Such a pseudo historical view also ignores or plays down any mistreatment of Native Americans, African Americans, immigrants, or others, either at home (as with Japanese Americans in WWII) or abroad (as with Filipinos resisting the U. S. takeover of their country from 1899 to 1902). “Trump’s ascent,” asserts Douthat, “is, in part, an attempt to restore their story to pre-eminence.”

Although Trump’s knowledge of history is weak indeed, his reference to making America great again seems to refer most specifically to the late '40s and '50s, a time when, he said, “we were not pushed around, we were respected by everybody, we had just won a war, we were pretty much doing what we had to do.” It was also a time when segregation was dominant in the South and affirmative action, the radical 1960s, and global warming alarms were still in the future. In “Make America Great Again as White Political Theology,” socioligist S. Romi Mukherjee states that

many Trump supporters embrace a narrative of white victimization and “nostalgic deprivation.” Faced by the uncertainties that accompanied economic precariousness, the advent of a multicultural America, and the discursive hegemon of social justice politics, they surmised that whiteness was under attack and took solace in the vision of a 1950s America so dear to . . . Trump.

That our view of the past is related to how we view the future is recognized not only by historians like Christopher Lasch, but also by psychologists like futurist Tom Lombardo, who recognizes the value of history-- “it is the knowledge foundation for both present and future consciousness, as well as wisdom.” In his Future Consciousness: The Path to Purposeful Evolution (2017), he notes that some people inclined toward nostalgia

may be very resistant to change. A person may ‘live in the past,’ reveling in the good old days, and consequently may not believe in or initiate any actions that could make things better . . . . Or a person, who believes that the way it was done in the past is better than how it is being done now, may attempt to regain the past . . . . Various forms of fundamentalism push toward such a return to an idealized past. . . .Trying to live in the past, or obsessing on the past, can work against change, growth, and a future orientation, but having a solid understanding of the past, of history, and the trends and trajectories of time can also empower our future consciousness.

In general, Lombardo stresses the importance of our possessing hope, love, wonder, and awe, while limiting and controlling our fears and anxieties, which can increase depression and despair.

Despite Trump’s call to “Make America Great Again,” in his 2020 campaign for reelection he has relied more on the “fear and anxieties, which can increase depression and despair” that Lombardo mentions rather than any realistic hopeful vision of the future.

An emphasis on progress opposes the good-old-days-were-better approach. By the end of the nineteenth century many people believed in progress. Perhaps the Austrian Jewish writer Stefan Zweig (1881-1942) captured this belief best when he wrote:

In its liberal idealism, the nineteenth century was honestly convinced that it was on the straight and unfailing path towards being the best of all worlds. Earlier eras, with their wars, famines, and revolts, were deprecated as times when mankind was still immature and unenlightened. But now it was merely a matter of decades until the last vestige of evil and violence would finally be conquered, and this faith in an uninterrupted and irresistible “progress” truly had the force of a religion for that generation. One began to believe more in this “progress” than in the Bible, and its gospel appeared ultimate because of the daily new wonders of science and technology.

The “wonders” he referred to were such things as electric lights, telephones, automobiles, indoor plumbing, improved sanitation, and medical treatment. But Zweig also mentioned expanded justice and human rights, including the right to vote, and he added that

even the problem of problems, the poverty of the great masses, no longer seemed insur­mountable. . . . Our fathers . . . . honestly believed that the divergences and the boundaries between nations and sects would gradually melt away into a common humanity and that peace and security, the highest of treasures, would be shared by all mankind.\

In An Age of Progress? (note the question mark) dealing with 20th century global history, I cite some of Zweig’s words, as well as his later disillusionment, but also conclude that various developments of the century reflect progress, while others (e.g., in regard to our environment) do not. My review of Steven Pinker’s Enlightenment Now: The Case for Reason, Science, Humanism, and Progress (2018) also casts doubt on too rosy a view of our global progress. (For more of an assessment of 20th c. progress, see here.)

Yet for our own psychic well-being, as well the betterment of our planet, we must retain hope that our futures can display progress, not just technological and economic, but also cultural, environmental, and moral progress. As Lombardo has written, we need “an optimistic and hopeful mindset . . . [that] with proper foresight and wisdom . . . can address present human problems and empower us in positive ways in the years ahead.”

Yet any belief in such progress must be based on a realistic assessment of our present problems. In the past four years the Trump administration, with its appeal to a misplaced nostalgia and its anti-scientific bias, has displayed little realism in dealing with climate change or, more recently, the coronavirus epidemic. Has the Biden campaign offered us more grounds for hope, for a renewed belief that progress can again occur? I think it has.

In his eight-year presidency, Barack Obama generally pursued policies that evidenced a proper mix of realism and idealism. Biden has often indicated that he plans to continue along the paths pursued by Obama. But he also recognizes that new challenges--for example dealing with the coronavirus epidemic, restoring our economy, and reuniting a country torn further apart by Trumpism and polarization--must be met.

A few months ago, in The New Yorker, Evan Osnos wrote of two wings of the Democratic Party. The Obama-Biden wing “emphasizes realism, coalition-building, and practical politics.” The other wing, more radical, is led by Senators Sanders and Warren and House Representatives like Alexandria Ocasio-Cortez.

At the August Democratic National Convention Biden compared our country’s present challenge to that of Franklin Roosevelt’s at the beginning of his presidency in 1933. “Franklin Roosevelt pledged a New Deal in a time of massive unemployment, uncertainty, and fear. . . . FDR insisted that he would recover and prevail and he believed America could as well. And he did. And so can we.” Later on, Biden added, “America's history tells us that it has been in our darkest moments that we've made our greatest progress. That we've found the light. And in this dark moment, I believe we are poised to make great progress again. That we can find the light once more.”

Since the convention, as Osmos’s essay indicates, Biden has attempted to unite the two wings of the Democratic Party. “To unify their platforms, Biden and Sanders set up task forces on criminal justice, economics, education, health care, immigration, and climate change. The task forces were a crucial test of whether the left and center factions of the Party could get along.” Osmos’s conclusion? So far, so good.

Neither Osmos nor most other political commentators underestimate the difficulties a Biden administration would have in preventing a future widening of the Democrats’ two wings. Nor the hard work of restoring any semblance of bipartisanship between Democrats and Republicans. But Osmos quotes Biden as saying, “If we win, and we pick up five or six Senate seats, I think there will be an epiphany . . . because all you need then is three, or four, or five Republicans who have seen the light a little bit. . . . I don’t think you can underestimate the impact of Trump not being there. The vindictiveness, the pettiness, the willingness to, at his own expense, go after people with vendettas.”

In Moby Dick (Ch. 114), Melville wrote, “There is no steady unretracing progress in this life.” A century later Martin Luther King, Jr., in his Strength to Love, expressed a similar thought, “All progress is precarious, and the solution of one problem brings us face to face with another problem.” Realizing the truth of these quotes, we can still realistically hope that a Biden administration will replace the Trumpian years of regression with ones of hope and progression.