Nomi Stolzenberg is Professor of Law at the University of Southern California. 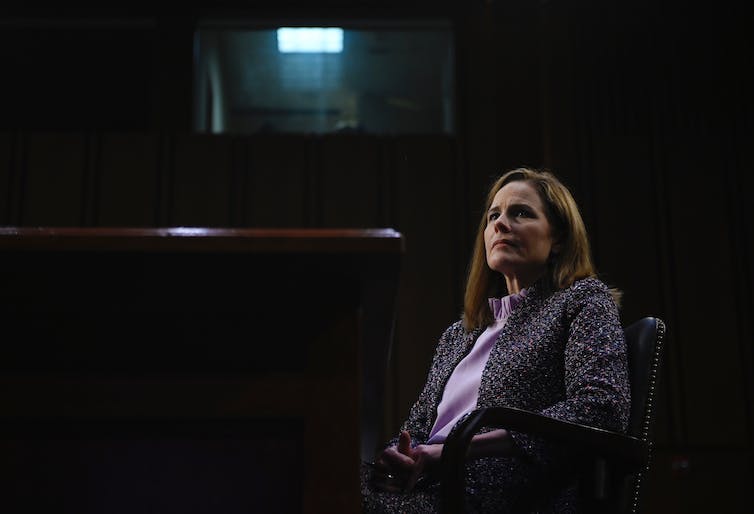 Amy Coney Barrett’s confirmation process has put focus not only on the would-be Supreme Court justice’s faith but the religious makeup of the court itself.

If she is appointed, Barrett would be the second successive Catholic elevated to the U.S.‘s highest court and the third Trump appointee to find favor with the religious right.

As a scholar who has studied the intersection of faith and law, I know that religion has always played a strong role in shaping the composition of the United States Supreme Court. The specific nature of that influence, however, has changed over time. In recent decades it has been shaped by conservatives of different faiths, construed as part of a mythical Judeo-Christian tradition, coalescing around a common agenda.

For the first 190 years of its existence, from 1790 to 1980, the religious divisions that defined the court were denominational in nature rather than ideological.

Of the 101 men appointed to the Supreme Court in this period – there was no woman until 1981 – 90 were Protestants, the vast majority being affiliated with mainline churches.

In contrast, there were just six Catholics, starting with Roger Taney, appointed by President Andrew Jackson in 1836. This number rises to seven if you count Justice Sherman Minton, who converted to Catholicism after he left the bench in 1956.

The first Jew on the high court was the celebrated legal mind Louis Brandeis, appointed by Woodrow Wilson in 1916. In all, there were five Jewish justices in the period up to 1970. 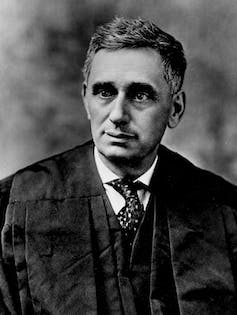 Perhaps the strongest indication of the hegemony of mainline Protestantism during the early era of the court is how little it was questioned. The appointment of a few non-Protestant justices did little to alter the religious character of the court.

The first non-Protestants, Chief Justice Taney and Edward Douglass White, appointed in 1894, were both Roman Catholics, and each sat as the lone non-Protestant on the bench. Though they did not entirely escape anti-Catholic bigotry, which remained a feature of America’s Protestant culture at least until John F. Kennedy’s election, their religion was largely not an issue.

The same cannot be said for the court’s first Jewish justice. Brandeis did arouse objections based on his religion and legal historians have long detected a strong whiff of anti-Semitism in the criticisms leveled against Brandeis. For example, William F. Fitzgerald, a conservative Boston Democrat, wrote on Brandeis’ appointment that “the fact that a slimy fellow of this kind by his smoothness and intrigue, together with his Jewish instinct can be appointed to the Court should teach an object lesson” to Americans.

Nonetheless, Brandeis’ appointment set in place a tradition of an identifiable “Jewish seat” on the Supreme Court, filled with such men as Benjamin Cardozo, whose tenure briefly overlapped with Brandeis and the third Jewish justice, Felix Frankfurter, appointed in 1939. This lasted until the end of the 1960s, when the Jewish Abe Fortas was forced to resign over an ethics scandal. He was replaced by a Methodist, Harry Blackmun, but only after two failed attempts by Richard Nixon to appoint committed segregationists to the court.

There would be no Jew on the Supreme Court after 1969 until 1993, when President Clinton appointed Ruth Bader Ginsburg.

The idea of an identifiable “Jewish seat” and likewise a lone “Catholic seat” – filled by the likes of Justices Pierce Butler, Frank Murphy and finally William Brennan – reflected the degree of social acceptance that both Catholics and Jews had attained. But it also highlighted a near total lack of recognition of other faith traditions – no Muslim, Hindu or self-acknowledging atheist has ever sat on the highest court of the land, although Cardozo was an avowed agnostic. 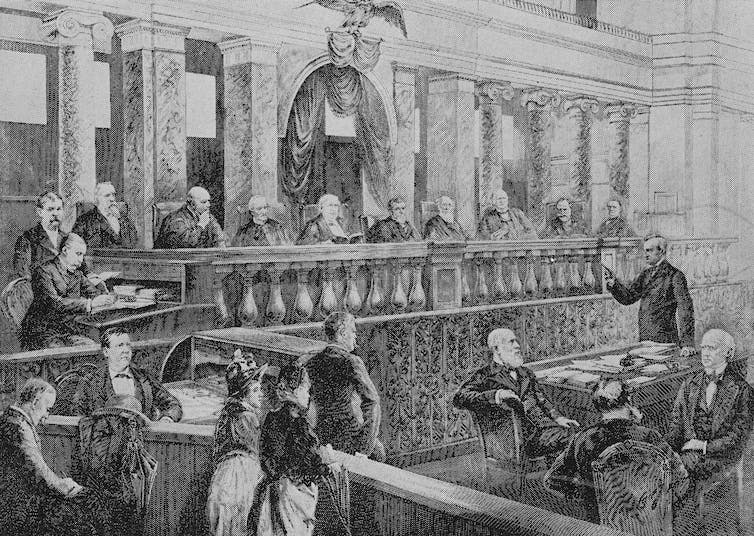 For the first 110 years of its existence, the Supreme Court was white, male and predominantly Protestant. AP Photo

It also reflected the then-widespread understanding of religious identity as being based primarily on an affiliation with a particular religious denomination.

Rise of the religious right

This changed at the end of the 1970s amid a wider movement within religion and politics.

Longstanding antagonisms within each faith tradition – between fundamentalists and modernizers – were now reformed to pit religious conservatives of different denominations against liberals. This led to the mobilization of a political alliance first forged between evangelical Protestants and conservative Catholics, but which over time widened to include Mormons, Orthodox Jews and members of the Eastern Orthodox Church. This alliance came to be known as the religious right.

The emergence and growing strength of the religious right, which sees removal of religion from the public square as an assault on faith, has had huge ramifications for the Supreme Court.

It led to a vigorous campaign to replace perceived liberals in the judiciary with judges who share the theological vision of the religious right.

This has brought about what I see as a second era of the Supreme Court’s religious composition. Organizations such as the Federalist Society, a conservative legal group founded in 1982, and the American Center for Law and Justice, founded by televangelist Pat Robertson, have had increasing success in lobbying for the appointment of religiously conservative judges.

It has seemingly made little difference what the religious denomination of a justice is. What is important is their views about religion and the state. As Rod Dreher, a leading light of the Christian right, recently put it: “The best Christians can hope for is that judges and lawmakers will make it possible for us to live our lives fully as Christians, even in the public square.”

This, more than anything, explains the staunch evangelical support for the numerous conservative Catholics who have been appointed since 1986: Antonin Scalia, Kennedy, Clarence Thomas, John Roberts, Samuel Alito and Brett Kavanaugh, not to mention Neil Gorsuch, who was raised Catholic but now attends an Episcopalian church.

It serves just as well to explain the opposition from the religious right to Justice Sotomayor – raised Catholic but a political liberal.

In that time, only four other justices have been appointed: Ginsburg, Stephen Breyer and Elena Kagan – all non-Orthodox Jews on the court’s liberal wing – and David Souter, the last of the Episcopalians until Neil Gorsuch’s arrival.

Religious conservatives have been remarkably effective in recent years in getting justices who subscribe to their conservative political theology appointed.

If Amy Coney Barrett’s appointment goes through, as it likely will, she will become the eighth appointee who was raised as a Catholic since the installation of her mentor Justice Scalia, and the seventh member of the current court to be raised as a Catholic.

But more to the point, she will become the sixth conservative Christian member of the court, facing off against a liberal wing reduced to one Catholic and two Jewish – but all secularist – justices.