Was Charles Lindbergh a Man Who Got Away?

Lise Pearlman served as the first Presiding Judge of the California State Bar Court. Her first history book, The Sky’s The Limit: People v. Newton, The Real Trial of the 20th Century? won awards in the categories of law, history and multiculturalism. Her latest book is The Lindbergh Kidnapping Suspect No. 1: The Man Who Got Away. 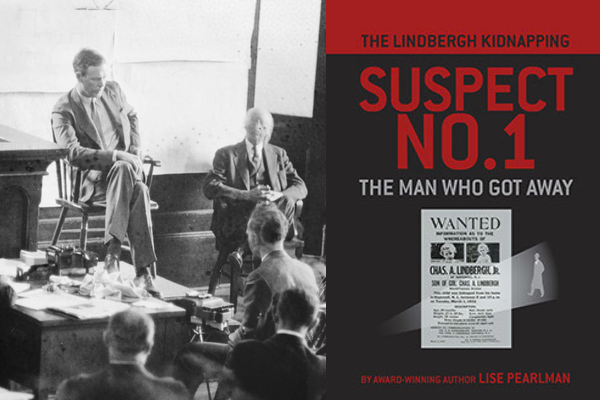 The 1932 Lindbergh kidnapping appears on every expert’s list of 20th century American cases called “the trial of the century.”  Yet investigators disagree to this day on the answer to a basic question: was the man tried and executed for the crime guilty, or was he framed?  In the frenzied atmosphere surrounding the prosecution of Bruno Richard Hauptmann, he never got a fair trial. But was he innocent? His widow insisted so in her six-decade battle to clear his name. Most authors who have revisited the case say no. I say think again.

Complicating every effort since March of 1932 to unravel what happened was the level of fake news that blanketed the case from day one. Even though the crime happened nearly 90 years ago, many facts have only recently been uncovered. My new book, The Lindbergh Kidnapping: Suspect No. 1, The Man Who Got Away,takes advantage of the distance in time to treat the boy’s father as a potential suspect in his son’s kidnap and murder. Why did Lindbergh get treated with kid gloves during the investigation of a crime in his own home – even after Scotland Yard suggested the parents should be investigated?

Most older Americans recall learning the singular achievement of the man born nearly 120 years ago. One biographer called him America’s “last hero.”  For those in younger generations who did not get taught about Charles Lindbergh, he vaulted to sudden fame for completing the first nonstop intercontinental flight from New York to Paris in 1927. It ushered in a new era of global connectedness -- prompting many sites across the country to be renamed in his honor. History buffs have likely read one of several popular biographies of Lindbergh. True crime fans of the History Channel recognize Lindbergh as the father of the 20-month-old victim of the mysterious “crime of the century”  that riveted the entire nation in the 1930s.  Over time, a less flattering portrait of America’s hero has emerged. The reclusive villain in the PIXAR cartoon movie “UP!” was modeled in large part on the aviator. Many viewers watched the recent HBO miniseries based on Philip Roth’s novel The Plot Against America — which rewrote history to reveal Lindbergh as a Nazi-sympathizer whose America First campaign defeated FDR in 1940 to keep the United States neutral in World War II.

Though his legacy is now mixed, none of us today can really appreciate Charles Lindbergh’s heroic image in the late 20s through the mid-30s. He displayed the courage of pilot Sully Sullenberger -- at half Sully’s age -- with the charisma and good looks of a young Brad Pitt and the persistent media attention accorded Donald Trump. Since 1927, millions of Americans saw their hero featured week after week in headlines, radio reports, and newsreels. Followers devoured news of his marriage and the birth of his namesake -- like fans today avidly consume developments in the lives of Prince Harry and Meghan Markle.  In the midst of a national Depression, pride in Lindbergh lifted people’s spirits. Suddenly, came news his toddler son had been snatched from his nursery and held for ransom – at a time when gangs kidnapping children of the rich and famous had averaged more than two a day since 1929. Only this time the victim was a toddler revered as the crown jewel of the nation – the only son of America’s royal family.  The kidnap of Charles Lindbergh Jr. shocked and enraged Americans to their core.

After participating as a member of O.J. Simpson’s “Dream Team” of defense lawyers, Professor Gerald Uelmen wrote Lessons from the Trial: The People v. O. J. Simpson. In that book, he observed: “The most remarkable aspect of every ‘trial of the century’ . . . has been the insight it provides into the tenor of the times in which it occurred. It is as though each of these trials was responding to some public appetite or civic need of the era in which it took place.” The Depression-era Lindbergh kidnap/murder took place amid a sharp rise in xenophobia in a national political environment dominated by white supremacists and social Darwinists, who feared the degradation of their race by an influx of immigrants. All of these factors figured in how that case played out.

When police investigate various suspects, they generally consider motive, opportunity and means as well as later conduct demonstrating consciousness of guilt. Yet in the Lindbergh kidnapping case, the police only applied those criteria selectively and completely ignored one insider. After Hauptmann was tried and executed, questions still lingered. Investigators also noted Lindbergh’s odd behavior in the wake of the crime -– conduct which either intentionally or negligently obstructed the police investigation.

Near the end of World War II, British military historian B. H. Liddell Hart invited his readers to open their minds to face facts that might be disquieting: “Nothing has aided the persistence of falsehood, and the evils that result from it, more than the unwillingness of good people to admit the truth when it was disturbing to their comfortable assurance.” A key suspect the police focused on the day after the abduction was labeled by the FBI “UNKNOWN PERSON NO. 1 (Man with Ladder Near Lindbergh Home).” For shorthand, I call him “Suspect No. 1” -– a slim figure in a long stylish coat and fedora glimpsed at dusk with a ladder in his car at the entrance to the Lindberghs’ driveway earlier the same evening as the kidnapping. What impact did it have on the investigation to allow Lindbergh full authority to direct the state police investigating that crime?

Today, we have both the benefit of insights provided by previous scholars and sleuths, as well as a treasure trove of evidentiary puzzle pieces whose significance had been previously overlooked. I invite readers to focus on a key question police never pursued back in the spring of 1932-–was international hero Charles Lindbergh himself Suspect No. 1, the man who got away? And then judge for themselves.