Is Gen Z Like the World War II Generation?

John R. Bawden is Associate Professor of History at the University of Montevallo. 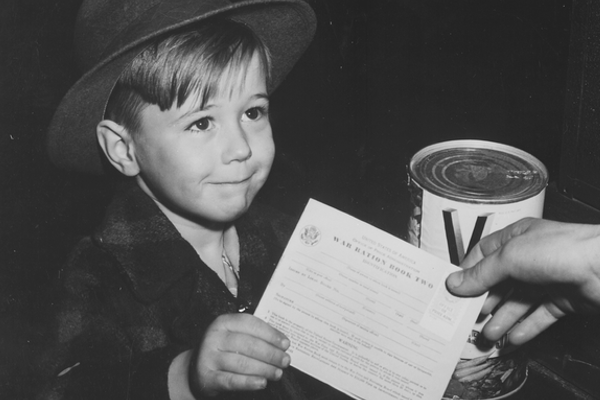 75 years ago, Emperor Hirohito of Japan surrendered to the United States and World War II ended. For Americans who came of age during the preceding fifteen years, they would never forget the way international events had dramatically altered their life plans.

Four months after the Japanese attack on Pearl Harbor in December 1941, the German and Japanese Empires looked invincible, not destined for defeat. No one knew how long the escalating conflict might last, especially since enemy armies kept winning victory after victory.

When it came to food and money, the WWII generation behaved more cautiously than their children because they could remember an unemployment rate that had once hovered between fifteen and twenty percent. From 1933 to 1937, the unemployment rate declined from its peak of 25 percent only to shoot back up in 1938. Would the Depression ever end?

Americans born between 1997 and 2012, now called Generation Z, are coming of age not with a feeling of confidence, but rather an acute sense of uncertainty. Stay-at-home orders and virtual school are one part of the story. Delayed internships and job opportunities are another. Health experts, for their part, anticipate a second, possibly more virulent wave of COVID-19 infections arriving this autumn, which holds the potential for another round of shutdowns.

Manmade political disorders and diminished US standing in the world have similarly contributed to a peculiar generational context for young Americans. Gen Z does not expect baby boomer affluence – why would they? – or share Millennial optimism. Those born in the late 1990s can remember the Great Recession. What they cannot remember is a single moment of national unity such as the one that briefly occurred after September 11, 2001. In their lifetimes the country has only been bitterly divided.

Two factors connect Gen Z to the WWII generation: periods of uncertainty in early life and the importance of government action. Not that government is always trustworthy or effective, only that it is the lone actor capable of certain actions during national emergencies. FDR’s New Deal programs put millions to work on infrastructure projects while providing relief to the aged and infirm.

Few Americans can even remember a time when buying butter or shoes wasn’t as simple as going to the store. 75 years ago, rationing booklets limited US consumption of coffee, sugar, meat, and eggs based on household size and wartime demands. Clothing, gasoline, tires, and medicine all came under the purview of the Office of Price Administration. Americans ate margarine, not butter, and every night coastal cities blacked out their windows rather than provide glimmering targets to Axis submarines.

Americans are so rarely asked to accept disruptive measures that the precedent has practically been forgotten. While face masks and social distancing are certainly not the same as military conscription or wartime rationing, they do harken back to the first half of the twentieth century when US governments curtailed consumption and mobilized the nation for victory.

During the early days of the pandemic, the federal government released stockpiles of emergency medical supplies (masks, gloves, and gowns) to state governments worst hit by the virus. The domestic manufacture of certain drugs and medical supplies is now a national priority. Indeed, the pandemic has caused a rethinking of overreliance on foreign countries for essential supplies.

Businesses have had to consider how to protect their employees from potentially harmful interactions with the public and the pandemic has brought to the fore the government’s role addressing the needs of Americans who cannot work. For young people, it means exposure to community concerns for health and safety as opposed to the relentless, unquestioned march of consumerism.

High levels of mistrust towards government – a hallmark of American life since the Vietnam War and Watergate Scandal -- are not about to disappear, but the coronavirus pandemic is one reminder that we lack control. Microbes – much like extreme weather -- can come unexpectedly and overwhelm the power of individuals to respond effectively. Some governments have dealt with the crisis well, others such as the United States and Brazil have not.

Rationing ended in 1946, but the Great Depression and wartime austerity loomed over the WWII generation. Such experiences cohered a generation of Americans less individualistic and more philosophical about life’s unforeseen twists and turns.

Today, young Americans have much to consider and I would like to think that the pandemic could lead to something that has eluded the last three generations: increased political consensus and greater group solidarity.