History, Memory and Reconciliation with the (Whole) Past

Ralph Young is Professor of History at Temple University and author of Dissent: The History of an American Idea and Dissent in America: Voices That Shaped a Nation. 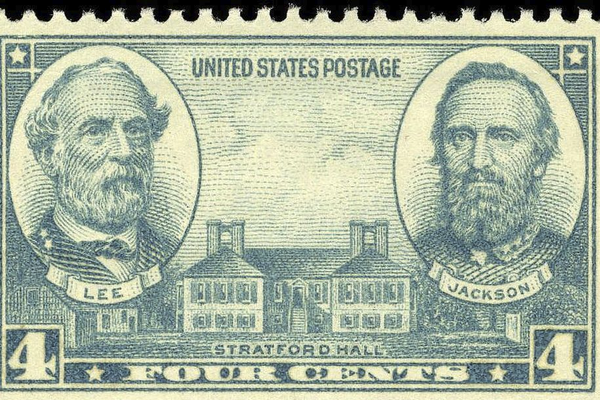 When I was a boy I was an avid stamp collector. Couldn’t wait to find stamps to fill the gaps in my album. I especially loved the commemorative stamps, though I did wonder at the time why the United States of America issued stamps of such people as Robert E. Lee, Stonewall Jackson, Jefferson Davis, and other Confederates. They were traitors; they wanted to destroy the Union. Of course, when I went on to get my degree in history I learned a nuanced view of the complicated efforts to reconcile the division between North and South in the decades after the Civil War. The federal government felt it best, in order to reunite the Union more quickly, not to concentrate on racial equality or the protection of black rights, but to let the South have its commemorations and memorials for the Confederate dead, for their “Lost Cause.” Even Republican politicians who had been ardent abolitionists were losing interest in the status of the “freedmen” after Reconstruction and simply wanted to unify the nation and move on to the issues of industrialization, the tariff, labor vs. capital, and immigration. And so by the time these statues were erected the Civil War was fading into myth, segregation and voter restrictions had been firmly established in the South, and any African American who defied their second-class citizenship knew s/he could be facing the ever present lynch mob. The underlying message of these monuments was the affirmation of white supremacy.

In my lectures I remind students that there are many things to be proud of in American history, but there are other things, other shadows, skeletons lurking in our national closet. Yes, we should celebrate our better angels and the great accomplishments of this republic, but we need to remember and reflect on the dark side of America’s past: the Pequot War, the Trail of Tears, slavery, Wounded Knee, the Jim Crow laws, lynching, xenophobia, mass incarceration, systemic racism….all of it. In order to understand our history, in order to understand where we as a nation have been and where we are going, even in order to understand ourselves as individuals, it is imperative to examine all aspects of our past. The good, the bad, and the ugly. One argument against removing the Confederate statues is that it would be denying one aspect of our past, would seem like covering up the evils of slavery. Still, I do believe they should be removed. Not to cover up what happened, but to be replaced with monuments that tell the full story.

But then, some people say: “Well, what about Washington, what about Jefferson? They owned slaves. Are we going to remove their monuments? It’s a slippery slope.” That is a specious argument. We have to look at this rationally. And there is a massive difference between George Washington and Robert E. Lee. There is a massive difference between Thomas Jefferson and Jefferson Davis.

Washington and Jefferson and many others of our founding fathers, despite the fact that they owned slaves, were dedicated to building this nation. Dedicated to creating the United States. And they did so. Even if imperfectly. They were driving forces of the creation of a republic governed by the people. We should be proud that the United States did reckon with, and overcome, the original sin that lay at the founding of this nation and did eventually abolish slavery. The Confederate leadership, generals, and soldiers were doing the opposite—they were trying to destroy the United States.

If Robert E. Lee had been a little more successful at Gettysburg, if a few battles had turned out differently, if Lincoln and the North had lost confidence and the will to preserve the Union, the South would have won its independence as a separate nation. There would have been two countries instead of the one. And that would have established the precedent of legitimizing secession. Other states, and regions, over the course of time could very well have separated too: New England. the Mountain States, and (of course) California. How strong would five or six separate republics have been in facing the crises of the twentieth century? Of course, this is idle speculation. But one thing is true. Robert E. Lee was more an existential threat to the United States than Osama Bin Laden ever was. Bin Laden could injure us, could damage us, but he never could have brought down the United States.

So, when we reflect on the monuments we need to ask: does the statue memorialize a person or event that was a force for creating a more perfect union or a force that sought to demolish the United States? We must always accept and acknowledge ALL of our past, but the choices we make about which historical figures to honor, and how we represent them, tells us who we are.