Pete Daniel has written eight books and served as president of the Southern Historical Association and the Organization of American Historians. He retired as curator from the National Museum of American History a decade ago. 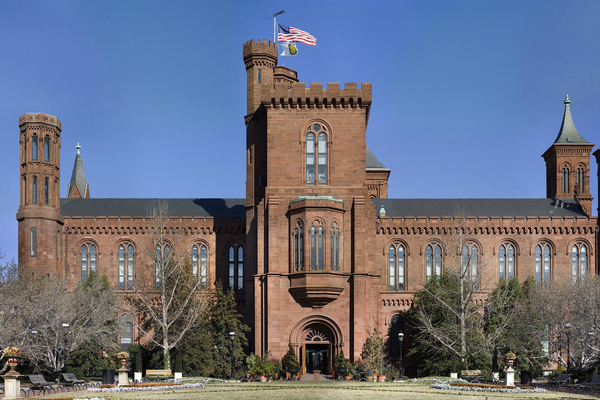 To many curators and historians, President Trump’s National Garden of American Heroes might sound familiar, an echo of Catherine Reynolds’ $38 million offer to the National Museum of American History (NMAH) in 2001 to fund a hall of great achievers.  She mentioned Michael Jordan, Jonas Salk, Steven Spielberg, Oprah Winfrey, and Martha Stewart, among others.  Kenneth Behring, who had funded a wildlife hall at the National Museum of Natural History, had pledged $80 million to the history museum and was keen on an  exhibit featuring great Americans and would eventually have a major say on “The Presidency,” obviously featuring great white men, and on “The Price of Freedom,” a paean to military triumphs.  When NMAH curators complained that they needed time for research on presidents, Behring said they could find all they needed in encyclopedias.

During the 1990s, Smithsonian exhibits had provoked controversy, in particular “The West as America” at the Smithsonian Art Museum in 1991, the aborted strategic bombing exhibit to feature the B-29 Enola Gay at the National Air and Space Museum in 1994, and “Science in American Life” at NMAH in 1994.  In the 1990s, there was a concerted effort to strip conflict from history exhibits, a trend that unfortunately continues.  Smithsonian Secretary I. Michael Heyman decreed that the Institution would no longer mount controversial exhibits, green lighting corporations to exert more influence on exhibit content.  “Controversial,” in Heyman’s formulation, often equated to cutting edge scholarship.

National Museum of American History curators wrestled with the implications of the Reynolds gift.  At a Congress of Scholars meeting, it was pointed out that the proposed achievers exhibit did not resonate with any scholarship of the past century and, more importantly, that it was not the role of curators to do the bidding of donors but rather to propose exhibit ideas informed by scholarship.  If donors dictated encyclopedia-informed exhibits, then museum curators were superfluous; anyone could curate exhibits.

Meddling in exhibit generation was nothing new, but as scholarship became more central to exhibits and donors more demanding, the Society for History in the Federal Government (SHFG) created Museum Exhibit Standards in 1997. Most scholarly organizations quickly signed on. Victoria A. Harden, historian at the Office of NIH History and its Stetten Museum, headed a SHFG committee that drafted standards that staunchly defended curatorial control.  Exhibits should be “founded on scholarship, marked by intellectual integrity, and subjected to rigorous peer review,” it stated.  Museums should identify stakeholders, be aware of diversity, and when dealing with controversial subjects “acknowledge the existence of competing points of view.”  Lonnie Bunch, then head of curatorial affairs at the history museum, and curator Paula Johnson joined the SHFG committee that authored the standards.

The creation of standards was prescient, for when the implications of Reynolds’ achievers exhibit reached academia, there was a groundswell of support for museum curators, beginning when the Organization of American Historians demanded that the Smithsonian adhere to the History Standards, followed by an American Historical Association resolution that called upon the regents to revise the agreement with Catherine Reynolds.  Eventually, Smithsonian Secretary Lawrence Small’s support of Reynolds in particular and of donor intrusion in general had drawn protests from eighty scholarly organizations, but incredulously, or perhaps predictably, such heavyweight fire from the country’s leading scholars bounced off Secretary Small and the Smithsonian Board of Regents, revealing contempt for academicians, public historians, and especially museum curators.

Catherine Reynolds, like Kenneth Behring, leveraged a fortune to enhance social ambitions.  Hers is an intriguing stairway to wealth and prominence but does not include a step featuring a sophisticated understanding of history. When someone at a June 2001 meeting suggested that the exhibit would need to be grounded in history, her reply was, “Oh, you mean in chronological order.”  Her contract stipulated that she would appoint ten of the fifteen members of the selection committee giving her control of exhibit content.

There was an intriguing backstory to the Catherine Reynolds hall of achievers idea, for it closely resembled the American Academy of Achievement run by her husband, Wayne Reynolds, who had earlier attempted to interest Kenneth Behring in a museum of achievement.  Each year the academy chose thirty prominent achievers from across the country to receive a Golden Plate Award and sponsored an annual four-day retreat.  The tie between Catherine Reynolds’ gift to American History and her husband’s Golden Plate Awards largely escaped public scrutiny, although the people she mentioned as potential great achievers for the exhibit were all members of the American Academy of Achievement.  Significantly, the Reynolds’ gift announcement came shortly after Secretary Lawrence Small received his own Golden Plate and billed the Smithsonian $14,600 to charter an executive jet to attend the San Antonio award ceremony.  This tangle of backslapping, self-praise, donations, and Smithsonian exhibit space did not displease the ever-complicit Board of Regents.

The Reynolds gift challenged curatorial integrity, yet in a money-hungry museum starved of exhibit funds the hall of achievers proposal found purchase, and several curators joined an effort to weave the project into a respectable historical narrative while others criticized the project.

In July 2001, a NMAH Congress of Scholars’ memo to the board of regents provoked a harsh response from museum Director Spencer Crew, not in support of his curators but rather of the Reynolds proposal.  He was “extremely disappointed,” he replied, “with the timing and the tone” of the memo.  The donor agreement review, he wrote, went through the Office of the General Counsel, the Under Secretary, the Secretary, and the Board of Regents, and he condemned our memo for demonstrating “a lack of respect for this exhaustive review process.”  In retrospect, of course, that system of checks failed miserably, not only with such donors as Reynolds and Behring but also, it would turn out, in monitoring Secretary Small and his minions.

Crew ignored the fact that the great achievers exhibit came not from museum staff but from a donor, and it drew upon the donor’s hubris and achievement obsession, rather than scholarship.  His reply to our memo, alas, had Smithsonian Castle fingerprints all over it.  What would museum visitors learn from a series of success stories that they couldn’t get from People Magazine?

The attempt by some curators to placate Reynolds failed, and on February 4, 2002, Catherine Reynolds pouted and took back her $38 million.  “Never in our wildest dreams,” she wrote to Secretary Small, “did we anticipate that the notion of inspiring young people by telling the stories of prominent Americans from all disciplines would be so controversial.”  Her idea for the exhibit, she explained, focused on the power of an individual to make a difference and was “the antithesis of that espoused by many within the Smithsonian bureaucracy, which is ‘only movements and institutions make a difference, not individuals.’”  Several curators were aghast that Reynolds so poorly understood and gravely misarticulated their arguments.  Neither Reynolds nor Behring was interested in history but rather intent on celebrating a conglomeration of callous capitalists, jocks, and TV personalities, and their donor desire floated without a historical anchor.  There was a wax museum sophistication to it.  Catherine and Wayne Reynolds never understood that it was not only their simplistic achievers idea she foisted on the museum that grated on the staff but also the threatened fracture of curatorial prerogatives that traditionally originated, shaped, and mounted exhibits.  Even all the resources of the Castle could not batter down the will of American History curators, who, while attempting cooperation with Reynolds, held to history standards.

With this cautionary event in mind, one can only imagine a national garden monument filled with statues vetted by the White House staff and lacking guidance of museum standards, not to mention history.  President Trump’s garden of heroes seeks to revive a discredited celebratory tradition that cloaked white supremacy in Confederate iconography.  Trump, Behring, and Reynolds share the presumption that wealth makes them historical experts, a flaw they share with a large number of less well-off Americans.

Are statues outdated relics of a time before Covid-19 and police brutality tore at the idea of American innocence and invincibility?  Is there a moment of opportunity before those intent on coopting and taming demonstrations succeed?  Can historians drive a wedge into the illusion of American perfection during a moment of demonstrations and Black Lives Matter support?  Change is on the front foot, and this is no time to allow wealth and ignorance to gain ground.  Achiever exhibits and sculpture gardens seem pathetic sideshows to the powerful history of the country.