Contagion and Recovery in the Hittite Empire

Eva von Dassow is Associate Professor of Classical and Near Eastern Studies at the University of Minnesota. 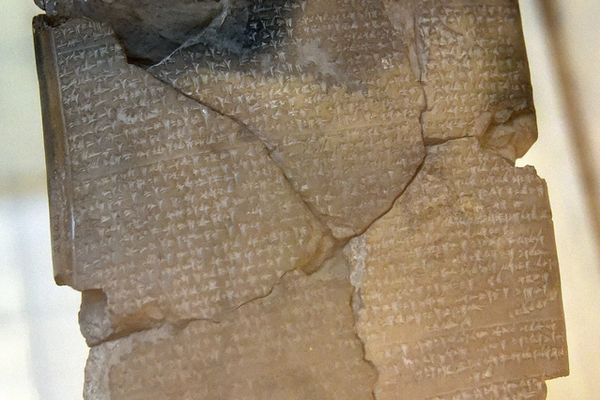 In the late 14th century BCE, an epidemic disease afflicted the kingdom of Hatti, located in central Anatolia (present-day Turkey).  Mursili II, King of Hatti, pleaded with the gods to make the plague stop, in a series of prayers that were written down on clay tablets.  The prayers were composed in the Hittite language and written in the cuneiform script.  Several of the clay tablets on which they were recorded have survived for us to read today.  These tablets, which were excavated at Boǧazköy, site of the Hittite capital Hattusa, are known as the Plague Prayers of Mursili II.

Mursili pleads with the gods to let him know, through an oracle, through a dream, through a prophet, or through a priest, why they have caused Hatti to suffer this plague and what he has to do to make it stop.  “This is the twentieth year,” Mursili told the gods, that “Hatti is experiencing many deaths.”  The plague has been ravaging Hatti ever since his father Suppiluliuma invaded the area of Lebanon, which was part of Egypt’s empire.  There the army of Hatti battled the army of Egypt and won, taking many captives back to Hatti.  The plague broke out among the captives and then infected the Hittites, eventually killing even Suppiluliuma himself – and then his son Arnuwanda, who succeeded him as king.  So Mursili, Arnuwanda’s brother and the next to take the throne, was very keen on placating the gods.

Clearly the Hittites recognized that disease was transmitted by contagion from one person to another.  Yet the gods, the very gods who had blessed Suppiluliuma with victory, could not have allowed his kingdom to be attacked by disease unless they were angry about some transgression.  Which transgression was the cause?  Was it because Suppiluliuma had come to power after getting a rival, Tudhaliya the Younger, assassinated?  Well, the guilty have already made restitution for the murdered man’s blood, and Mursili will now make restitution again.  Was it because the gods require the Hittites to perform the ritual of the Euphrates River?  Mursili’s on his way to do it right now.  Was it because Hatti broke a treaty with Egypt when invading Egypt’s territory?  We’ve confessed our sin and we’re paying for it, says Mursili.  What else do I have to do? he pleads (apparently making peace with Egypt was not an option).  Listen, ye gods, he says, you won’t even have anyone left to bake bread for offerings or pour you libations, if you don’t remove the plague from Hatti!

It seems the gods did listen, eventually, and the epidemic ceased.  It is hard to know how bad it really was.  Mursili says people were dying in great numbers, but of course he had to emphasize the epidemic’s severity, to persuade the gods it was time to stop.  Throughout his reign, he continued to wage war, thwart rebellions, and consolidate the empire his predecessors had built.  Even if the epidemic decimated the Hittites (killing one out of every ten), evidently the kingdom suffered no shortage of men to fight and to rule.

They may have emerged stronger.  Absent a description of symptoms, speculation about what the disease was is futile.  But Mursili can tell us how long it took before the epidemic went away.  He says it had afflicted his realm for twenty years.  There is no evidence that the epidemic continued after his Plague Prayers were composed, although surely Hittites did not cease immediately to suffer this disease or others.  Twenty years is about a generation – enough time for immune resistance to develop among successive age cohorts.  That could be how long it will take us to deal with SARS-CoV-2.