Social Crisis and the Public Use of Reason

Sam Ben-Meir is a professor of philosophy and world religions at Mercy College in New York City. 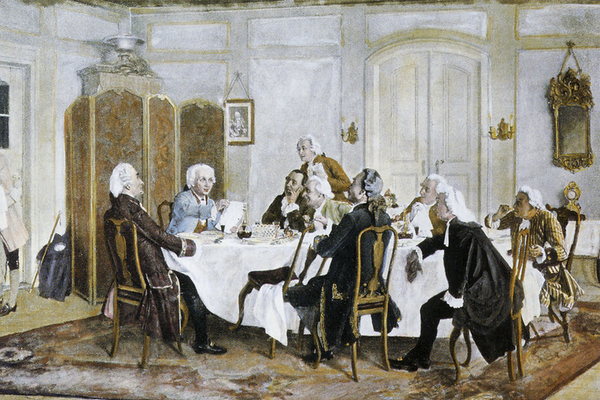 Presently we face a true crisis – a crisis in the fullest sense of the word.  A crisis is defined not simply by the magnitude of the problem – but rather, by how it compels us to question our basic assumptions and preconceptions; it is a situation that forces us to reevaluate the conditions that made it possible in the first place. This implies that within the darkness of every crisis there lies a seed, a kernel of something from which a new reality, a new way of thinking of ourselves and our duties to each other, can emerge.

Genuine leadership recognizes that in a crisis there is the possibility of positive and profound change. Just as Lincoln used the horror of the Civil War – and particularly the Union’s strategic victory at the awful battle of Antietam – as an opportunity to issue his Emancipation Proclamation, a decree which irrevocably transformed the meaning of the war, and indeed the nation itself. A crisis allows us to challenge and rework the coordinates of the present condition. It invites us, even if just for a moment, to suspend our habitual frame of reference, to create – or perhaps re-create – ourselves and our world, our social bonds; our forms of social unity, our ways of being together; our sense of shared responsibility.

A crisis such as this one demands that we exercise what the philosopher Immanuel Kant called the ‘public use of reason’ – as opposed to merely the ‘private use of reason’ where, briefly put, the expert, the specialist is tasked with resolving a defined problem. The private use of reason is sufficient when we are dealing with a problem that can be solved by simply applying the appropriate expertise. As one would only hope and expect, around the world virologists and epidemiologists are intensely focused on how to resolve the coronavirus.

At the same time however, we cannot afford to overlook the public use of reason: reason that does not simply solve a given problem, but asks further unsettling questions, such as how did this problem arise in the first place? Can we really overlook the fact that in the spring of 2018 the Trump administration began dismantling the team in charge of responding to pandemics, including firing its head, Rear Adm. Timothy Ziemer. Under Trump’s administration, the team was ultimately disbanded – indeed, the country was already underprepared to face a public health crisis and Trump’s cuts only left us more vulnerable.

The public use of reason asks questions like: What were the underlying conditions and unarticulated assumptions that made the crisis possible? For example, this public health crisis underscores the importance of a universal healthcare system. Our current patchwork system, with high rates of uninsured, and ever-increasing healthcare costs made it more likely for the pandemic to occur, and as a nation has made it harder to fight effectively. The lack of medical equipment, of ICUs and diagnostic testing, of doctors per capita, all point to a general lack of preparedness. This has been exacerbated by a health insurance system that leaves millions uninsured: in the US, healthcare is treated as a commodity and a privilege, rather than as a right.

The public use of reason asks: how we are defining the problem? Is our definition – our conceptualization of the problem – perhaps part of the problem itself? Is this pandemic solely a problem of public health, or is it also a problem of extreme economic inequality? The public use of reason requires that we question the very frame of reference in which we are operating. We know, for example, that social and economic inequalities are exacerbated during a pandemic. By the same token, a 2008 report – published in the Journal of Health and Social Behavior – found that “When society develops the capability to prevent or treat disease, health disparities across socioeconomic levels and along racial lines are enhanced.”

Let us use this crisis to begin addressing one of the gravest problems of our time – that is, growing economic inequality, the concentrations of vast wealth, and the ever-increasing gap between those who have and those who have not. The Center on Budget and Policy Priorities reports that “the top one percent’s share of income before transfers and taxes has been rising since the late 1970s, and in recent years has climbed to levels not seen since the 1920s.” This increasing concentration of income among the wealthiest one percent means that nearly everyone has seen their piece of the pie shrink.

Since this crisis began, the greatest failure of the administration is not the denial, the lies, the lack of preparedness, but the inability to rally and unify the nation against this common threat, the lack of genuine leadership – Trump’s utter inability to bring the nation together. The president’s irresponsible comments – from his repeated reference to the coronavirus as the Chinese virus, as well as his claim that the government is not “a shipping clerk” – are demoralizing and divisive. History will remember this as the saddest chapter in the story of this disastrous administration. Yet, within every crisis there is opportunity, a chance to change the status quo and emerge with a newfound sense of strength, solidarity, and hope. However, to realize that possibility will require, among other things, a revitalization of the public use of reason.