Kamikazes at the Battle of Okinawa 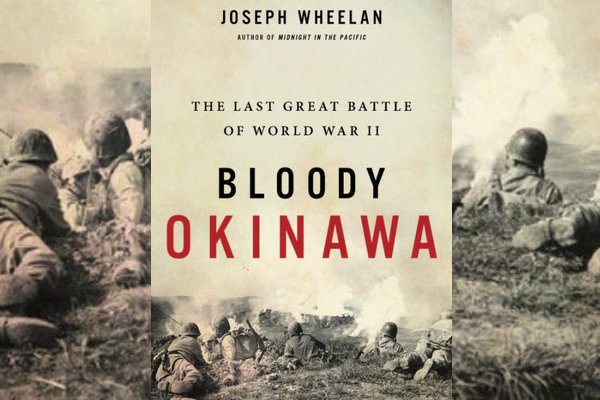 On May 6, 1945, a twin-engine kamikaze plane’s bomb exploded beside the destroyer Luce, part of the radar picket ship screen surrounding Okinawa, and ripped her starboard side “like a sardine can.” Flames shot 200 feet high. A minute later, a kamikaze fighter slammed into Luce’s 5-inch stern port guns, and their magazine erupted in a fireball. Luce went down five minutes later with 149 men lost. In the water, sharks hit men “left and right, just tearing them up,” said radioman Tom Matisak, who saw them rip into the ship’s barber. “It was an awful, bloody mess as they chopped him up and pulled him under.”

For three months in 1945, this was an all-too-common occurrence in the seas off Okinawa, where 10 mass kamikaze attacks, each with hundreds of suicide planes, struck the U.S. Fifth Fleet. The attacks did not alter the course of the Pacific war, but the death toll of more than 4,900 Navy crewmen increased the misgivings of some members of the Joint Chiefs of Staff about invading Japan.

As American forces edged closer to mainland Japan in 1944 and 1945, Japanese leaders adopted desperate measures to thwart the looming disaster. One was the mass kamikaze attack.The loss of Saipan, Tinian, and Guam in the Mariana Islands and the better part of Japan’s air force during the summer of 1944 forced many senior officials to realize that the war was lost. B-29s now menaced mainland Japan’s major cities and ports from new Mariana bases. American submarines were shutting down the oil and rubber pipeline from Southeast Asia. Peleliu was about to fall, and the Philippines would be next.

A negotiated peace being Japan’s best hope, Japanese military leaders embraced attritional warfare as a means of forcing the Allies to drop their demand for unconditional surrender.

Its ideological underpinnings were gyukosai and Bushido. Gyokusai was an ancient term meaning “smashing the jewel” — perishing by suicide or in battle rather than suffering the ignominy of capture. A vestige of the samurai warrior code, Bushido was characterized by a studied indifference to death. The new strategy was first applied in September 1944 during the defense of the Palua Islands stronghold of Peleliu. Rather than launch a banzai attack at the beach, the usual Japanese tactic, Colonel Kunio Nakagawa’s troops awaited the invaders inside the caves, tunnels, and fortifications that they had carved into the jagged coral ridges. They patiently waited for U.S. Marines to enter prepared “kill zones” where they could be raked by gunfire from multiple positions.

The Japanese achieved their goal at Peleliu: during the battle’s first two weeks, the American casualty rate surpassed anything seen in the Pacific war. The new strategy became the template for the defenses of Iwo Jima and Okinawa in 1945. Japan’s air forces officially embraced the strategy on October 19, 1944, when Admiral Takijiro Ohnishi, commander of the First Air Fleet, met with the 201stAir Group’s senior pilots at Mabalacat Airfield in the Philippines. He told them Japan’s salvation no longer depended on civilian and military leaders, but on its young pilots and their “body-hitting spirit.” When Ohnishi finished speaking, “in a frenzy of emotion and joy” all of the pilots volunteered for the first Special Attack Unit.

Never before or since has there been a phenomenon quite like the Japanese suicide pilot — the kamikaze, named for the “divine wind” typhoon that destroyed an invasion fleet under Kublai Khan in 1281 before it reached Japan. General Torashiro Kawabe claimed that the kamikaze did not regard himself as suicidal. “He looked upon himself as a human bomb which would destroy a certain part of the enemy fleet … [and] died happy in the conviction that his death was a step toward the final victory.” It was a coldly logical decision considering that there were fewer skilled pilots, and they were flying outdated planes that were being routinely shot down.

The Japanese simply armed their warplanes with 500-pound bombs and crashed them into American ships. “If one is bound to die, what is more natural than the desire to die effectively, at maximum cost to the enemy?” wrote Captain Rikihei Inoguchi, the First Air Fleet’s senior staff officer. The “fight to the death” strategy’s objectives were embodied in the slogan of the Thirty-Second Army that defended Okinawa: “One plane for one warship/One boat for one ship/One man for ten of the enemy or one tank.” The kamikaze pilots wore white headbands emblazoned with the Rising Sun and good-luck “thousand-stitch” wrappers made by 1,000 civilians who had each sewn a stitch with red thread; it supposedly made them bullet-proof. Before climbing into their cockpits, the pilots lifted their sake cups in a final toast to the emperor and sang, “If we are born proud sons of the Yamato race, let us die/Let us die with triumph, fighting in the sky.”

The suicide attacks began October 25, 1944, during the U.S. invasion of the Philippines. A kamikaze squadron commander sent off his 18 pilots with the exhortation, “Put forth everything you have. All of you, come back dead.” They sank the carrier escort St. Lo, killing 113 crewmen, and damaged the carrier escort Santee. Six pilots returned after failing to find targets. Days later, kamikazes crashed and badly damaged the aircraft carriers Franklin and Belleau Wood.

It was just the beginning.

Between October 1944 and March 1945, suicide attacks killed more than 2,200 Americans and sank 22 vessels. At Iwo Jima on February 21, fifty kamikazes from the 601st Air Group sank the carrier escort Bismarck Sea and badly damaged the carrier Saratoga. The kamikazes’ acme was during the 10 large-scale attacks, or “kikusuis” —meaning “chrysanthemums floating on water” — launched against the picket ships surrounding Okinawa. During Kikusui No. 1 on April 6 — five days after L-Day on Okinawa — the onslaught by 355 kamikazes and 344 escort fighters began at 3 p.m. and lasted five hours. “Dear parents,” wrote Flying Petty Officer 1/c Isao Matsuo on the eve of the mission, “please congratulate me. I have been given a splendid opportunity to die. This is my last day.” Twenty-two kamikazes penetrated the combat air patrol shield on April 6, sinking six ships and damaging 18 others. Three hundred fifty U.S. crewmen died.

The clash between death-seeking Japanese flyers and American sailors and pilots determined to live produced gruesome casualties. John Warren Jones Jr., on the destroyer Hyman when she was crashed, saw two men stagger from the inferno with their naked bodies covered with third-degree burns. Two shipmates had their heads blown open. One had “a big piece of plane through his chest and sticking out both sides.” By April 1945, though, it was apparent that many kamikaze pilots, perhaps because of fuel shortages that limited their training, possessed meager flying skills and could be easily shot down. As defeat loomed larger by the week, volunteers for kamikaze duty dried up; resentful conscripts increasingly filled the ranks. They often flew to their deaths drunk and bitter. One pilot, after takeoff, strafed his own command post.

The Japanese fell short of their goal of “one plane one ship,” but sank 36 American warships, and damaged 368 other vessels at Okinawa. The Navy’s losses were the highest of the Pacific war: 4,907 sailors and officers killed, and 4,824 wounded. Japan lost an estimated 1,600 suicide and conventional planes at Okinawa. The 9/11 hijackers excepted, the kamikaze disappeared after the advent of unmanned missiles, and in the absence of a samurai tradition like that of World War II Japan.