Racist Bullying in My Small Town Made National News. Here's What We Can Learn From How the Town Responded.

Claudia Moscovici is Romanian-American writer and art critic, originally from Bucharest, Romania. She lives with her husband in Saline Michigan. 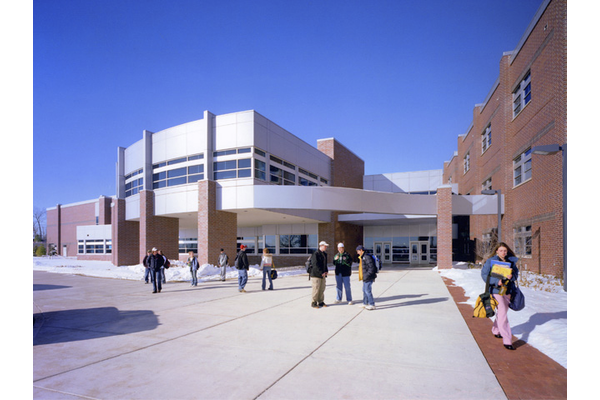 Never in my life did I think that my small town, Saline Michigan, would make national and international news, much less for something as negative as racism. Originally a tiny farming community, Saline has grown into a thriving town with a population of almost 9000 individuals.  My husband and I and our two small kids moved here about fifteen years ago, primarily for the excellent reputation of the Saline Public School system, quiet atmosphere and the availability of affordable housing. Overall, Saline has been a great place to raise a family. Given the progressive leanings of the city’s leadership and the welcoming vibe of the town, most Salinians were shocked by the explosion of negative national and international coverage the past few weeks. What started this negative media frenzy?

The (unwitting) center of the conflagration were our family friends, Adrian Iraola and his wife Lori. Our daughter Sophie worked several years for the Iraolas at their Mexican restaurant, Chela’s. Lori had also been her horseback riding coach at Saline High School and, more importantly, a great mentor and friend. The Iraolas are a successful American family, well liked by the community. They own three popular Mexican restaurants in the area. Yet, since Adrian Iraola is of Mexican heritage, their three children faced racist discrimination in the Saline school system.  The context of the incident reported by the media is relevant. The Iraolas were attending a school board meeting that aimed to address and combat racism and xenophobia in the school system following an incident on Snapchat, where black football players at Saline High School were called racial slurs. The school board meeting, organized by Superintendent Scot Graden, was packed with those sympathetic to the football players who had been insulted and eager to find solutions to this problem. During this meeting, Adrian Iraola stood up and recounted his son’s negative experience, who had been called in school by some of his peers “taco,” “enchilada” and “dirty Mexican”. In a moving statement, the father stated: “I went to bed to say good night. He was crying because of the abuse that he was enduring in this school system.” Suddenly, behind him a man named Tom Burtell blurted out: “Then why didn’t you stay in Mexico?” The crowd booed and one woman asked Mr. Burtell to leave. When the room calmed down, Adrian answered the rude question with a patriotic statement: “Why didn’t I stay in Mexico? Because this is the greatest country in the world.”

In my opinion, this heated exchange highlighted the banality of racism, not, as some of the national media tried to portray, the exceptional racism of Saline, Michigan. Racist, sexist and xenophobic views can exist anywhere, even in progressive towns like Saline. In fact, had the focus of the press not been primarily (and sometimes exclusively) Burtell’s racist and xenophobic remark, and had the media followed up on this case, they would have highlighted the crowd’s strong disapproval of Mr. Burtell’s comment and covered the very well attended Saline Diversity Inclusion Rally on February 5, organized by Darin McLeskey and his wife Suzanna Emily, which encouraged frank discussion of racism and xenophobia. Brian Marl, the Mayor of Saline, along with several members of city council and students spoke at the event. The town’s leadership promised to take measures to address the problems of racism and discrimination. In her brief presentation, councilwoman Christen Mitchell emphasized that the aim of the community should be to be anti-racist not merely non-racist.

So, if anything, Saline is exceptional in a good way. In light of this event, which dragged its image through the mud nationally, the town is determined to confront the root of the problem. Even if only a small minority of Salinians hold racist and xenophobic views, this community will do its best to make sure these discriminatory views are no longer swept under the rug, but faced, combatted and discouraged.

Finally, I’m not sure that I fully agree with Adrian Iraola that America is the greatest country in the world. America is what we make it. Like him, I’m a first generation immigrant. Like his son, I was called names when I went to middle school in Columbus, Ohio. I hardly spoke English when I came to this country from (then Communist) Romania at the age of eleven, but I understood that being called a “Commie” and “Dracula” wasn’t a good thing. America is not just about national policies, over which we have limited influence. It’s mostly about what we make of each of our towns, like Saline Michigan. It’s about what we do to address problems like racism, sexism and xenophobia and how we shape our local communities to create better lives for everyone.