An Abolitionist and the Christmas Tree

The Rev. Dr. John Buehrens was President of the Unitarian Universalist Association and is the author of Conflagration: How the Transcendentalists Sparked the American Struggle for Racial, Gender, and Social Justice (Beacon Press, 2020). 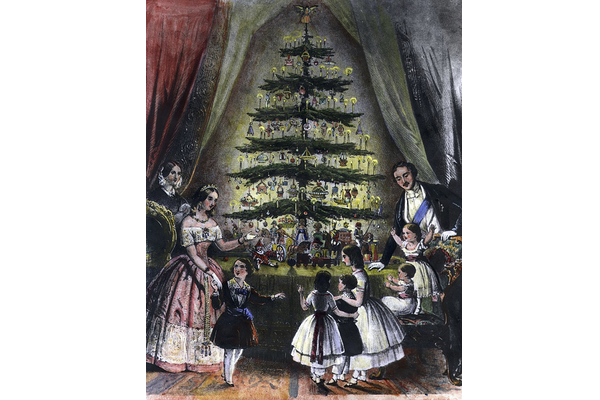 Karl Follen came to America from Germany in 1825 as political refugee. As a young law professor he had written that people are justified in rising up against despotic regimes. Lafayette, returning for the fiftieth anniversary of the American Revolution, assisted with introductions.

Soon Follen was again a professor: at Harvard, teaching in German literature, church history, and ethics. Popular with students, he introduced German gymnastics and opened America’s first public gym. He married Eliza Lee Cabot, from a famous Boston family. In 1831, after the birth to their son, Charlie, she wrote a hymn, “Remember the Slave,” that began:

Mother! Whene’er around your child/ You clasp your arms in love,

And when, with grateful joy, you raise/ Your eyes to God above,

Think of the negro mother, when/ Her child is torn away,

Her husband clearly had her support when he joined the Anti-Slavery Society. He told her that it might mean losing his position. It did. In 1835, Harvard ended his professorship. Many donors were invested in textile mills using slave-picked cotton. Poorer whites, fearing that an end to slavery would cut their wages, had led anti-abolitionist riots– in Boston, where William Lloyd Garrison was nearly lynched; in Philadelphia, New York, and even Alton, Illinois, where another abolitionist editor, Elijah Lovejoy, was killed.

At Christmas, 1835, the Follens still lived in a comfortable house in Cambridge, built with help from Eliza’s family. Charles, as he was now called, was preparing for a second career: as a minister, mentored by Eliza’s influential Unitarian pastor, William Ellery Channing. Channing had summoned a protest meeting in Boston after the Lovejoy murder, and published book on Slavery -- condemning it while also saying that many now calling themselves “abolitionists” were guilty of condemning not just the sin, but also all those tangled in its cotton threads; and with no plan to help those freed, as demanded, “immediately.” Suffering the endemic disease of the time, tuberculosis, Channing made Charles his personal representative in anti-slavery circles.

At the holidays, the Follens had a houseguest, Harriet Martineau, sister of a rising leader among British Unitarians, and a female pioneer in sociology and journalism.  She had supported Britain’s abolition of slavery in its Caribbean colonies, then in a six-year transition period. Plantation owners were to treat former slaves as “apprentices,” using public compensation to prepare them to enter the labor market. Channing hoped that the U.S. might fund such a transition by selling public lands in the West.

Despite the danger, the Follens asked Harriet to go with them to an anti-slavery meeting.

There she said only that she felt slavery “inconsistent with the law of God.” That was enough. Many houses closed their doors to her. Her reports on America became one part dry statistics plus personal anecdotes. She lost her chance to rival de Tocqueville, in assessing the true nature of “democracy in America.”

Christmas, in 1835 Boston, was not yet widely celebrated. New England’s Puritan heritage considered it “popish.” New Year’s was, however. Follen, feeling nostalgic for the Christmas customs of his childhood in Germany, arranged for a New Year’s party for his son, Charlie, his playmates and their parents. Eliza greeted guests in the front parlor. Meanwhile, in a back parlor separated by sliding doors, Follen set up in a tub a spruce tree that he had cut. He and Martineau then decorated it – with small dolls, gilded eggshells, and paper cornucopias with candied fruit. They then placed candles in holders on branches where they would not catch fire.

Once he had lit all the little candles –with a bucket of water standing by – Follen flung open the doors. Charlie and the guests, young and old, looked in, amazed. As Martineau wrote:

It really looked beautiful; the room seemed in a blaze, and the ornaments were so well hung on that no accident happened, except that one doll’s petticoat caught fire. There was a sponge tied to the end of a stick to put out any supernumerary blaze, and no harm ensued. . . . The children poured in, but in a moment every voice was hushed. Their faces were upturned to the blaze, all eyes wide open, all lips parted, all steps arrested.

Those words, published first in a popular women’s magazine, then a pamphlet, gave the first vivid description in English of the German custom of the Christmas tree. The practice soon caught on, both in America and in England, where Queen Victoria’s 1839 engagement to a German prince made fashionable all things German.

Meanwhile, around Boston, younger Unitarian ministers, almost all influenced by Channing, some by Follen, in 1836 formed a group later called the Transcendentalist Circle. Later known chiefly as writers and individualists – as were Emerson, Thoreau, and Alcott out in Concord – many other Transcendentalists remained Boston church-based social activists. Influenced by German idealists such as Kant, they challenged materialism as the basis of moral philosophy. They saw that myfull spiritual, moral development depends upon promoting yours.  They then sparked the American struggle for racial, gender, and social justice. Through spiritual friendship, they promoted Margaret Fuller’s feminism, Horace Mann’s efforts for free public education, and the crusade by Dorothea Dix for decent treatment of the mentally ill. Like Follen, all were disciples of Channing.

Sadly, Follen’s Christmas tree has gone largely forgotten, except perhaps at the Follen Community Church in Lexington, Massachusetts. Five years after lighting that 1835 Christmas tree, he was hurrying back from lecturing in New York to dedicate the building he designed for Unitarians there who had called him to be their pastor. While he had carefully avoided the tree catching fire, he himself perished at sea, amid burning bales of cotton, as the steamer Lexington caught fire on Long Island Sound.

That, however, is another story. One that I have tried to tell as touching on issues that should still concern us all this Christmas.

For more by the author read: 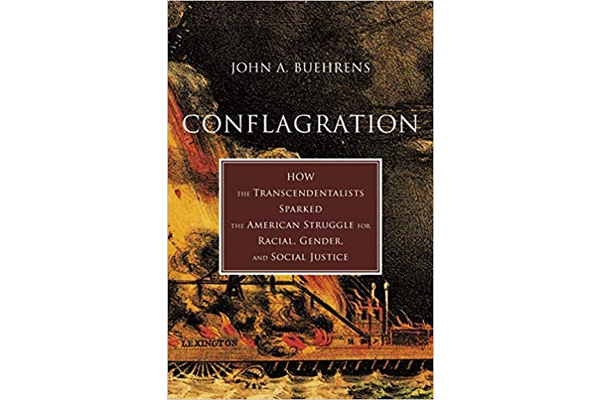