Peter La Chapelle is professor of history at Nevada State College and the author of I’d Fight the World: A Political History of Old-Time, Hillbilly, and Country Music. 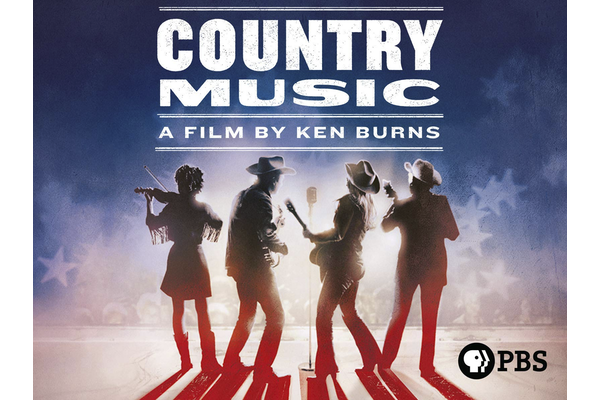 Ken Burns’s PBS documentary series Country Music predictably drew both criticism and praise from reviewers. But, for the community of scholars, journalists, and reviewers who write about the genre and its history, the responses triggered sharper differences than many of us anticipated.

Ken Tucker, in an unusually caustic review for NPR, took issue with the film’s reliance on “a ‘Great Man” theory of history” where the  “biggest stars and the most obvious ideas are the ones deemed most worthy.” Tucker also found fault with Burns’ reliance on a single although well-regarded academic, country music historian Bill C. Malone.

Where is context and commentary from critics and historians like, say, Jewly Hight or Holly Gleason, whose books have done so much to rewrite country history to include essential female voices? In place of scholarship, we are given gush.

Other such as theNew Yorker’s David Cantwell praised the series for foregrounding important but lesser known performers such as West Coast iconoclast Rose Maddox and for connecting key figures of the genre—Bill Monroe, Hank Williams, and A. P. Carter—with their African American musical mentors—Arnold Shultz, Rufus (Tee-Tot) Payne, and Lesley Riddle. Interviews with stars such as Merle Haggard and Little Jimmy Dickens who passed away during production, Cantwell noted, were also valuable additions to the historical record.

My own take on the series was more measured.  As a professor who teaches oral history methods, I, like Cantwell, was elated to see that Burns and crew had conducted so many interviews with figures who have left us.  But like Tucker, there were times when Burns’ omissions rubbed me the wrong way. I thought the discussion in an early episode of blackface minstrelsy’s ominipresent early influence on the genre got short shrift and could have used expertise from the likes of scholars such as Eric Lott or David Gilbert.  Although I appreciated Burns discussion of Ray Charles and Charlie Pride, I wanted to hear more about seminal black string and jug band musicians such as the Memphis Jug Band and Gus Cannon who had a lasting impact on early white performers of the genre or about the long tradition of Cherokee fiddlers that Osiyo TV recently highlighted.

Another Burns critic, Slate’s Carl Wilson, agreed with Tucker’s assessment that the series often soft-pedaled thorny issues, especially surrounding the genre’s complicated history with race. Wilson pointed to my recently released book, I’d Fight the World: A Political History of Old-Time, Hillbilly, and Country Music, which discusses the way politicians from Tom Watson and Pappy O’Daniel to George C. Wallace, Robert C. Byrd, and Kinky Friedman used the genre to get elected to office.  “You’d think it would be a Ken Burns question to ask how country and politics intersected in the progressive populist era of the early 20th century, or during the enactment of Jim Crow laws, or in the Cold War,” Wilson lamented.

As a thought experiment, let’s imagine a Country Music that deals with country music’s complicated and often problematic political history. What would that look like?

For starters, the first episode would move back some forty years, beginning  not in the 1920s, but in the late 1870s when fiddler-politicians such as Tom Watson in Georgia and brothers Bob and Alf Taylor in Tennessee began using traditional breakdowns and minstrel-origin melodies to draw voters to their rallies. The complicated racial origins of the genre would thentake center stage from the get-go. Watson, for instance, performed fiddle at one of his early campaign stops with an interracial group of musicians including a white friend playing rhythmic “fiddlesticks” on his fiddle, an African American fiddler backing him, and a black percussionist “knocking the agony out of a tambourine.”

He went on to become a firebrand Populist congressman who welcomed the Colored Farmers’ Alliance into his movement. However, in the early twentieth century, pressured by changing political realities and perhaps his own prejudices, Watson turned his back on integration and beganpromoting anti-black, anti-Jewish, and anti-Catholic conspiracies.  He appears to have later embraced one of the country music founders Burns highlighted, early radio and recording figure Fiddlin’ John Carson, but there is no mention in the documentary about the role Watson’s editorials and Carson’s fiddle performances played in drumming up support for the lynching of Jewish pencil factory superintendent, Leo Frank, in 1915.

Rethinking Country Musicmight also require some new perspective on the stars Burns featured so prominently.  Hank Williams Sr. for instance had strong political connections. An important figure here was E. Jimmy Key, the confidant of Hank Williams Sr., who in Burns’ documentary described the legend’s descent into alcoholism and eventual death with such memorable lines as “he looked like death eating a cracker.”  Unmentioned is that Williams actually got to know Key through his allegiances with liberal-leaning Alabama Governor Big Jim Folsom.  Key was playing in Folsom’s campaign string band, the Strawberry Pickers, when Folsom introduced Williams to Key. In an overlooked memoir that Key cowrote with Folsom’s widow, Key described Williams as a vocal supporterwho performed with the Strawberry Pickers at a pro-Folsom rally in Evergreen, Alabama.  Though attacked from the right, Folsom would surprise everyone with a Christmas 1949 radio address in which he argued that as long as “Negroes are held back down by deprivation and lack of opportunity, the other poor people will be held down alongside them.”

A reconfigured Country Music would also have to deal with the fact that a later Alabama governor, George C. Wallace, a one-time Folsom supporter who later emerged as one of the most recognizable faces of racism and segregation in the South, employed many top performers and Grand Ole Opry acts in his various campaigns for governor and the U.S. presidency.  Among those who performed for Wallace’s various political endeavors were top stars such as Minnie Pearl, Webb Pierce, Little Jimmy Dickens, George Morgan, Hank Snow, Hank Thompson, Billy Grammer, Ferlin Husky, Hank Locklin, Melba Montgomery, Del Reeves, Grandpa Jones, and Marty Robbins.  Wallace, of course, was the governor who declared at his inauguration that Alabama was part of the “Great Anglo-Saxon Southland” and tossed down “the gauntlet” of “segregation today, segregation tomorrow, segregation forever.” After Wallace took an assassin’s bullet in 1972 but before Wallace recanted on his racist views, country music’s top royalty came to his rescue when superstars Tammy Wynette and George Jones appeared at “Wallace Woodstock” in Florida to raise money for his campaign.

Foregrounding race would also have allowed Burns to focus on such figures as leftwing Idaho singing cowboy Senator Glen Taylor, a white politician who in 1948 protested segregation by orchestrating his own arrest by refusing to use a separate whites-only entrance to a black church in Birmingham.

Though achieving much, had Burns made these adjustments, he would have added depth and honesty to the series and contributed to a better understanding of our national failings around race. Perhaps he would also have immunized himself against accusations, however fair or unfair, of soft pedaling and gush.

For more by this author, read his book: 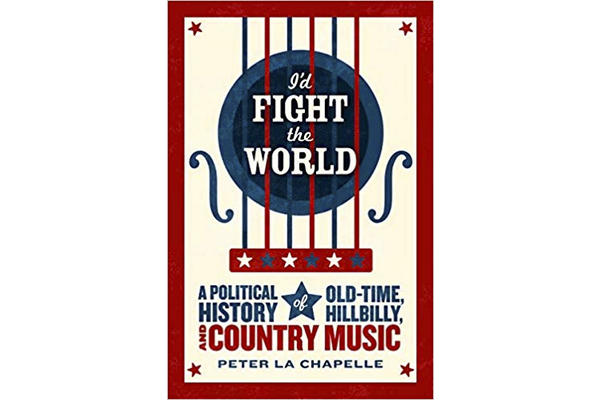