Whistleblower or Spy? What the History of Cold War Espionage Can Teach US

Marc Favreau is the author of Spies: The Secret Showdown Between America and Russia, which was just published by Little, Brown Books for Young Readers. 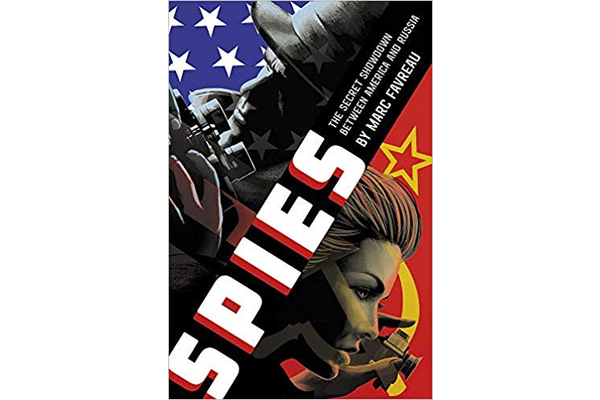 President Donald Trump has called the source for the author of the whistleblower complaint “close to a spy,” and alluded to the harsh treatment supposedly meted out to spies in an earlier era. Many observers were appropriately wary of the president’s definition, as whistleblowers have a unique history in our system – and legal protections – that go back to the nation’s founding.

In fact, Trump is not totally wrong in embracing a somewhat more expansive definition of espionage than our common media stereotypes might suggest.   The modern history of espionage, to the extent that it can be known, provides something of a guide in assessing Trump’s accusation, as well as his proposed punishment.

Since the dawn of the Cold War and the rapid expansion of the CIA’s covert operations program (alongside the work of other agencies charged with surveillance and espionage work, including especially the National Security Agency) spies have taken on a vast range of assignments and assumed many different roles.  Codebreakers, high-altitude pilots, tunnel-diggers, sound engineers, counter-surveillance and counterespionage specialists – all of these have played crucial roles in America’s modern spy wars.

Of course, covert operatives, of the sort we typically associate with espionage, have been the unsung heroes of America’s efforts to glean vital information about its real or potential adversaries. These women and men have little in common with James Bond or Jason Bourne; instead, they are masters of the psychology of persuasion, of assumed identities, and above all of transferring information from source to headquarters.  In their essential book Spycraft, Robert Wallace and H. Keith Melton write that “for a spy the greatest danger usually is not stealing a secret, but passing it to his handler … Without the means to transfer information securely between agent and handler, espionage could not exist.”

Indeed, when we think about the role of the spy, the transit of information – from an often unstable, even dangerous source (whether a U-2 spy plane, the Berlin Tunnel, or a mole operating deep inside the Kremlin) to government officials who can interpret and deploy this information for strategic purposes – seems to be the defining feature.

Trump’s claim that the whistleblower committed espionage puts us in uncharted territory.  The interesting twist here is that it’s not the purported spy who is serving as a conduit of information in conjunction with a foreign regime – that conduit, of course, is the president himself. Instead, the whistleblower/spy conducted her or his operation entirely within the scope of the executive branch of the U.S. government and followed established protocols, which in this instance involved sending a letter to the Inspector General of the Intelligence Community (ICIG).   Whatever we might think of the whistleblower’s motives, he or she has sought identification as a whistleblower– precisely the kind of exposure a spy would never seek.

Trump’s suggested punishment for the whistleblower/”spy”—execution—raised justifiable concern from many political commentators. In the contemporary era, the U.S. has executed only two spies, Ethel and Julius Rosenberg, who were American citizens accused of transferring atomic secrets to the Soviet Union.  That sentence outraged millions of Americans and continues to stir controversy.  The Soviets, in contrast, executed many of their own citizens accused of collaboration with foreign espionage services, typically deep inside Lefortovo Prison, the KGB dungeon in Moscow.   Lest we consider that as a model, we should recall that the Soviet Union’s treatment of prisoners and dissidents received so much international condemnation, it led to the creation of Helsinki Watch in 1978, a key moment in the modern human rights movement.

As the Cold War progressed, both sides adopted a very different practice for dealing with captured spies on enemy soil.  An unmasked covert operative was termed persona non grata and promptly ejected (“PNG’d”) from the host country – generally ruining a promising undercover career and depriving a spy service of precious human talent.   Many spies on both sides of the Iron Curtain met this fate, but were fortunately able to return home to productive senior roles inside their respective spy services.  Given this history, therefore, is it possible imagine that our whistleblower/spy might be sent home to his or her original agency, and in fact get a promotion?  Clearly, the spying analogy has led us to something of a dead end.

The world of spies is one of deceptions and defections; the whistleblower, in contrast, stepped into a sharply-defined role in sending the complaint letter to the Inspector General.  It’s not difficult to understand why the president and his defenders wish to paint the whistleblowerin an unflattering light, but they will find no support for their cause in the history of espionage.