Pennsylvania DSA member Van Gosse is a professor of history at Franklin and Marshall College. 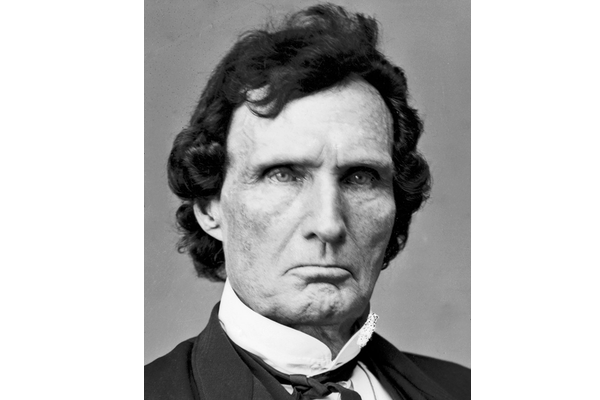 Donald Trump’s presidency has accelerated what was already the biggest upsurge for the American Left in several generations. The past decade’s crises, beginning with the Great Recession of 2008 and then the Republican Party’s lurch to the right under President Obama, have radicalized many Democrats and young people, with thirteen million people voting for an avowed socialist in 2016. This realignment leftwards has increased since Trump’s election: hundreds of thousands who had never participated in grassroots politics have joined local groups like Indivisible;  socialists are running for and winning office in many parts of the country; mainstream Democratic presidential candidates are vying to propose the most comprehensive programs for economic and social transformation.

The present momentum is a great opportunity for practical radicals, but they need to get serious about politics if they expect to seize this day.  Protest, “resistance,” and speaking truth to power are no longer enough. Leftists need to think about how to wield power in our complex political system.

For many, the sudden proliferation of radical movements and ideas evokes “the Sixties” or even “the Thirties,” when powerful movements drove massive social change. But today’s party and electoral politics differ profoundly from those two eras.  For most of the last century, the key ideological divisions in U.S. politics were not partisan, but regional and cultural. As Joe Biden’s recent gaffes have reminded us, only a generation ago the Democratic Party’s congressional leadership still included Southern white supremacists controlling key committees. When Jimmy Carter took office in 1977, the most powerful Democratic Senators were two Mississippians, John Stennis (Chairman of the Armed Services Committee) and James Eastland (Chairman of the Judiciary Committee). These men entered politics in the late 1920s and the Senate in the 1940s, and both remained obdurate foes of racial equality and any use of federal authority to guarantee black civil and voting rights. Conversely, in 1977 and after, some of the strongest defenders of black rights were northern Republicans like New York’s Jacob Javits, New Jersey’s Clifford Case, and Rhode Island’s John Chafee. The twentieth century’s only black Senator until 1993 was Massachusetts Republican Edward Brooke. Nor were civil rights a residual exception to an otherwise clear distinction between the parties. On other key issues, whether environmental, peace, or social welfare, Southern conservatives (mostly still Democrats) voted with conservative Republicans, and Northern liberals voted as a bloc across party lines.

Since then, we have lived through a fundamental realignment.  Democrats like James Eastland and Republicans like Jacob Javits are long gone.  Today the most powerful Southern Democrat is Representative James Clyburn of South Carolina. Like Clyburn, the majority of the Democratic party in South Carolina is African American (in the state where Radical Reconstruction crested). The Republican progressives are extinct and, while caucuses of center-right Democrats remain, the Solid South’s “yellow dog Democrats” committed to racial domination have disappeared—or turned Republican, with Strom Thurmond and Jesse Helms leading the way in the 1970s.

Having finally attained ideological clarity in our party system, there is a historically unprecedented opportunity to make the Democratic Party what this country has always lacked: a party of working people and all those historically excluded by race, gender, sexuality, religion, or nativity—the party of human rights, if you will. Since Thomas Jefferson, Democrats have claimed to be the “party of the people,” but that boast always was qualified by white skin and manifold exclusions.  Myths aside, the party always included plenty of rich planters like Jefferson, Andrew Jackson, and later James Eastland, plus the oilmen and agrobusiness interests whom Lyndon Johnson and others faithfully represented for decades, and more recently, the financial and tech sectors avidly pursued by Clintonian neoliberals.

Today’s left-wing Democrats need to examine which legacies from U.S. political history they should draw upon in remaking their party. Mainstream pundits are waking the ghost of Eugene V. Debs, five-time Socialist presidential candidate in 1900-1920, as a forerunner to Bernie Sanders. Debs was a remarkably effective agitator who repeatedly went to jail for his principles and put socialism on the map in American politics, but he is not a model for the intra-party struggle American radicals need to wage now. Debs never held elective office, and his party never managed even a small caucus in Congress or any state legislature outside of Oklahoma (a “red” outlier during the ‘Teens).  Their greatest accomplishment was periodic control of city hall in industrial towns like Reading, Pennsylvania, Schenectady, New York, and Bridgeport, Connecticut, and one major city, Milwaukee, a far cry from national power.

If contemporary leftists want to learn from the past, a better example would be the most revolutionary parliamentary leader in our history, Congressman Thaddeus Stevens of Lancaster, Pennsylvania. Stevens was an extremely effective legislative infighter in Pennsylvania and then in Washington, renowned for his deadly acuity in debates, admired and feared by both allies and enemies. He was Lincoln’s bane during the Civil War, relentlessly pushing the President to do what needed to be done--free the slaves and crush the slaveowners.

Stevens understood that at key moments politics really is a zero-sum game, in which you either win or lose.  Moral victories are bittersweet consolations; prevailing over one’s opponent is what matters. In 1866-1868, he helped unite the Republican Party in pushing through the House all the key measures of Radical Reconstruction, including the Thirteenth Amendment (uncompensated freedom for all slaves) and the Fourteenth (making the “freedmen” into citizens with equal rights which no state could abrogate).  He passed the crucial Reconstruction Act of March 1867, which imposed military governments over the former Confederate states to block their legislatures’ efforts to recreate slavery via Black Codes controlling the freedpeople. That legislation authorized the Army to hold elections for state constitutional conventions in which all men, regardless of race, could vote.

Stevens and the other Radicals grasped the essence of “movement politics,” to push from the outside and mold public opinion via ceaseless agitation while carefully maneuvering on the inside to get the votes needed for decisive policy changes.  These are the lessons we need to learn now, post-haste. It is also worth noting that Stevens was fearless in the face of significant disabilities. He was born with a club foot and ceaselessly mocked as a “cripple,” and in his youth suffered a disease which left him hairless, requiring ill-fitting wigs for the rest of his life.  For decades, he lived openly with his black housekeeper, Lydia Hamilton Smith, ignoring salacious rumors. In 1851, while a Congressman, he defended 33 black men in the largest treason trial in U.S. history after some of those men killed a Maryland slave-owner who crossed into Lancaster County to claim his escaped chattels.

Thaddeus Stevens gave no quarter to the enemies of liberty.  He focused relentlessly on how to defeat them, by any and all means necessary, to bring about a true republic. When he died in April 1868, he lay in state in the Capitol with an honor guard of black soldiers. He asked to be buried in Lancaster’s one integrated cemetery with the following epitaph: “I have chosen this that I might illustrate in my death the principles which I advocated through a long life, equality of man before the Creator.” We need women and men like him now, in Congress and in the statehouses, and in power.