Thou Shalt Not Ration Justice

by Pamela Metzger and Andrew Davies

Dr. Andrew Davies is Director of Research and Professor Pamela Metzger is Director at the the Deason Criminal Justice Reform Center at SMU Dedman School of Law, where they specialize in criminal justice initiatives and indigent legal services. 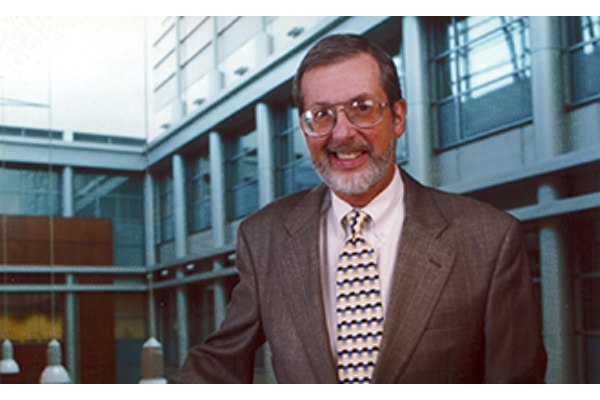 With the passing of Norman Lefstein this week in Indiana where he had served as Dean of the IU McKinney School of Law, the country has lost a champion for indigent defense reform whose initiatives and advocacy have impacted the national conversation for generations.

Norm often quoted the late federal Judge Learned Hand: “if we are to keep democracy, there must be a commandment: Thou Shalt Not Ration Justice.” He argued that the promise of justice is hollow so long as public defense remains an unfunded mandate. The uneven dispensing of justice from state to state, county to county, and defendant to defendant has too often been the result.

Norm was no idle critic. Norm took his first case as a public defender in 1963, only six months after the Supreme Court’s landmark decision in Gideon v. Wainwright.  In the early 1970s, Norm  headed the Public Defender Service of the District of Columbia, an agency which quickly became —and remains — a national model for delivering public defender services.  In the words of his colleague,  Barbara Babcock, “many of Norm’s ideas were novel for the time; today they are the hallmarks of excellence in a defender program.”

By the 1980s, Norm was an indispensable member of any state or national conversation about public defense. Until his dying day, Norm remained  a fixture of the American Bar Association’s Standing Committee for Legal Aid and Indigent Defendants. There, he co-authored the Association’s touchstone pronouncements on indigent defense work, including its Standards for Providing Defense Services and the Defense Function, and its Ten Principles of a Public Defense Delivery System.

Norm pioneered some of the first attempts to collect comprehensive data on indigent defense around the nation. In the wake of the 1963 Gideon decision, Norm knew that states were underfunding public defense – he just couldn’t prove it.  Norm’s 1982 study showed that defender systems in some states were funded less than 5% of the D.C. public defender’s  per-capita budget.

Through his life, Norm’s message on indigent defense policy was consistent. “Current financing is woefully insufficient,” and America’s legal system must do better.  Reflecting on the 50th anniversary of Gideon, Norm quoted John Lennon’s Imagine and described himself as a ‘dreamer.’ But Norm was remarkable precisely because he wasn’t just a dreamer.  Instead he was a “true believer.” From the courtroom to the classroom, Norm understood the importance of proof both inside and outside the courtroom.  He led public defense – and public defenders — into the brave new world of evidence-based reform.

Norm’s work is unfinished. But every day, as they stand beside their clients in court, tens of thousands of lawyers carry on his legacy. At the Deason Center, located in the Dedman School of Law at Southern Methodist University in Dallas — as public defense researchers (and former public defenders) – we live and work in Norm’s long shadow. It is quite difficult to imagine what public defense will look like without him. But to honor him, we must try.