How Two Regicides Escaped to America and Became Folk Heroes

Matthew Jenkinson is the author of Charles I's Killers in America published by Oxford University Press on 1st August 2019, available in hardback and eBook formats, $27.95. He received his doctorate from Merton College, Oxford. Matthew has held four research fellowships at the Huntington Library in California and he is a Fellow of the Royal Historical Society. He lives in Oxford, where he is a Member of the Senior Common Room of New College. 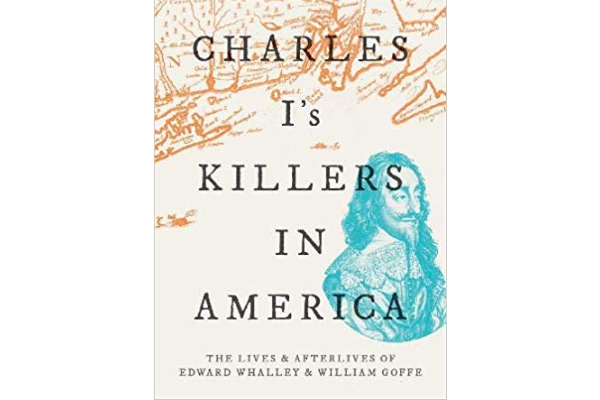 If you went to school in the USA in the late nineteenth or early twentieth centuries, chances are you would have been taught about Edward Whalley and William Goffe. Ask American – or indeed British – schoolchildren today about Whalley and Goffe and you will almost certainly be met with blank stares. This journey from widespread recognition to relative historical obscurity is perhaps surprising when we learn that Whalley and Goffe were significant colonial American figures who had been directly involved in one of the most seismic events in British history: they were the fourth and fourteenth signatories of the death warrant of King Charles I, the only king in British history to be lawfully tried and put to death.

But what also makes them stand out from the other fifty-seven signatories is that they were eventually lauded as American folk heroes, dominant figures in early American literature, and American proto-revolutionaries – men some would consider Founding Grandfathers. They earned this reputation because, when the British monarchy was restored in 1660, Whalley and Goffe fled to America where they continued to uphold the principle of revolutionary republicanism against tyrannical monarchy.

To achieve a peaceful and successful Restoration, Charles II and his courtiers understood the need for widespread forgiveness for many of those who had been involved in the events that led to Charles I’s death – increasing intransigence between king and parliament in the 1630s and civil wars in the 1640s – and those who had been involved in the constitutional experiments of the English Republic in the 1650s. But there were some key figures that had been simply too closely involved in the regicide, most notably the surviving signatories of the king’s death warrant, to be forgiven and their actions forgotten.

Some of these regicides remained in England, confident that their executions would secure their martyrdom, provide a chance to gain sympathisers while re-vocalising their commitment to Oliver Cromwell’s Good Old Cause, and to ensure eternity sitting at the right hand of God. But others preferred to keep promoting the cause by staying alive and taking their chances by fleeing: some to France, Germany, the Netherlands or Switzerland, or – like Whalley and Goffe – to America.

The American colonies were predisposed to be sympathetic to these two devoutly Puritan regicides who had devoted their energies to working against the Stuart dynasty – the religious policies of which had, famously spurred early generations of colonists to cross the Atlantic. Indeed, Whalley and Goffe were openly welcomed in Boston and Cambridge, Massachusetts, and even when warrants arrived from England making it clear that the regicides were wanted men, the sincerity of the colonial authorities’ attempts to capture Whalley and Goffe was open to question. While individuals like Governor Endecott of Massachusetts Bay made overtures to suggest that they were being earnest in their pursuit of the king killers, their delayed and ineffectual actions suggested quite the opposite.

The closest that Whalley and Goffe came to being discovered, for example, was in 1661 when Endecott appointed two hapless bounty hunters, a merchant and a ship’s captain: Thomas Kellond and Thomas Kirke.  They spent a couple of weeks being outwitted by the colonial authorities before being given generous grants of land, perhaps to buy them off and discourage any further pursuit. Whalley and Goffe spent the remaining fifteen to twenty years travelling around the New England colonies, residing in New Haven, Hadley and Hartford, hiding from a threat that never really, it could be argued, existed.

After a flurry of ineffectual activity against the regicides in the year or two following  the Restoration, it became clear that Charles II’s imperial pragmatism was taking precedence over an ideological witch-hunt. Aside from the potential repeated embarrassment of sending over agents to capture Whalley and Goffe, haplessly chasing them through unknown territory that the pair and their protectors inevitably knew more intimately, Charles II and his courtiers had to tread carefully with their newly regained American colonies.

It was economically and politically unwise to alienate potentially lucrative trading partners in the Atlantic basin by encroaching on the colonists’ liberties for the sake of capturing two anxious and ageing Puritans. Furthermore, Charles II was inevitably distracted by developments back home, from the incendiary religious politics of the post-civil war era to the natural disasters of the mid-1660s. While Whalley and Goffe were three thousand miles away cowering in basements, hiding in caves, and eking out an existence of a little trade and a lot of prayer, the urgency to capture and execute them gradually receded.

This did not stop the author of the first full-length history of Whalley and Goffe, Ezra Stiles, from reinterpreting their story to portray them as brave, thrusting, revolutionaries who were acting as revolutionary heralds  from an earlier age. Stiles was researching and writing in the 1790s, in the aftermath of the American and French Revolutions and he enthusiastically wanted to see the regicides as men sowing the seeds for such visionary ideas over a hundred years earlier.

To do so, he had to rely on oral histories. And since fugitives don’t tend to leave a detailed trail of documentary evidence this inevitably led to distortion and excited exaggeration. Individuals retold debatable stories from earlier generations who were determined to associate themselves, their families, and their locality to the story of these heroic men on the run. It also helped Stiles’s cause that the most dramatic story involving the regicides – the tale of Goffe, the ‘Angel of Hadley’, appearing from nowhere to protect the colonists from the indigenous population in King Philip’s War – was actually probably true.

It was on this basis that the majority of novels, plays, poems and paintings that featured the regicides in the nineteenth century portrayed them as heroic champions of liberty defeating the pantomime-villain efforts of the tyrant Charles II and his sneering courtiers. Such a caricature was naturally attractive to schoolchildren growing up with the tale of two obscure Englishmen whose breathlessly heroic actions could be seen as joining the teleological dots between English and American Revolutions. Looking beneath the veneer of this simplistic image might undermine this narrative, but it restores the more fascinating truth of two men whose actions represented something far, far greater.