The Power of Microhistory: An Interview with Bancroft Prize Winner Douglas Winiarski

Elisabeth Pearson is an intern with the History News Network. 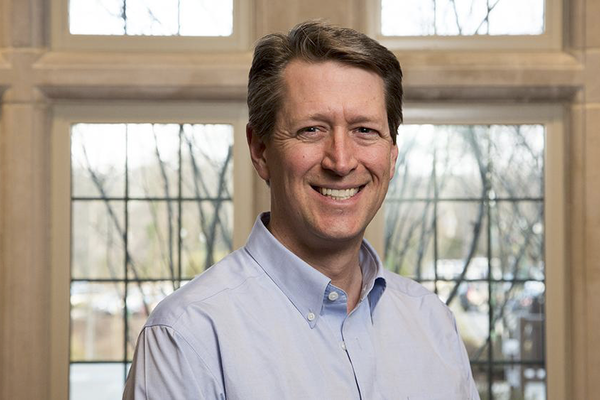 Dr. Douglas Winiarski recently won a grant from the National Endowment for the Humanities. From the press release:

His research is being funded by a $6,000 Summer Stipend by the National Endowment for the Humanities.

“Shakers and the Shawnee Prophet examines the local sources of religious violence on the early American frontier during the years leading up to the War of 1812,” said Winiarski. “I anticipate that the book will resonate with readers attuned to the politics of religious difference and the troubling connections between religion and violence in our own times.”

Winiarski is the author of Darkness Falls on the Land of Light: Experiencing Religious Awakenings in Eighteenth-Century New England which was awarded several honors in 2018 including the prestigious Bancroft Prize in American History and Diplomacy and the Peter J. Gomes Memorial Book Prize."

Your previous work focused on the religious history of New England. What prompted you to shift to studying the American frontier for this project?

This project actually predates my work on popular religion in eighteenth-century New England. I first starting thinking about the pacifist Shakers’ unusual relationship with the militant followers of Tenskwatawa, the notorious Prophet and brother of the famed Shawnee war captain Tecumseh, more than two decades ago. As a graduate student at Indiana University, I was fortunate to study with two outstanding mentors: Stephen Stein, a leading historian of Shakerism and new religious movements in America, and David Edmunds, who had written the definitive biography of Tenskwatawa. They were colleagues and knew each other, of course, but had never discussed the intriguing connections between their scholarship. Steve’s definitive Shaker Experience in America makes only a brief reference to the Shakers’ 1807 mission to the Indians of the Old Northwest; David’s Shawnee Prophet relies on the Shaker missionaries’ journals but doesn’t explain why those sources existed in the first place. As I read their books side by side, I realized that both scholars were working around the edges of a fascinating, untold story.

I started poking around with some of the primary sources from the period and was stunned by what I found. The Shakers produced dozens of journals, letters, and speeches documenting their meetings with the Prophet and his followers. They provisioned the Prophet’s villages and invited Tecumseh to visit their communal settlement at Turtle Creek, Ohio. During a three-day meeting during the summer of 1807, in fact, the Shakers and Shawnee danced together in front of an astonished and horrified audience numbering in the hundreds. Then the frontier erupted into violence. The Prophet faced relentless pressure from all sides, native and American. The Shakers suffered intimidation, theft, and arson. In 1811, the Prophet’s movement was nearly destroyed at the Battle of Tippecanoe; one year earlier, an armed mob threatened to raze the Shakers’ entire village. It’s an amazing story, but also a tragic one. I always planned to come back to this project after I had completed Darkness Falls on the Land of Light.

What is a religious micro history? What made you use that term?

I’m pretty sure the term “microhistory” won’t make the final cut in the title of the book, but I used it in my NEH application to signal the distinctive method I’ve adopted in this project. Microhistorians take well-documented, but obscure individuals or events and use them to explore larger historical phenomena, issues, problems, and themes. It’s a narrative genre as well. Classic microhistories, such as John Demos’s Unredeemed Captive or Paul Johnson and Sean Wilentz’s Kingdom of Matthias, often read like gripping historical novels. They share much in terms of approach with popular nonfiction books, such as Erik Larson’s Devil in White City.

A microhistorical approach allows me to tell a great story. This one features two groups of religious outsiders—both despised and feared by their own people—who briefly discovered common ground and mutual respect within the racially charged and frequently violent crucible of the early American frontier. But I think the story of the Shakers and the Shawnee Prophet raises larger questions about religion, race, and violence in the newly United States. Seen from a broader angle, it’s a cautionary tale about what could have been, what might have been. The violence that erupted in response to the Shakers’ meetings with Tenskwatawa and Tecumseh brings into sharp relief the important connections between America’s rising imperial aspirations, which were directly tied to the dispossession of native Americans, and the emergence of American evangelicalism and the rise of the southern Bible Belt.

What do you think would surprise readers about this time period and subject? Did anything surprise you while you researched?

Just about every Protestant denomination sent missionaries to the native peoples of the Ohio Valley and Great Lakes region during the early decades of the nineteenth century. Most missionaries were aggressive agents of culture change; a few, including the Moravians and Quakers, tried to work closely with native communities and sympathized with their plight. Yet all of them presumed that the Indians needed to change or perish, to become in the language of the period, “civilized.” The Shakers were different. They were convinced that other denominations believed and practiced Christianity in error. In fact, they typically referred to Baptists, Methodists, and Presbyterians as “antichristians”! In 1805, three Shaker missionaries traveled to Kentucky and Ohio seeking to convert members of these evangelical denominations to the Shakers’ distinctive faith. After some impressive early gains, however, the Shaker mission faltered and they began to experience various acts of violence at the hands of their antichristian neighbors. Two years later, when members of the struggling Shaker community at Turtle Creek heard that a new group of “religious Indians” led by a charismatic prophet had recently established a new settlement less than fifty miles away, they quickly dispatched a delegation. But the Shakers never attempted to convert the Shawnee Prophet or his followers; nor did they think the Indians needed to be civilized. Instead, the Shakers understood the Prophet’s movement as a manifestation of the very same “operation of the holy Spirit” that has once existed among Anglo-American “revivalers” on the frontier. The Holy Spirit had abandoned evangelical Protestants, as one Shaker noted in his journal, and been “given to the Heathen, that they should bring forth the fruits of it.” This is an extraordinary statement. And it set the stage for a series of fascinating encounters between the two groups—and a lot of anti-Shaker violence as well.

What lessons has your research into this the period offered for American politics and society today?

And I guess that’s the contemporary payoff of this project. I think my book will resonate with readers attuned to the politics of religious difference and the troubling connections between religion and violence in our own times. Loose talk of religious “extremism” seems to be everywhere in our public discourse these days—of individuals “radicalized” and religious beliefs “weaponized.” Anglo-Americans would have understood the Shakers and the Shawnee Prophet in similar terms in 1807. Then, as now, violence against outsider religious communities was fueled by partisan media and warhawking politicians. When Indiana territorial governor and future president William Henry Harrison wrote to the Secretary of War and mistakenly claimed that Tenskwatawa “affects to follow the Shaker principles in everything but the vow of celebacy,” he was beating the drums of racial and religious prejudice to drum up support for a Indian war that would begin with the Battle of Tippecanoe and continue through the War of 1812. Perhaps, in understanding the little-known story of the Shakers and the Shawnee Prophet, readers will be in a better position to assess the dangerous power of similar forms of political invective in our own times. We’ll see.

What has been your favorite archival experience while researching this book?

That’s an easy one. It’s my obsessive quest to recover the history of something called “the jerks.” My book is about the rise of western Shakerism and the believers’ complicated relationship with the Shawnee Prophet. Along the way, I needed to figure out why the Shakers of upstate New York and New England sent missionaries to the trans-Appalachian west in the first place. It turned out to be a interesting story in itself. By the turn of the nineteenth-century, the Shakers had developed a notorious reputation for their ecstatic dancing worship practices. During these “laboring” exercises, as they were called, Shaker brothers and sisters frequently collapsed to the ground, trembled uncontrollably, or whirled in circles. Outsiders began referring to them as “convulsioners.” Powerful religious revivals began sweeping across western settlements in during the first years of the nineteenth century, but the Shakers waited to send missionaries to investigate until a curious article appeared in a local newspaper in November 1804. The anonymous author of “The Jerks” described a peculiar new religious phenomenon that had recently surfaced in the Shenandoah Valley of Virginia in which the bodies of revival participants convulsed uncontrollably. Benjamin Seth Youngs, the central figure in my book, and two colleagues set off for the frontier just one month later. The Shaker missionaries targeted communities of these “jerkers” during their travels, and revival participants who experienced such unusual somatic phenomena emerged among the Shakers’ earliest converts in Kentucky and Ohio. So I spent quite a bit of time tracking down these “jerkers”—the first “Holy Rollers” in the history of American evangelicalism. Readers can learn more about that side project on my website (www.douglaswiniarski.com/essays) or by visiting my “History of the Jerks” digital archive (https://blog.richmond.edu/jerkshistory).