The History of the American System of Interrogation

Donald E. McInnis is a California criminal defense attorney and the author of She's So Cold: Murder, Accusations and the System that Devastated a Family (June 2019; https://donaldmcinnis.com). He represented Aaron Houser in the Stephanie Crowe murder case. Over the span of his 40-year legal career, Mr. McInnis has worked alternately for the prosecution and for the defense, having served as a deputy district attorney for two California counties and as a deputy public defender for one California county during his early professional years. 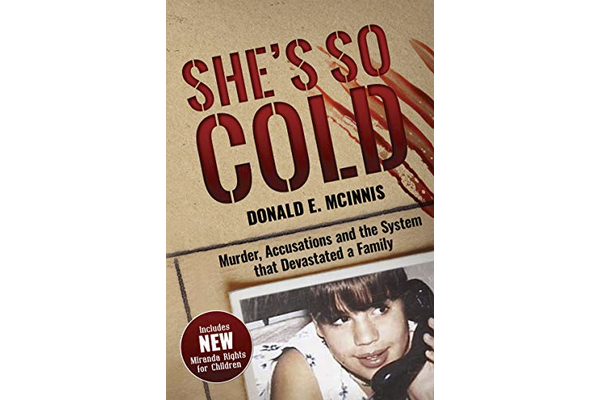 Why do people confess to serious crimes they did not commit? Such an act appears totally against human nature. And yet, we have the case of the Central Park Five where five teenage boys didn’t just say “I did it,” but gave detailed, overlapping, confessions. Based upon those confessions, and with no supporting physical evidence, the boys were sentenced to prison. After serving nearly a dozen years, someone else confessed to the rape, and that confession is backed up by DNA evidence. How can this happen?

The more important question is: were the Central Park Five confessions a freak accident? The answer is NO. Every day, adults and juveniles falsely confess to serious crimes they did not commit.

After 40 years of practicing law and having handled a case similar to the Central Park Five, I can tell you that it is not the people who make these false confessions that society should look to for an explanation, but rather the system itself. In particular, how the authorities question potential suspects.

At the core of American criminal justice is an accusatorial system that assumes a suspect is guilty. This accusatory model runs through all levels of law enforcement and naturally leads to an accusatory method of interrogation, where the suspect is presumed guilty by their questioner.

At first, physical torture was used to extract confessions, verifying the interrogator’s theory of guilt. Then in 1936, the United States Supreme Court ruled, in the case of Brown vs. Mississippi, confessions obtained through violence, such as beatings and hangings, could not be entered as evidence at trial. The court recognized that any human can be coerced to say anything, and as such, confessions by torture were unreliable.

As a consequence, the authorities went to a softer and less obvious method of coercion: the “third degree.” The third degree left less-observable physical marks of torture; the police shoved the suspect’s head into a toilet, twisted arms, or struck the accused in places that would not leave an obvious mark. Interrogations were conducted nonstop for days, with sleep deprivation, bright lights, verbal abuse, and threats to the suspect and suspect’s family all commonplace.

In the early 1960s, John E. Reid, a polygraph expert and former police officer, and Fred E. Inbau, a lawyer and criminologist, devised an extensive method of psychological interrogation called the Reid Technique of Interrogation. This model is based on psychological manipulations and the ability of the questioner to tell when the suspect is lying, and it is used today by practically all police departments in the United States. The Reid Technique follows the American tradition of accusatory criminal investigation. Instead of torture, however, the Reid Technique utilizes isolation, confrontation, the minimization of culpability and consequences, and the officer’s use of lies about evidence that supposedly proves the suspect is guilty.

This accusatory method establishes control over the person being investigated by leaving the suspect alone in a small, windowless, claustrophobic room prior to interrogation; has the interrogator ask accusatory, closed-ended questions that reflect the police theory of what happened; and has the officers evaluate body language and speech in order to determine if the suspect is lying. The goal of this psychological interrogation is to overwhelm the person being questioned and to maximize the suspect’s perception of their guilt. When necessary, a softer approach by the investigator allows the suspect to perceive their conduct in a socially more acceptable light and thereby minimizes both the perception of the suspect’s guilt and the likely legal consequences if they confess.

By the time the Supreme Court decided Miranda v. Arizona, psychological interrogations had supplanted physical coercion. But with no obvious marks of torture, the Supreme Court now had difficulty distinguishing voluntary from involuntary confessions. The Court noted:

[T]he modern practice of in-custody interrogation is psychological rather than physically oriented.

As we have stated before, this Court has recognized that coercion can be mental as well as physical, and that blood of the accused is not the only hallmark of an unconstitutional inquisition.

The justices went on to emphasize the “inherent coercion of custodial interrogation [when considering] the interaction of physical isolation and psychological manipulation,” and concluded that new safeguards were necessary in order to ensure non-coerced confessions. Thus, the Court required the now-famous Miranda rights warning that law-enforcement agencies read to suspects.

These safeguards are as follows:

However, these Miranda safeguards do not prevent psychologically induced false confessions.

Scholars say the flaw in psychological interrogations like the Reid Technique is the assumption that the investigator can detect when the suspect is lying. Studies challenge the ability of a person, even a trained investigator, to tell when a person is lying. This is particularly true when dealing with the young, the poorly educated, or the mentally ill, especially when the suspect is under the psychological stress of isolation, accusation, and the presentation of false evidence.

As a criminal defense attorney, I have had firsthand experience observing the results of the Reed Technique when used against juvenile suspects. The Crowe murder case is a prime example of how psychological interrogation goes wrong when the police follow their presumed skilled assumption that a suspect is guilty. In the Crowe case, the police had no evidence as to who killed 12-year-old Stephanie Crowe. But her 14-year-old brother, Michael, didn’t seem to be grieving appropriately. By the time the police were done interrogating Michael, he had confessed to the murder, and two other high school friends had given statements tying them to the murder. All three were charged as adults for the murder. I represented one of the boys. At defense insistence, a mentally ill vagrant’s clothing was tested. DNA tests found Stephanie’s blood on the vagrant’s clothing. The boys were released and exonerated of all guilt.

Such false confessions need not happen. There is a new method of interrogation created by the High-Value Detainee Interrogation Group (HIG) that is quietly being used by a few law enforcement agencies. HIG was established in 2009 as a reaction to the physical and psychological torture at Guantanamo Bay, Abu Ghraib, and other overseas CIA facilities during the post-9/11 Bush years. The HIG technique represents a joint effort by the FBI, the CIA, and the Pentagon to conduct non-coercive interrogations.

How HIG works and the tactics used by interrogators are closely held government secrets. But this we do know: The United States government through HIG has funded over sixty studies in the psychological and behavioral sciences worldwide, with particular emphasis on studies of the law enforcement models in England and Canada. These two countries have abandoned the Reid Technique of psychologically accusatory interrogations for a “cognitive interview” model where the suspect is asked what they know about the crime. This method presumes the suspect is innocent and allows the suspect to tell their story without interruption or accusation. The investigator may ask the suspect about contradictions or inconsistencies between the suspect’s narration and the known evidence. But the interrogator may not lie about the evidence or deceive the suspect.

Could we be seeing the end of the American method of accusatory interrogation and the beginning of a new and more effective form of interrogation? One thing is sure: the cognitive-interview method was found, in a 2014 HIG study, to be more effective in producing true confessions as opposed to false confessions than the American accusatory approach.