America, One and Inseparable 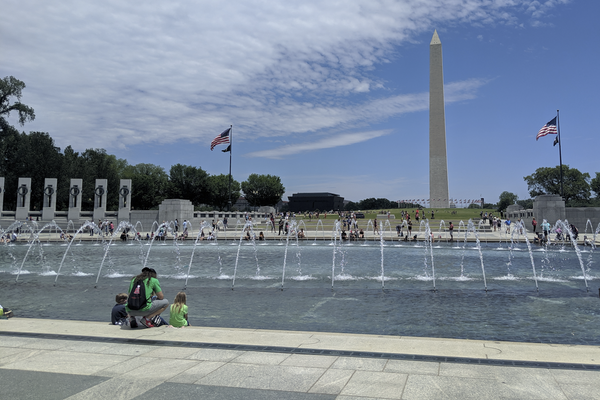 This Independence Day it is all too easy to find the theme we must adopt as we reflect on American history and identity. “America: One and Inseparable” comes to mind at once as we think on what we need to seek out and build for our greater good.

Those of us who have lived a long life in our great country look about at division everywhere among us.  In Congress, in many a state legislature, deep in our Society—the expression “united we stand,” once so normal, so commonplace, there for our use, seems no longer to describe us.

It is so very tempting to rush at the very outset to the figure of the one who has so successfully divided us and continues to do so.  He need not be mentioned, for all are all too well aware of what is happening and why this disaster has come upon us.

But today, I’d like to return to the document this holiday celebrates. The words enshrined in the Declaration of Independence tell us who this country is for and who our duty belongs to:  “all men” it says, and we now consider that to mean “men and women alike.”

But despite those words and national mission, from birth to our passing we allow ourselves to be separated from our fellow beings!   The quiet acceptance of the First Amendment so common in earlier years seems open to debate, while that Second Amendment is in the public eye for absolutely devastating reasons, is it not so?  Our Leader seems determined to make of the word “Immigrant” something alien to us, as they with darker skin and sometimes different religion get considered quite unacceptable in the America we know and love. Violence is omnipresent —from the daily news to our entertainment.  It is a vehicle that is increasingly used to entertain, while the consequences create deeper and deeper fear.

Yes, the challenges we face as a nation are vast.  Guns and drugs and opioids have no place here, nor do threats that robots may take over tomorrow’s means of earning a living.  Often, it seems like compromise is impossible. As I offer these words, representatives of a political party in one state just moved out of state to avoid voting in the Legislature, denying legal representation and participation for all elected there.

To combat these challenges, we should listen to our former presidents, our great authors, and those who so brilliantly fill our pulpits.

We want to live with words like those of President Thomas Jefferson in his First Inaugural Address, President Abraham Lincoln as he faced those who suffered at Gettysburg, and even President Franklin D. Roosevelt, apolitical as he warned Americans against life governed by “fear.”

As we seek sources that may offer inspiration, we must not overlook the Archives of past Presidents of our Land.  Every time I enter the doors at West Branch, Iowa (Hoover), Abilene, Kansas (Eisenhower), Independence, Missouri (Truman), and Austin, Texas (Johnson), I get a real lift.  Two weeks at Hyde Park, N. Y. raised my spirits in 1952, and I’m sure the words of Kennedy (usually inspiring), and Nixon would inspire these days as they did long ago.

Billy Graham in his day and others who offer spiritual guidance are also capable of raising our ideas for improving Society.  Some columnists and press writers use prose that lifts our boats (an old expression).  There is no doubt in my mind that present day dwelling on The Negative every morning with my newspaper and tuning in so often to TV News with its recital of “unpleasantness” is having an adverse effect that may prove lasting—that is, if not diluted by the uplifting.

Finally, in law-making it is becoming much more than essential that we COMPROMISE strong belief and frame new legislation that will serve us well.

Do the ideas above seem remote from the old, that traditional 4th of July spirit that served us well in the Past?  Well they might, for at the very outset I strongly suggested that our Nation is seriously on the wrong track and needs A New Spirit.

What we must have, and soon, is a renewed  affection for Unity, and respect for togetherness.  We need to breed  hope across our landscape for a Unity of thinking about a safe and noble Future for us all.  Rejecting hatred and suspicion that will surely prevent our unity in spirit and action as we move forward! Yes, and a determined and renewed affection for one another.  In that spirit, let us hope, will the day intended to build patriotic spirit serve us so we can face the Future united as a single democratic people.