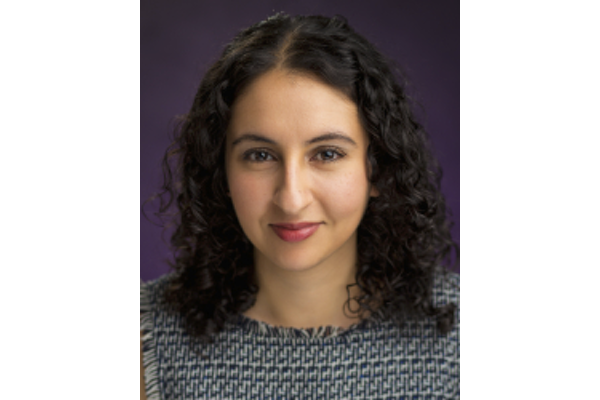 Arbella Bet-Shlimon is Assistant Professor in the Department of History at the University of Washington, a historian of the modern Middle East,  an adjunct faculty member in the Department of Near Eastern Languages and Civilization and an affiliate of the Jackson School's Middle East Center. Arbella’s research and teaching focuses on the politics, society and economy of twentieth-century Iraq and the broader Persian Gulf region, as well as Middle Eastern urban history. Her first book, City of Black Gold: Oil, Ethnicity, and the Making of Modern Kirkuk (Stanford University Press, 2019), explores how oil and urbanization made ethnicity into a political practice in Kirkuk, a multilingual city that was the original hub of Iraq's oil industry. She received her PhD from Harvard University in 2012.

I just wrote an obituary for my Ph.D. advisor, Roger Owen, in the latest issue of Middle East Report, and I read his memoir A Life in Middle East Studies prior to writing it. It proved to be a fascinating retrospective on the development of our field over the twentieth century. At the moment, I am digging into the work of the multilingual Kirkuki poet Sargon Boulus, and scholarship about him, as I write an article about the idea of the city of Kirkuk as a paragon of pluralism in northern Iraq. This is a topic I became interested in when I was researching my book on Kirkuk’s twentieth-century history, City of Black Gold, just published by Stanford University Press.

I decided to make history a career after I was already in graduate school in an interdisciplinary program. I started that program with a goal: to counter inaccurate and stereotyped perceptions of the Middle East among Americans. These spurious ideas were fostering cruelty to Middle Easterners at home and prolonging destructive foreign policy abroad. I concluded that researching, writing, and teaching the modern history of the region would be the best way to meet that goal. The way I stumbled into this conclusion was essentially accidental, but I’ve never looked back.

It was an unexpected change of direction, because I hadn’t taken a single history class in college. And history, according to most college students who haven’t taken a history class, is boring. We have an image problem. Just look at the most famous secondary school in the world: Hogwarts (from the Harry Potter universe). This is a school where one of the tenure lines has a jinx on it that leaves professors fired, incapacitated, or dead after one year, but its worst course isn’t that one. Instead, its worst course is a plain old history class, taught by a droning ghost professor who bores even himself so thoroughly that he doesn’t realize he died a long time ago. High school students (real-life ones, I mean) will frequently tell you that they hate history because it’s just memorizing lists of things, or their teacher just makes them watch videos. That’s not what history is beyond the K-12 realm, of course—neither college history nor popular history is anything like that—and there are some great K-12 history teachers who don’t teach that way. But it’s a widespread stereotype rooted in some truth. I didn’t actively dislike history prior to pursuing it full time, but it hadn’t even occurred to me to consider it a possible career.

Qualities that are central to any research career. For instance, a high tolerance for delayed gratification, because you can knock your head against a research question for years before the answers start to come to fruition in any publishable form. And you need to be willing to be proven wrong by the evidence you find.

My dad was my first history teacher. I learned a lot about the history of the Middle East riding in the car as a kid.

Once, at a graduation event, a graduating student told me that a conversation he’d had with me during office hours was one of the main reasons he did not drop out of college. I had no idea my words had had that impact at the time. I think we professors are often not aware of the small moments that don’t mean much to us but change a student’s life (both for the worse and for the better).

Institutional support; support from the parents or other tuition funders of students who want to pursue history as their major; and stable, contracted teaching positions with academic freedom protections for those who have advanced degrees in history and wish to work in academia.

I don’t collect artifacts, but I’ve used my research funds to acquire a few things that are hard to find and have been indispensable to my work. For instance, I have copies of the full runs of a couple of rare periodicals from Kirkuk that I acquired while writing my book. They’re almost impossible to find even in global databases—and when you come across something like that in someone’s private collection, you have to get a copy somehow.

The most rewarding thing about being a historian is when a student tells me that their perspective on the world has been transformed by taking my class. The most frustrating thing is the pressure from so many different directions to downsize humanities and social science programs.

That’s a very broad question, but I can speak specifically about my own field of Middle Eastern history. When I set out to write a PhD dissertation on Iraq, some colleagues in my cohort reacted with surprise because, they pointed out, it would be extremely difficult to conduct research there. One fellow student told me that he’d started grad school interested in Iraq but realized after the 2003 US invasion that he wouldn’t be able to go there, so he switched his focus to Egypt. Since then, though, many more conflicts have developed and brutal authoritarian rulers have become more deeply entrenched. Nobody researching the history of the Middle East today can assume that the places they are interested in will be freely accessible or that any country’s archives are intact and in situ. And even if we can visit a place, it may not be ethical to talk to people there about certain sensitive topics. At the same time, we know that we can’t just sit in the colonial metropolis and write from the colonial archives, as so many historians of a previous generation did. So I think many Middle East historians have become more methodologically creative in the past decade, asking new sorts of questions and tapping into previously underappreciated sources.

Right now, I’m trying to understand Iraq’s position in the Persian Gulf, shifting my focus toward Baghdad and its south. Historians of Iraq have written extensively about its experience as a colonized, disempowered country, but have less often examined how expansionist ideas were key to its nation-building processes throughout the twentieth century. This becomes clear from the perspective of Kirkuk. It’s also clear when looking at Iraq’s relationship with Kuwait, which Iraq has claimed as part of its territory at several points. I’m in the early stages of gathering sources on this topic.