What I’m Reading: An Interview With Historian Mark Weisenmiller 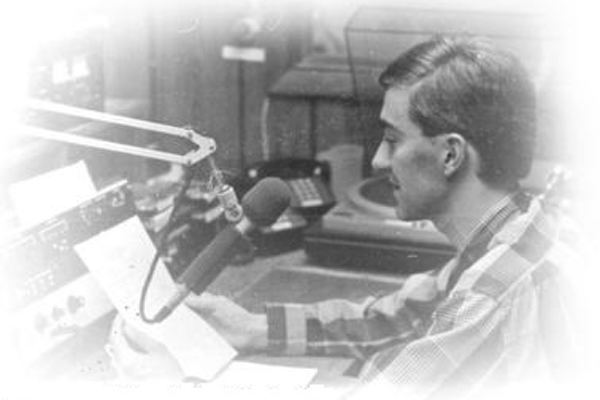 Regarding his history-themed writing, he has had such articles published in the Canada-based “History Magazine”; the London, England-based “History Today”; “America In WWII”--and many articles for History New Network. He has written articles about the following, which will be published in future issues, of “History Magazine”: a profile of Ivan The Terrible; a report on the Gang of Four Trial in China in 1980; a story about the famous 1967 U.S. Supreme Court case of “Loving v. Virginia,” and a story about the Grand Ole Opry.

When D-Day, 75th Anniversary: A Millennial’s Guide (to which he contributed two chapters) is published in 2019, this will be the fifth non-fiction book that he has either contributed and/or written solely. These books have been about, respectively, ice hockey; capital punishment; a biography of a famous American newscaster, and a book that chronicled the cultures, current events, leaders, news, and politics of 15 North African, Middle Eastern, and Southern European countries.

Divorced, he is the father of one son and one daughter.

Long has it been a policy of mine, in my work, to read books that do not directly relate to a book or story or project that I currently am working on. I find that, once I read said stuff, and then go back to the book or story or project that I am working on, this gives me a fresh perspective. In other words, my six senses (the five senses, plus kinesiology--i.e., the study of movement) become more alert and super-sensitive. Also, I am one of those people that is usually reading three or four books at a time. To directly answer your question: John Gunther’s Inside Africa; Robert K. Massie’s great Nicholas and Alexandra; Bob Gibson’s From Ghetto To Glory, and James Mustich’s 1,000 Books To Read Before You Die: A Life-Changing List.

Impossible to answer; rather, let me answer this question by way of the following: technically, I am a reading prodigy. When I was six, I was reading at a level common for fourth graders. So, I was reading non-fiction and history books at an unusually early age. The first history book of merit that really made an impression on me was Barbara W. Tuchman’s The Guns of August. Her sometimes slog-like prose is that of an academic historian but then again she was an academic historian. For some readers, the pace of her prose is as slow as molasses in Massachusetts in March. I have had friends who told me that they have tried to read a book of Tuchman’s but simply could not finish it. I am not a bibliophile or historical snob; I understand their viewpoints. However, regarding The Guns of August, when she gets her narrative motors running, in my estimation no history writer can keep up with her pace.

Perseverance and a strong set of eyes; be prepared to do more reading than can be imagined. Actually, to my way of thinking, reporters becoming historians is a natural progression and people who work in either/or profession, besides sharing those two traits, also share the following items: sometimes being intractable; possessors of a mental and physical toughness; having large vocabularies; being friendly and gregarious, and finally, being open-minded and non-judgmental. All of this helped me write the two chapters that I contributed to D-Day, 75th Anniversary: A Millennial’s Guide. 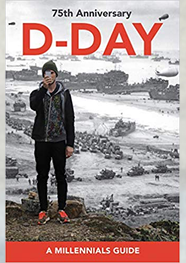 Professor Sidney Elkin, who was my instructor for the Political Science class when I was attending the Pennsylvania State University. Again, to my way of thinking, journalism, history, and political science--not always, but often--are interchangeable.

The most rewarding experience is, in retrospect, also the most memorable and it came via Professor Elkin. In his class, students had to pair off and visit poor people in their homes to conduct surveys asking them all sorts of--what I thought then and still very much think now--personal questions about their lowly economic status. I forget what we did with all the information we collected from the surveys; probably collated it. These people, many of whom were African-American, lived in squalid destitute in Aliquippa, Pa. This was in the days when Western Pennsylvania was the home base for U.S. steel manufacturing; now it is not. Many of these people were embarrassed by their economic status; I was quick to note that not many of them made eye contact with myself when I asked them the survey questions. What all of this taught me was, and is, that, in regards to history and journalism, statistics dealing with human beings are not just cold, sterile, numbers. Each digit is a person with dreams, desires, emotions, and feelings.

I have owned, or do own, literally thousands of history books; many of them I’ve given away to charities, friends, or libraries. I have a first edition of Lowell Thomas’ With Lawrence in Arabia (“Lawrence of Arabia” is one of my all-time favorite films) and a first edition of Gunther’s Inside Europe. Regarding artifacts, a main hobby is collecting American presidential campaign buttons. Some I bought, but most I got from when I covered Presidential election campaigns. Interestingly, both Thomas and Gunther were reporters before focusing more on history writing rather than hard-news reporting. Maybe, subconsciously, this is where I got the idea of becoming an author-historian-reporter.

Rewarding: simply the fact that I was, and am, given an opportunity to work in what I was trained to do. Frustrating: I am not sure that the following is a point of frustration or simply a phenomenon that goes with being a writer of history articles and books (it does not apply to my journalism career). To wit: this can be a very, very lonely life. I read three to four times as much, in toto, as the average person, simply because that is required to do this job well. Consequently, I am by myself for very, very long stretches of time. To anyone considering going into this field, I can not stress the following enough: make sure to make plenty of “down time” to share with family and friends. Also, be prepared to work holiday seasons as well. Deadlines for author-historian-reporters simply do not recognize such things.

Yet another difficult question. My immediate response is that due to the average attention span of people decreasing (if we are to believe sociologist’s studies), I am noticing that the study of history--and particularly the writing about it--may be becoming more driven by interest in personalities rather than events. I consider this a positive; in general, it puts things into human perspective. Most people would rather read about people than events and I tend to agree with them.

Being a decades-long international and domestic political reporter, I have, and know of, dozens of stories so I can easily provide one. This is listed on my Facebook profile and I will also repeat it here. One time during the 1964 American Presidential election, Senator Barry Goldwater, the Republican Party’s Presidential candidate, said something moronic in criticizing a social program by the incumbent, President Lyndon B. Johnson. In itself, this was unusual that Goldwater said a moronic thing because I once interviewed him and, although bull-headed, he was not at all moronic. Anyway, the following day, a reporter repeated what Goldwater said--never mind, for our purposes here, what it was--to LBJ while the President was sitting with his feet propped up before him behind his work desk in the Oval Office. LBJ rolled his eyes, shook his head from side to side, and said in that unique Texan drawl of his “Any jackass can kick down a barn but it takes a carpenter to build one.”

Besides continuing to write articles for history magazines and websites, I currently am at work in the multiple stages of self-editing my e-book of reportage about China. Afterwards, the e-book will be professionally edited. This will be the second in a series of books that I plan to write chronicling the cultures, histories, leaders, news, and politics of the world’s countries and regions. I am not yet sure what country will be the focus of Book Three in the series; maybe Brazil, maybe Canada, maybe some other country or region. These books will be somewhat similar to Gunther’s so-called “Inside” books. One thing that I have drifted away from, and did much of in the past, and which I very much miss doing, is writing profiles of the leaders and rulers of the world’s countries and regions. I have not yet been able to find the Internet, media, or press outlet for which these profiles would be a good fit. Attention, editors of said outlets, please be aware that, for commission, I am available for such work. In short, I have already accomplished much, but I have so much more to do.