Leadership and Mimicry: What Plutarch knew about Elizabeth Holmes

Jeffrey Beneker is professor of classics at the University of Wisconsin–Madison and the author of the forthcoming book How to Be a Leader: An Ancient Guide to Wise Leadership (Princeton University Press, November 2019). He lives in Madison, Wisconsin. 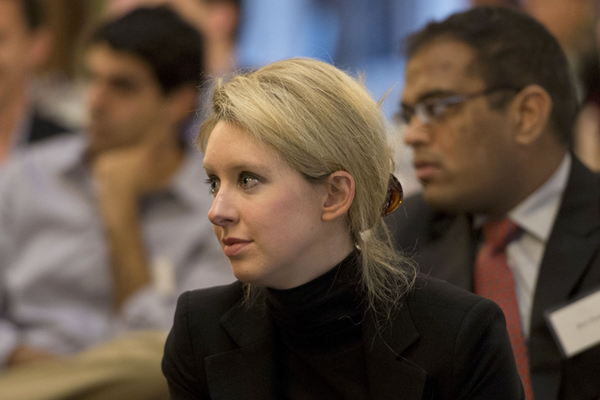 Founder of the biotech company, Theranos, Elizabeth Holmes is currently awaiting trial for cheating investors and deceiving her clients. She claimed that her company was building a device that would revolutionize healthcare by running dozens of lab tests on a single drop of blood. This device, called the Edison, was to become widely available in a nation-wide chain of drug stores, providing nearly every American with quick, affordable access to important information about their health. Holmes appeared to be doing the impossible, and nearly everyone believed in her, from seasoned Silicon Valley entrepreneurs to wealthy investors to former Secretaries of State. By the time she was thirty she had accomplished one of her childhood dreams: she had become a billionaire. But quick and easy blood testing, it turns out, really is impossible. While a legal decision about her behavior as CEO lies in the future, the verdict on her character appears to be in. Elizabeth Holmes is a fraud.

In the last year alone, Holmes has been the subject of a book (soon to be a movie), countless newspaper and magazine articles, an HBO documentary, and an ABC News podcast (soon to be a television series). This entrepreneur, once celebrated as a genius, is now more often called names like “disgraced fraudster,” and her career has repeatedly been cast in highly moral terms, with a rise-and-fall trajectory that seems already to have completed its arc. The way to explain the collapse of Theranos, it seems, is to study the deficiencies in Holmes’ character.

This approach to telling Holmes’ story calls to mind the Greek philosopher Heraclitus, who claimed that “character is destiny.” This ancient saying remains popular in our modern world. The New York Times editorial board used it just last year, for instance, to describe the downfall of Eliot Spitzer and to speculate about the future of Donald Trump. John McCain selected it as the title for his 2005 book, which contains stories of successful historical figures who demonstrated admirable character. Character alone, McCain argues in the introduction, determines the courses of one’s life and career. And so, according to both the ancient philosopher and the modern statesman, there is no pre-ordained path that we are obliged to follow, nor should we look for external guidance as we navigate our careers. We deserve full credit for our successes, but we must also take full responsibility for our failures.

Long before the rise and fall of Elizabeth Holmes, however, philosophers and ethicists were contemplating the implications of Heraclitus’ dictum. Plutarch of Chaeronea, for one, knew this principle well and wrote at length about the fundamental importance of character, especially for people in positions of power. He composed treatises on leadership, but his most ambitious project was the Parallel Lives, a lengthy series of biographies of Greek and Roman leaders that demonstrate how their virtues and vices affected their political and military careers.

For Plutarch, good character was fundamental to becoming an authentic leader. In his essay To an Uneducated Leader, he laments that most people who aspire to positions of power fail to realize that they must prepare themselves ethically. “And so,” he writes, “they imitate the unskilled sculptors who believe that their colossal statues appear great and strong when they fashion their figures with a mighty stride, a straining body, and a gaping mouth.” By emphasizing appearance over character, such leaders fool everyone, including themselves, into thinking they are the real thing because they “speak with a low-pitched voice, cast a harsh gaze, affect a cantankerous manner, and hold themselves aloof in their daily lives.” In fact, such leaders are just like the statues, “which on the exterior possess a heroic and divine facade but inside are filled with earth and stone and lead.” Plutarch is imagining statues made of bronze, which were cast over a clay core that remained inside. The statues, at least, could rely on this internal weight to keep them upright, while uneducated leaders “are frequently tripped up and toppled over by their innate foolishness, because they establish their lofty power upon a pedestal that has not been leveled, and so it cannot stand upright.” That pedestal, in Plutarch’s view, is character, and so a leader who forgoes ethical development is destined to fail.

Plutarch believed he could show that character was destiny by examining historical examples. In his biography of the Athenian orator and politician Demosthenes, for example, he presents an inauthentic leader who is publicly exposed as hollow. Demosthenes modeled himself on Pericles, an Athenian leader of an earlier generation who in both ancient and modern times has been portrayed in ideal terms. Demosthenes was selective in following his model, however, imitating only his style of speaking, his public demeanor, and his habit of getting involved in only the most important matters, “as though Pericles had become great from these practices alone” (Dem. 9.2). Now Demosthenes did indeed become a great speaker, and he used his oratorical prowess to organize resistance to Philip of Macedon, whose military might posed an existential threat to the independent Greek cities. He talked his way into a leadership position, but when the united Greek armies met Philip’s forces in battle, Demosthenes could not live up to the image he had created. “To this point he had been a brave man,” Plutarch explains. “In the battle, however, he did nothing that was honorable or that corresponded with his words, but he abandoned the formation, running away most shamefully after casting off his arms” (Dem. 20.2). Throwing away one’s arms, especially the heavy shield, was the proverbial sign of cowardice in Greek warfare. Thus, in this single act, Plutarch found all the proof he needed of Demosthenes’ deficiency in character. 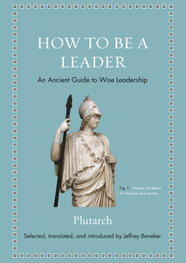 The modern story of Elizabeth Holmes is one that Plutarch would surely have recognized. ABC News in particular has focused on Holmes’ efforts to shape her public persona and so to conceal the clay inside. When the company was new, the young entrepreneur had no shortage of admirers. “Don’t worry about the future. We’re in good hands,” declares Bill Clinton in the podcast’s first episode. He is followed by an exuberant newscaster who compares Theranos to Amazon, Intel, Microsoft, and Apple, before gushing, “It could be that huge.” But Holmes was not who she pretended to be. In order to make her company more like Apple, she hired away Apple’s employees. And then she went a step further, donning a black turtleneck in deliberate imitation of Steve Jobs, “as though Jobs had become great by wearing the turtleneck alone,” Plutarch would have added. The black shirt, it turns out, was a metaphor for the black box that was supposed to be testing blood but never really had the right stuff inside. In ABC’s version of the story, neither Holmes nor the Edison was ever more than a shell.

In business and in politics, then, philosophers and reporters tell us that no one can hide deficiencies in character forever. “It is, of course, impossible for vices to go unnoticed when people hold positions of power,” Plutarch writes in To an Uneducated Leader (7). Then he adds this example: “When jars are empty you cannot distinguish between those that are intact and those that are damaged, but once you fill them, then the leaks appear.” So how do we avoid giving our money to an Elizabeth Holmes, or putting a Demosthenes in charge of our government, only to find out too late that they are not up to the challenge? The answer for jars is to fill them with water and check for leaks before we use them to store expensive wine or oil. Just so, Plutarch, and before him, Heraclitus, would surely have suggested that we ought not give millions of dollars to a first-time entrepreneur, or place an untested politician in high office. In those situations, their character may be their own, but their destiny is ours.