Ilhan Omar is a Reconstruction Reformer

William Horne is the Associate Editor of The Activist History Review and holds a PhD in History from The George Washington University. His dissertation, “Carceral State: Baton Rouge and its Plantation Environs Across Emancipation,” argues that white Americans created a system of carceral capitalism in the immediate aftermath of slavery. Broader interests include systems of power revolving around concepts of race, labor, capitalism, incarceration, and the state. 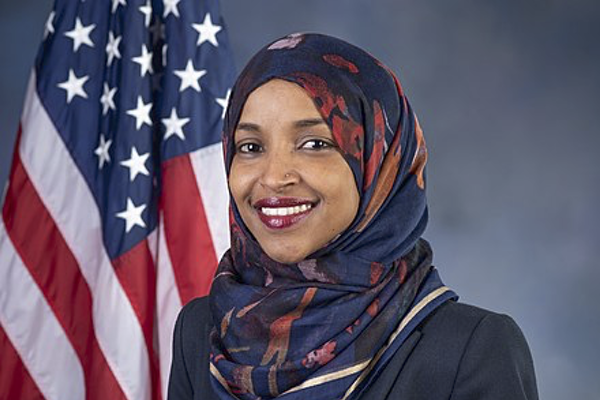 I stand with Ilhan Omar. As a historian of Reconstruction, I must.

Omar embodies the best of Reconstruction-era reformers. She articulates a robust and inclusive vision of civil rights. She is a vocal advocate for the dispossessed and an outspoken opponent of racism and bigotry. She opposes Donald Trump’s nativist and Islamophobic “Muslim ban” and supports paid family leave and raising the minimum wage. In fact, she even co-sponsored the “Never Forget the Heroes Bill” that would permanently authorize the September 11th Victims Compensation Fund.

That last part might come as a surprise to those who know Omar primarily from the wave of race-baiting unleashed by conservative politicians, press, and agitators. Indeed, the president himself has repeatedly Tweeted lies about Omar paired with images of the 9/11 attacks obviously designed to make Omar out to be a terrorist.

WE WILL NEVER FORGET! pic.twitter.com/VxrGFRFeJM

But we should recall that this has been a Republican strategy for quite some time now. The Republican Party of West Virginia implied that Omar was a terrorist last month, suggesting that Americans, by electing a Muslim, had “forgotten” the 9/11 attack. Again, this wasn’t some far-Right website. It was the WV state Republican Party.

Nor is Omar the first woman of color to be targeted by Trump. Last year, Trump launched similar attacks against California Congresswoman Maxine Waters. These and other racist and Islamophobic attacks on Omar and Waters have inspired death threats against both women.

As a scholar of Reconstruction, this recent surge in racist propaganda has me worried. It is precisely the tactic that conservatives used to subvert Reconstruction-era reforms. They publicly targeted politicians in their newspapers and incited violence as a tool to regain political power after having been defeated during the Rebellion.

I wrote about an eerily similar campaign of terror against Victor Eugène Macarty, an Afro-Creole politician recently for the Journal of African American History. Like Omar, Macarty was an outspoken advocate for equality. He had attended the voting rights convention on July 30, 1866 at the Mechanics Institute in New Orleans when it was attacked by police. He escaped death by hiding under the porch while New Orleans police officers, at the head of an angry mob of whites drummed up by the local press, attacked members of the convention and mangled their corpses.

I became interested in Macarty while researching his time as a member of the Orleans Parish School Board as part of a project examining the impact of racial science on state institutions after slavery. But the more I read about Macarty—who was singled out by the white-supremacist New Orleans Bulletin as “extremely offensive to the white people of this city”—the more I became intrigued by his story. During an era when the white press was reluctant event to print the names of African Americans, the Anglo papers in New Orleans routinely targeted Macarty, almost begging readers to attack him. They did.

After he confronted a white woman fired from her teaching position for supporting the White League—a white supremacist terrorist organization—the Bulletin repeatedly called for Macarty’s head. When the woman’s brothers attacked and left him for dead on September 16, 1875, the paper cheered the outcome and warned that the other Black school board members should “rememb[er] the fate of Macarty.” His attackers pleaded guilty and were “sentenced to each pay a fine of Ten Cents or one minute in the Parish Prison.” The court system in New Orleans functioned as an institution of racial control, letting Macarty’s attackers off the hook while signaling to African Americans that they would find no justice before the law. The continued media campaign and threats against Macarty played an outsized role in his political life and eventually led him to leave the city.

Macarty was not alone as a victim of media-initiated racist attacks. The white press regularly named targets for white vigilantism. White elites pioneered this form of racist terrorism after emancipation as a means of controlling African Americans and subverting working-class politics.

The consequences of the media campaign against Macarty should give us pause as the president and large portions of our national media engage in blatant race-baiting against Ilhan Omar and Maxine Waters. Indeed, it is hardly a coincidence that following this highly public, racist coverage, both Omarand Waters received death threats. As an activist and citizen, it is terrifying to see the resurgence of this Reconstruction-era tactic of racial oppression today.

What frustrates me as a scholar is that we’ve created a historiographic landscape in which African American contributions to American history are overlooked. We too often take a teleological approach to Reconstruction and spend too little time allowing ourselves to be surprised by the profound commitment to equality made by many of the era’s reformers. This act of intentional mis-remembering strengthens the foundation of white supremacy in our country. As we’re seeing right now, that’s incredibly dangerous.

Macarty was a revolutionary figure about whom little was known until my recent article, despite his having brought the first lawsuit against segregated seating in federal court in 1869. In fact, the same few lines had been written and rewritten about Macarty since James Trotter’s 1880 Music and Some Highly Musical People, published the year before Macarty’s death.

We need to better remember the stories of African American reformers and visionaries to counterbalance a field that remains plagued by Lost Cause categories, periodization, and imagery. We need to know more about those who led prior movements for equality. We need to celebrate their martyrs and understand the cause we inherit from them. And perhaps most crucially at this moment, we must become intensely aware of the tactics that their white supremacist opponents used to subvert equality.

Biography helps us accomplish these ends and we should pursue it vigorously and unapologetically. My friends and family are consistently surprised when they learn about my research into Macarty and his contemporaries. This cannot be the case, at least not if we hope to live in a society that values justice and equality.

Biography is a key pillar of historical instruction from grade school through high school. It helps students recognize themselves in historical figures large and small. Well-executed biographies allow them to better understand the debates of the past and relate them to those of the present. They also enable students to approach the past with humility and to see that our forebears grappled with many of the same issues we face today. This is one of the central “lessons of history” and among the most important that we can offer.

In researching Macarty, I realized the need for more African American biographies in Louisiana and, I suspect, throughout the 19th-century U.S. At least in south Louisiana, I came across many prominent African Americans about whom little or nothing is known. Take T.M.J. Clark, who after having been enslaved, taught himself to read and became the president of the State Insane Asylum. Or John Gair, who helped write the Louisiana Constitution of 1868 and survived numerous threats and an assassination attempt before being gunned down while in police custody in 1875. Our histories have either completely ignored these radicals or, in cases where they’ve been mentioned in passing, gotten them almost entirely wrong.

Moreover, like Macarty, Gair and Clark were subjected to race-baiting coverage in the media that effectively ended their careers. The white press slandered and vilified both men and each of them suffered brutal attacks by white supremacist vigilantes. Like Macarty, Gair and Clark demanded equality. It was the cause for which Gair was martyred and Clark forced to flee for his life, a permanent exile from his hometown.

This wave of media-inspired white supremacist violence effectively ended Reconstruction. No one was ever held accountable for the massacre of voting rights activists in New Orleans in 1866. Macarty’s attackers, after nearly beating him to death, faced no consequences. And though Gair was assassinated while in police custody in 1875, none of his attackers were ever charged. It was this failure to hold the race-baiting press, politicians, and vigilantes responsible that undermined any semblance of equality for more than 100 years.

Politicians like Macarty, Gair, and Clark took incredible risks and made enormous sacrifices to fight for equality 150 years ago. Their contemporaries failed to hold their attackers responsible. We cannot make that same mistake. 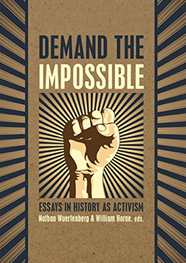