Will the U.S. Government Abide by the International Law It Created in Venezuela? 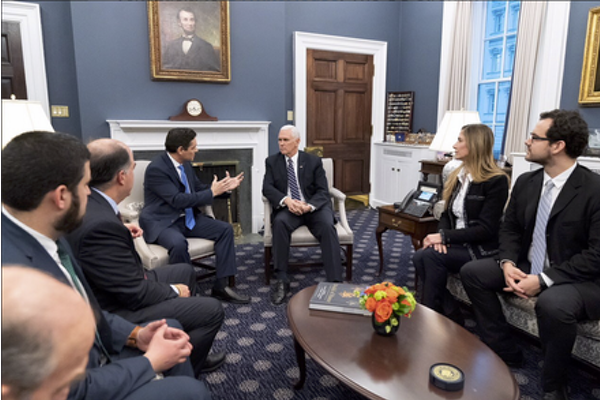 The Trump administration’s campaign to topple the government of Venezuela raises the issue of whether the U.S. government is willing to adhere to the same rules of behavior it expects other nations to follow.

During the nineteenth and early twentieth centuries, U.S. foreign policy was characterized by repeated acts of U.S. military intervention in Latin American nations.  But it began to shift in the late 1920s, as what became known as the Good Neighbor Policy was formulated.  Starting in 1933, the U.S. government, responding to Latin American nations’ complaints about U.S. meddling in their internal affairs, used the occasion of Pan-American conferences to proclaim a nonintervention policy.  This policy was reiterated by the Organization of American States (OAS), founded in 1948 and headquartered in Washington, DC.

Article 19 of the OAS Charter states clearly:  “No State or group of States has the right to intervene, directly or indirectly, for any reason whatever, in the internal or external affairs of any other State.”  To be sure, the Charter, in Article 2(b), declares that one of the essential purposes of the OAS is “to promote and consolidate representative democracy.” But this section continues, in the same sentence, to note that such activity should be conducted “with due respect for the principle of nonintervention.”  The U.S. government, of course, is an active member of the OAS and voted to approve the Charter.  It is also legally bound by the Charter, which is part of international law.

The United Nations Charter, also formulated by the U.S. government and part of international law, includes its own nonintervention obligation.  Attempting to outlaw international aggression, the UN Charter declares, in Article 2(4), that “all Members shall refrain in their international relations from the threat or use of force against the territorial integrity or political independence of any state, or in any other manner inconsistent with the Purposes of the United Nations.”  Although this wording is vaguer than the OAS Charter’s condemnation of all kinds of intervention, in 1965 the UN General Assembly adopted an official resolution that tightened things up by proclaiming:  “No State has the right to intervene, directly or indirectly for any reason whatever, in the internal or external affairs of any other State.”

Unfortunately, the U.S. government has violated these principles of international law many times in the past―toppling or attempting to topple numerous governments.  And the results often have failed to live up to grandiose promises and expectations. Just look at the outcome of U.S. regime change operations during recent decades in Iran, Guatemala, Cuba, Chile, Cambodia, Haiti, Panama, Nicaragua, Afghanistan, Iraq, Libya, Syria, and numerous other nations.

Of course, there are things worth criticizing in Venezuela, as there are in many other countries―including the United States.  Consequently, a substantial majority of OAS nations voted in January 2019 for a resolution that rejected the legitimacy of Nicolas Maduro’s new term as president, claiming that the May 2018 electoral process lacked “the participation of all Venezuelan political actors,” failed “to comply with international standards,” and lacked “the necessary guarantees for a free, fair, transparent, and democratic process.”

Nonetheless, the January 2019 OAS resolution did not call for outside intervention but, rather, for “a national dialogue with the participation of all Venezuelan political actors and stakeholders” to secure “national reconciliation,” “a new electoral process,” and a peaceful resolution to “the current crisis in that country.”  In addition, nonintervention and a process of reconciliation between Venezuela’s sharply polarized political factions have been called for by the government of Mexico and by the Pope.

This policy of reconciliation is far from the one promoted by the U.S. government.  In a speech to a frenzied crowd in Miami on February 18, Donald Trump once again demanded the resignation of Maduro and the installation as Venezuelan president of Juan Guiado, the unelected but self-proclaimed president Trump favors. “We seek a peaceful transition to power,” Trump said.  “But all options are on the table.”

Such intervention in Venezuela’s internal affairs, including the implicit threat of U.S. military invasion, seems likely to lead to massive bloodshed in that country, the destabilization of Latin America, and―at the least―the further erosion of the international law the U.S. government claims to uphold.