Proof that Bombs Can Stop Genocide 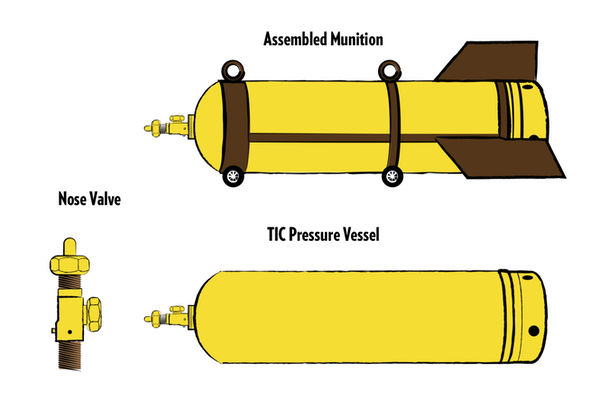 A new study has documented the Syrian government’s role in more than 300 chemical weapons attacks against its own citizens. Significantly, the new report found no evidence of any such gassing attacks in the ten months since last year’s U.S. missile strike on Syrian chemical warfare sites.

It’s time for some soul-searching by those who denounced that U.S. military action—including one of the current candidates for the Democratic presidential nomination and officials of the U.S. Holocaust Memorial Museum. It’s time to acknowledge that American bombs can stop genocide.

The landmark Syria report, released February 17 by the Berlin-based Global Public Policy Institute, found there were at least 336 chemical weapons attacks in Syria between 2012 and 2018, and 98% of them were perpetrated by the Assad regime.

According to the report’s detailed timeline of the Syrian chemical atrocities, there have been no such attacks since April 7, 2018. That date is significant—it was one week before the United States carried out major missile strikes on multiple Syrian chemical weapons facilities.

The strikes were praised by a wide range of foreign leaders and by prominent voices across the American political spectrum. But there were some notable, and disturbing, exceptions.

Rep. Tulsi Gabbard (D-Hawaii) said that since “Syria has not declared war against the U.S.,” missile strikes on the chemical sites were “illegal” and unconstitutional. Gabbard earlier said she was “skeptical” as to whether the Assad regime really was gassing civilians. She is now a candidate for the Democratic presidential nomination.

Rebecca Erbelding, a staff historian at the U.S. Holocaust Memorial Museum, tweeted in response to the missile strikes: “There are viable ways that the US can aid those being persecuted under an evil regime. Bombing isn't one of them.”

A few months earlier, the Museum had stirred controversy by issuing a report arguing it would have been “very difficult” for the US “to take effective action to prevent atrocities in Syria.” That sounded like a justification of President Barack Obama’s embarrassing failure to act on his famous “red line” ultimatum. After an outcry, the Museum backed down and deleted the report’s most objectionable language.

Amnesty International responded to the U.S. strike on the chemical weapons targets with a press release characterizing Assad’s atrocities as “alleged violations of the Syrian government.” Meanwhile, Code Pink and other antiwar groups staged “Hands off Syria” rallies around the country.

Seventy-five years ago this spring, the Roosevelt administration learned the full details of the mass gassing of Jews in the Auschwitz death camp. Thanks to two escapees from the camp, US officials even received detailed maps pinpointing the location of the gas chambers and crematoria.

Jewish groups in the United States and elsewhere pleaded with US officials to order air strikes on the mass-murder machinery, or on the railway lines and bridges over which hundreds of thousands of Jews were being deported to Auschwitz.

Since US planes were already bombing German oil fields within five miles of the Auschwitz gas chambers as well as railway lines and bridges throughout that region of Europe, it would not have diverted from the war effort to drop a few bombs on the transportation lines to Auschwitz or the mass-murder machinery. But the Roosevelt administration refused.

Those who have not learned from the moral failures of the Holocaust era should at least pay attention to more recent evidence of how U.S. military force can be used to interrupt genocide or other atrocities.

Recall that President Bill Clinton used air strikes to put an end to atrocities in the Balkans. President Obama used military force to preempt the plan by Libyan dictator Muammar Qadaffi to carry out what the president called “a massacre that would have reverberated across the region and stained the conscience of the world.” Obama also took military action to end the ISIS siege of thousands of Yazidi civilians in Iraq.

The new report on Syria urges the US to further damage Assad’s chemical weapons potential by “directly targeting the military formations that would be responsible for any future attacks.” It argues that “the Syrian helicopter fleet, which has played a critical role in the delivery of conventional and chemical barrel bombs, should be a primary target.”

If President Roosevelt had heeded the pleas that were made in 1944 to use force against the machinery of genocide, many lives could have been saved. Let’s hope the current president will learn from FDR’s mistake.