Is There a Statesman in the House?  Either House?

John T. Shaw is the director of the Paul Simon Public Policy Institute at Southern Illinois University in Carbondale. His books include Rising Star, Setting Sun: Dwight D. Eisenhower, John F. Kennedy and the Presidential Transition that Changed America and JFK in the Senate: Pathway to the Presidency. 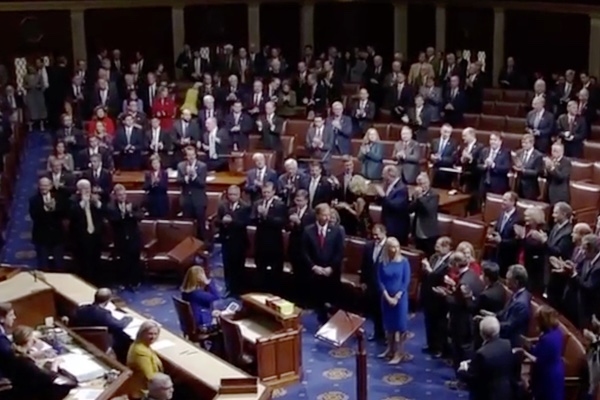 It seems likely that 2019 will be one of the most challenging and consequential years in recent American history, perhaps on par with 1974. When Robert Mueller’s investigation of President Donald Trump concludes and his report is likely sent to Congress, a time of reckoning will be upon us.

The United States will need leaders in both parties to display a quality that has been in short supply in our country in recent years: statesmanship.

Statesmanship is a pattern of leadership, and an approach to public service, that is characterized by vision, courage, compassion, civility, fairness, and wisdom. Statesmanship can involve bipartisanship, but it is not the same as bipartisanship. History proves that there can be a strong bipartisan consensus to enact harmful policies or to evade difficult alternatives.

Genuine statesmanship requires leaders to dispassionately consider issues, carefully weigh evidence, and fairly render verdicts, even if they go against personal preferences or are contrary to the desires of their political base. Given our current political climate it is easy to forget that statesmanship, while unusual, has been a critical feature of American politics and history.

Republican senator Arthur Vandenberg played a pivotal role in the late 1940s in securing congressional approval of key elements of President Harry Truman’s foreign policy including the Marshall Plan and NATO. Margaret Chase Smith, a first term GOP senator from Maine, broke from party ranks in 1950 and challenged Joseph McCarthy and his demagogic tactics. Senate Republican Leader Howard Baker damaged his chances for the 1980 GOP presidential nomination by supporting the Panama Canal treaties that were negotiated by President Jimmy Carter. Republican Richard Lugar, then the chairman of the Senate Foreign Relations Committee, defied President Ronald Reagan in the mid-1980s and pushed for economic sanctions on the apartheid regime in South Africa.

Decisions of similar gravity are likely to face political leaders in Washington in 2019. Democrats should fairly evaluate Mueller’s report as it pertains to alleged Russian collusion and obstruction of justice by the president. They should not overreach because of their antipathy to Trump or avoid their responsibilities if Mueller’s findings suggest impeachable crimes if they fear that such an action would complicate their 2020 prospects. Republicans must end their reflexive and unworthy tendency to overlook the president’s frequently egregious and possibly criminal behavior because Trump remains hugely popular with the GOP base.

Senator Paul Simon, a consequential and successful public official in Illinois for more than four decades, worried during his final years that statesmanship appeared to be at low ebb. “We have spawned ‘leadership’ that does not lead, that panders to our whims rather than telling us the truth, that follows the crowd rather than challenges us, that weakens us rather than strengthening us,” he wrote. “It is easy to go downhill, and we are now following that easy path. Pandering is not illegal, but it is immoral. It is doing the convenient when the right course demands inconvenience and courage.”

Decades earlier, Senator John F. Kennedy wrote eloquently on the subject. In Profiles in Courage, he argued that politicians sometimes face “a difficult and soul-searching decision” in which “we must on occasion lead, inform, correct and sometimes even ignore constituent opinion.” Kennedy added that being courageous “requires no exceptional qualifications, no magic formula, no special combination of time, place and circumstance. It is an opportunity that sooner or later is presented to all of us. Politics merely furnishes one arena which imposes special tests of courage.”