What I’m Reading: An Interview With Historian Stacy D. Fahrenthold 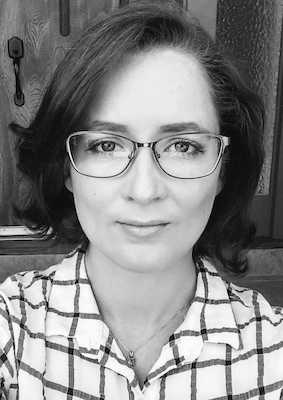 Stacy D. Fahrenthold is a historian of Middle Eastern migrations, and she is currently Assistant Professor in the Department of History at University of California, Davis. Her book, Between the Ottomans and the Entente: the First World War in the Syrian and Lebanese Diaspora, 1908-1925 (OUP, March 2019), examines the politics and activism of a half million Ottoman subjects in the Americas when their home empire fell. She studied at Georgia State University and Northeastern University, where she received her PhD in 2014. Dr. Fahrenthold tweets from @SDFahrenthold.

I’ve been reading mostly about borderlands as I prepare a new comparative history course on the theme of “bans and border walls.” Laura Robson’s States of Separation: Transfer, Partition, and the Making of the Modern Middle East offers insight into how the partitioning of the Ottoman Empire after World War I abetted massive programs to remove, displace, and resettle refugees, with consequences to the present day. Camila Pastor’s The Mexican Mahjar: Transnational Maronites, Jews, and Arabs under the French Mandate examines the politics of Middle Eastern migration to Mexico, casting new light on these bordering practices beyond the region itself. And I recently revisited Ruben Andersson’s Illegality, Inc.: Clandestine Migration and the Business of Bordering Europe, which reveals the economies enabled by border policing. It touches on smuggling, military armament, and incarceration in the contemporary Mediterranean.

My answer to this question probably changes every season, but at the moment Melanie Tanielian’s The Charity of War: Famine, Humanitarian Aid, and World War I in the Middle East is certainly a contender! Tanielian tells an important story about the First World War from the position of the Ottoman home front. It’s a must-read for anyone interested in the impact of war on civilians, in the Middle East or beyond.

A willingness to fail frequently, and a commitment to failing a little bit better each time.

I was fortunate to have many fantastic teachers and mentors as I studied. Isa Blumi taught me to question the received wisdom of traditional historiography. Christine Skwiot challenged me to read widely and pay attention to footnotes. Ilham Khuri-Makdisi taught me to never give up the dogged pursuit of new sources, and to honor the stories I find as best I can.

A couple of years ago I taught a course on World War I in the Middle East, and students worked together to produce a digital newspaper capturing Ottoman perspectives of the war using primary sources they found in their research. The paper, called World War Alla Turca, followed the historical timeline as we progressed through the syllabus, and my students found an impressive array of digital resources in Middle East history.

I sincerely hope that historians stop taking the bait in our national conversation about the humanities-as-failing. I worry about the impact of “meme-ification” of crisis rhetoric on our prospects as a discipline. Of course, there are many amazing scholars already combatting austerity, meeting the challenges of reduced enrollment, and confronting popular distrust in our institutions. They inspire me and I think that they represent where we’re headed.

Economic austerity in the U.S. and political instability in the Middle East have combined to make accessing archives much more difficult over time. But on the other hand, a new culture of collaboration among researchers and digitization of primary sources has made my work more enjoyable, too.

Since finishing the book, I’ve started a new project on Middle Eastern migrants who encountered border police during their journey. It builds from my ongoing data mining project that has tracked hundreds of state attempts to halt, detain, or surveil Syrian, Turkish, and Assyrian individuals across the Americas. It’s really exciting, in part because digitization projects undertaken by regional archives have made these police records more accessible. The stories are also intrinsically microhistorical and engaging to read.