How Unprecedented Would It Be to Have a President with Native American Ancestry? 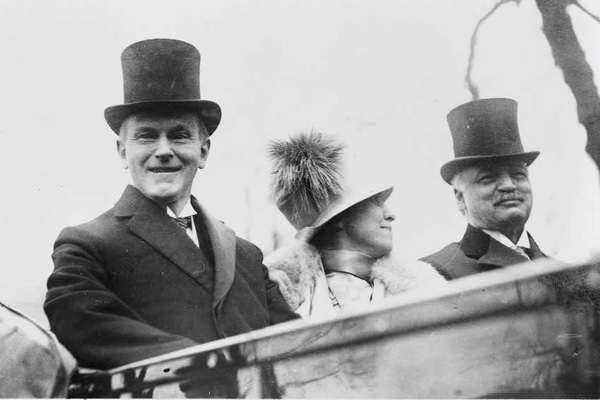 Senator Charles Curtis (right) with President Coolidge and Grace Coolidge on their way to the Capitol building on Inauguration Day, March 4, 1925.

The recent controversy regarding Massachusetts U.S. Senator Elizabeth Warren and the DNA test that proved her to be either a Native American or a fraud (depending on one’s historical or political point of view) calls to mind an era and personalities associated with neither DNA tests nor Native Americans—the Republican Party in the 1920s, the reign of Harding and Coolidge and Hoover—and of little-remembered Vice-President named Charles Curtis. 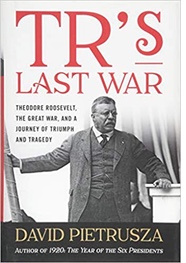 For in a period in which the Ku Klux Klan ran high, in each presidential year from 1920 through 1932, the National Republican ticket boasted a nominee with Native American blood.

But first, let’s deal with DNA. In 1920, the GOP nominated Ohio US Senator Warren Gamaliel Harding, who a nationwide whispering campaign charged with possessing a strain of African-American blood. Harding himself was never sure of what to make of the allegation, and an adviser advised him not to bother denying it so as to not lose Northern black votes, but in 2015, DNA samples from Harding’s relations proved he contained no traces of Sub-Saharan ancestry.

But Harding’s 1920 running mate, Massachusetts Governor Calvin Coolidge, did possesses non-white blood—Native American blood. And he made little bones about it.

As Coolidge himself wrote in his Autobiography:

My grandfather, Calvin Galusha Coolidge, died when I was six years old. He was a spare man over six feet tall, of a nature which caused people to confide in him, and of a character which made him a constant choice for public office. His mother and her family showed a marked trace of Indian blood, I never saw her, but he took me one time to see her sister, his very aged aunt, whom we found sitting in the chimney corner smoking a clay pipe.

Vermont Yankee Coolidge, however, seemed about as white as one might be either then or now. Not so Herbert Hoover’s fairly dark-skinned 1928 and 1932 vice-presidential running mate, Charles “Indian” Curtis of Kansas, the Senate’s former Majority Leader.

Curtis’s mother was of equal parts Kaw, Osage, Pottawatomie, and French ancestry. Her son’s first words were in French and Kaw, and after her death youngster Curtis spent a portion of his childhood on a Kaw reservation. He was also technically the first Roman Catholic veep, baptized by a Jesuit missionary to the Pottawatomies. Curtis, a Methodist, was very much surprised to learn of that in the 1920s—or, at least, said he was.

It’s difficult to distinguish yourself in the vice-presidency (said Will Rogers: “The Republican Party owed Curtis something, but I didn’t think they would be so low down as to pay him that way”). And it is even more difficult to say that the three-eights Native American Curtis did, being mostly recalled today (if he is remembered at all) as the model for the ineffectual veep Alexander Throttlebottom in the Gershwin 1931 Broadway musical-comedy Of Three I Sing. Its second act, even saw the unimportant Throttlebottom having to sneak into the White house on a group tour.

Mrs. Gann was Curtis’s younger half-sister, “Dolly.” Alice Longworth was, in fact, none other than “Princess Alice,” TR’s rambunctious first daughter and the wife of the fast-living Republican Speaker of the House Nicholas Longworth (“He’d rather be tight than be President,” sayeth Alice). Except for widower Curtis’s cheating at poker (“Well,” recalled Alice, “we just don’t come in when Charlie deals . . . .”) he tread considerably more demurely in Washington, residing modestly with Dolly and her husband, Edward Everett Gann. Upon Curtis’s 1928 election, however, a crisis of protocol, arose, as Curtis insisted on bestowing the honors normally accorded a “Second Lady” to “Second Sister” Dolly. Alice Roosevelt conversely thought she, as the House Speaker’s wife deserved pride of place. In April 1929, when financier Eugene Meyer hosted a dinner marking his retirement from the Federal Farm Loan Board, nobody knew who would sit where, causing both the Longworths and the Curtises to both remain sitting at their respective homes and detonating a very public feud among what passed for society along the Potomac.

In 1932, rumors spread that Herbert Hoover wanted to dump Curtis from the ticket. Alice Roosevelt Longworth certainly did, preferring her younger half-brother Theodore Roosevelt Jr., however doomed the post might be. When at that year’s GOP convention, Will Rogers (9/32Cherokee) expressed his support for fellow-Indian Curtis (“Charlie Curtis is the last Indian in high office—and I’m not going to let anyone tomahawk him”) to his fellow Democrat H. L. Mencken, “The Sage of Baltimore” snorted: “The Republicans should not show so much race prejudice. They had an Indian last time. They ought to get a n---r this year.”

Neither Hoover nor the acerbic Mencken ever did hatchet Curtis, but voters handily jettisoned both Hoover and Curtis in 1932.

The moral of our tale? It’s nice to have good chromosomes. It’s better to have the votes.