What’s Happened to the Big Wage Increases Promised by Republicans? 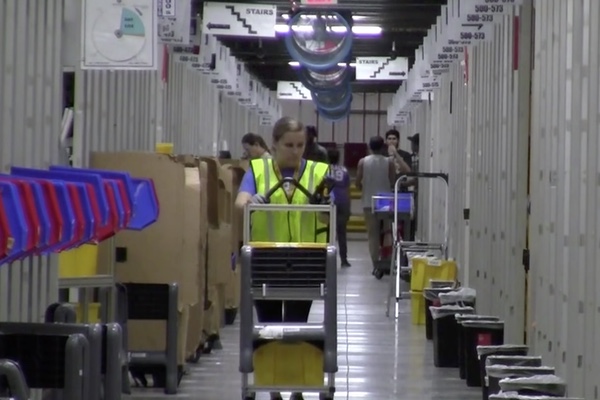 The rich made off with the money the GOP predicted would be shared with workers.

The recent announcement by the founder of Amazon, Jeff Bezos, that his company would give substantial raises to its lowest-paid employees should not blind us to the fact that most American workers are not receiving big wage increases. In fact, the real wages (that is, wages adjusted for inflation) of average American workers are declining.

When justifying the Republicans’ December 2017 $1.5 trillion tax cut for corporations and the wealthy, President Donald Trump and House Speaker Paul Ryan claimed that it would result, in 2018, in wage gains for American workers ranging from $4,000 to $9,000 each.

Why did the Republican promises go unfulfilled? A key reason for stagnating wages lies in the fact that U.S. corporations used their windfall derived from the slashing of the corporate tax rate from 35 to 21 percent under the 2017 GOP tax legislation to engage in stock buybacks (thereby raising their stock prices) and to increase dividends to share-holders. This practice produced substantial gains for big corporate investors but did nothing for workers. Although it appears that some workers (a reported 4 percent) did receive pay raises thanks to the tax cuts, it’s estimated that corporations spent 88 times more on stock buybacks than on pay increases for workers.

Another important long-term factor that has depressed workers’ wages is the dwindling membership and declining power of America’s labor unions. Once a force that created a more level playing field between workers and their bosses, unions have been badly weakened in recent years by Republican-sponsored anti-union measures, such as so-called “Right-to-Work” laws and the subversion of the National Labor Relations Board.

The Republican opposition to raising the minimum wage has also undermined wage levels. In the past, numerous Republican Presidents backed legislation that increased the minimum wage. But that position has radically changed as the Republican Party has turned sharply to the Right. Although the federal minimum wage has remained at $7.25 for more than nine years, Trump and congressional Republicans have blocked legislative efforts to raise this pathetically low wage floor, contending that they saw no need for a federal minimum wage. Moreover, Republicans have used their control of state governments, as in Missouri and Iowa, to block cities and counties from raising local wage levels through legislation.

By contrast, Republican policies have done wonders for the wealthy and their corporations. By the fall of 2018, the stock market had reached new heights and the fortunes of the wealthiest Americans had grown remarkably. According to Forbes, the wealth of the 400 richest Americans averaged $7.2 billion each―a hefty increase over the previous year, when they averaged $6.7 billion. Moreover, the ten richest Americans possessed $730 billion among them―an increase in their wealth of nearly 20 percent over the past year. And the very wealthiest American, Jeff Bezos, nearly doubled his wealth during this time―to $160 billion. From the Republican standpoint, their programs had been a great success. Accordingly, the GOP-controlled House of Representatives voted in late September to make its steep tax cuts for corporations and the wealthy permanent.

So let’s stop saying that Republican rule in the United States―from the White House, to the Congress, to the Supreme Court, and to the states―has been dysfunctional. It’s been very functional―not for American workers, of course, but certainly for those people Bernie Sanders has referred to as “the billionaire class.”