These are the authors in the running to win the $75,000 Cundill History Prize 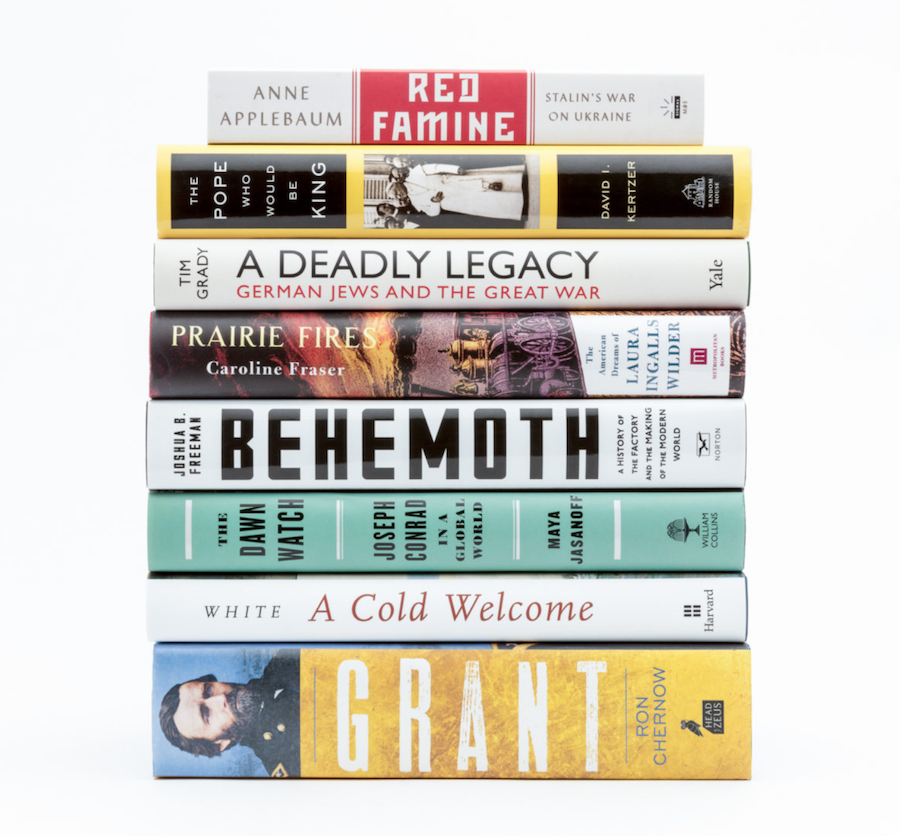 The world’s leading history prize (US$75,000) has announced an exceptional shortlist of award-winning historians tackling issues from climate change to the political power of the pope, from American heroism to how factories have shaped our societies, from Stalin’s greatest crime to Jewish involvement in Germany’s war machine.

The shortlist was revealed at an exclusive event at Canada House as part of London’s inaugural Festival America today.

Mark Gilbert, Chair of the Jury, said: “The eight books we have chosen – by historians working at the height of their powers – range across cultural, political, social history and biography. What unites them all is the craftsmanship of their authors: their dedication to unravelling the past and making it come alive for a contemporary audience. Every book on this shortlist will be read by specialists, but each one will find a more general readership.”

With three Pulitzer Prizes and many other awards between them, the world-leading authors chosen by the prize’s eminent jury of fellow historians represent some of the highest quality scholarship produced anywhere in the world. ...

Grant, by the Pulitzer Prize-winning author Ron Chernow, is an epic biography of one of America’s most compelling generals and presidents: an unheroic American hero who surprised the world and changed it for the better. Head of Zeus (UK), Penguin Random House (CAN/US)

Joshua B. Freeman offers a piercing perspective on how factories have shaped our societies and the challenges we face now in Behemoth: A History of the Factory and the Making of the Modern World. W.W. Norton & Company (UK, CAN, US)

In the Wolfson Prize-shortlisted A Deadly Legacy: German Jews and the Great War, Tim Grady shows that German Jews were never at the periphery of Germany’s warfare, but were in fact heavily involved, contributing to a legacy that enabled Hitler’s rise to power. Yale University Press (UK, CAN, US)

In The Dawn Watch: Joseph Conrad in a Global World, the Harvard Professor and Windham-Campbell Prize winner Maya Jasanoff explores the forces that shaped the author Joseph Conrad’s life at the dawn of the twentieth century: migration, terrorism, the tensions between global capitalism and nationalism, and a communications revolution. HarperCollins (UK), Penguin Random House (CAN, US)

In The Pope Who Would Be King, the Pulitzer Prize-winning author David I. Kertzer takes on the untold story of a bloody revolution that spelled the end of the papacy as a political power and signalled the birth of modern Europe. Oxford University Press (UK), Penguin Random House (CAN, US)

Weaving together evidence from climatology, archaeology, and written historical record in A Cold Welcome, Sam White shows the effect the Little Ice Age had on the first European settlers in America, reminding us of the risks of a changing and unfamiliar climate. Harvard University Press (UK, CAN, US)