No, Christine Blasey Probably Isn’t Behaving Like the Children Who Leveled False Accusations in the Salem Witch Trials

Tony Fels, Professor Emeritus of History at the University of San Francisco, is the author ofSwitching Sides: How a Generation of Historians Lost Sympathy for the Victims of the Salem Witch Hunt (Johns Hopkins University Press, 2018). 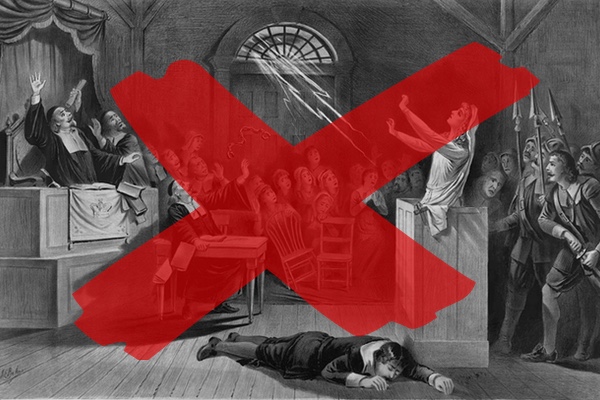 Related Link What historians are saying about the Kavanaugh nomination

President Trump isn’t the only one citing the Salem witch hunt to shape public opinion these days. Reference to the infamous witch hunt of 1692 has again entered public discourse to explain psychology professor Christine Blasey’s accusation that Supreme Court nominee Brett Kavanaugh sexually assaulted her when both were teenagers. Columnist Lance Morrow used the Salem analogy in a Wall Street Journal opinion essay to cast doubt on the truth of Professor Blasey’s charge, likening it to the wild imaginings of the Salem girls and young women whose accusations of witchcraft led to the execution of twenty innocent women and men (five others died in prison awaiting trial). For Morrow, ideological extremism – religious in nature for Salem’s seventeenth-century Puritans, political for today’s progressives supposedly behind Professor Blasey’s effort to derail Judge Kavanaugh’s nomination – offers the common denominator in the analogy to Salem. 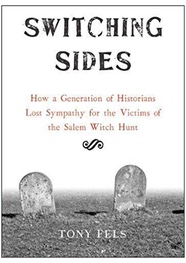 Morrow’s reasoning is plausible, but the lessons of the Salem events for this bitter conflict of today lie deeper and in a different direction.

The plausibility of his interpretation begins with the adolescent aspect to the charges. The core group of about seven Salem accusers were girls and young women ages 11 to 20, just as Christine Blasey has, in effect, returned to her own age of 15 to recall what she says happened to her on the night in question. We know further from the controversy over recalled memories of sexual abuse that broke out in the early 1990s that memories of childhood traumas, as “recovered” by sessions with psychotherapists much later in life, can be filtered through distortions of multiple sorts, making the truth of such claims suspect.

The Salem accusations of witchcraft, moreover, came forth within a social context of local, village grievances that often stemmed back generations to the belief that a mother or grandmother of the accused had also been a “witch,” who had earlier injured members of the accuser’s extended family. The upper-middle-class world of suburban Washington D.C. in the 1970s and 1980s may similarly be regarded as a relatively self-enclosed “village,” in which most people knew one another by sight or reputation. And, as several sources have reported, Professor Blasey’s parents suffered an adverse legal ruling at the hands of Brett Kavanaugh’s mother, also a judge.

Add to these circumstances the political penchant today to assign stark labels of good and evil to public figures with whom one agrees or disagrees, and the parallel to the Salem events appears quite compelling. At Salem the witch hunt gathered its greatest momentum when a former minister of Salem Village, Reverend George Burroughs, stood accused (he would soon be executed). Similarly, to bring charges of sexual assault against a man who has been a highly respectable judge for many years may be seen as an act of great audacity, raising the “Me-Too” movement to its highest profile yet.

On the other hand, the truthfulness of Professor Blasey’s charge is just as plausible. The fact that she only very slowly and over a long period of years gained self-awareness about the alleged attack – sufficient even to know what to call it – is a common feature of the stories of genuine sex abuse victims. Her process of coming to terms with the trauma of this alleged event from her teenage years is corroborated by what she confided to her psychotherapist and husband, beginning in 2012, six years before anyone knew that Judge Kavanaugh would become a Supreme Court nominee. That she wavered over the past couple of months before making her identity known reflected real fears that she and her family would be seriously threatened with reprisals, a fear that has been fully borne out by the harassment she has suffered from the public in the few days since her anonymity ended. She and her family have even been forced into hiding for their own safety. She now faces the prospect of a grueling public appearance before a congressional committee that is likely to include strenuous attempts by Brett Kavanaugh’s supporters to discredit her, not to mention the judge’s own forceful denial of her account. In short, she seemingly has nothing to gain from her public accusation of Judge Kavanaugh except precisely what she claims is her only motive: to do her civic duty in preventing a man who is not as upstanding as he appears from gaining a seat on the nation’s highest court.

This is where the Salem events from 1692 offer some valuable lessons for today. Those lessons do not come down to raising doubts about the veracity of Professor Blasey’s charge against Judge Kavanaugh, since at this moment we simply don’t know enough about her accusation to be able to determine who is telling the truth. One forgets from the vantage point of today just how rational the charge of witchcraft seemed to nearly everyone, whether educated or not, in seventeenth-century New England. Nearly all believed in a cosmos of spirits, including good spirits (or angels) and bad spirits (or demons). Given this practically universal belief, it was perfectly reasonable to think that some individuals might be enlisted by Satan to help carry out his plans to overturn the pious Puritan commonwealth. It was not the accusers’ beliefs (or delusions, depending on your point of view) that are the hallmark of the Salem witch hunt but rather the rush to judgment by a fearful community intent on finding scapegoats to punish for perceived misfortunes. That this community would utilize its own beliefs to do so is no more unusual than later communities or nations using their own beliefs to persecute innocent people or groups.

What is different between the events of Salem and today is that the legal system of seventeenth-century Massachusetts had few safeguards against such perversions of justice. Criminal defendants were not yet entitled to the aid of counsel. Judges did not see themselves as neutral upholders of legal ground rules but rather entered into the proceedings on one side or the other. Examinations and trials lay vulnerable to the emotions of the crowd. And non-empirical evidence was ruled admissible in court. A congressional committee is not a court of law, but if it fails to take advantage of modern legal protections for both sides in this dispute, we will find ourselves back in a horrifying era which we thought we had outgrown.